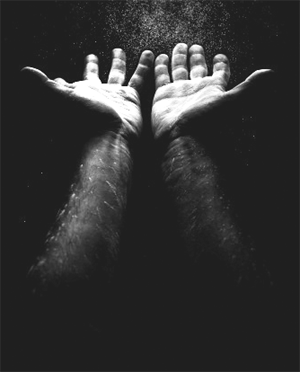 Hindu philosophy abounds in concepts that have potential for interpretation at all times in line with the expansion of human knowledge. Moksha and Nirvana are two such concepts that have always fascinated mankind, especially to those in search of Absolute Truth. My own understanding of these terms in very trivial terms is as follows. Attaining Moksha is like reaching a state of permanent bliss in the course of this current life itself and Nirvana is something like an eternal escape from the cycle of births & deaths. Many Indian philosophers and saints talk about the time wasted by ordinary mortals indulging in activities that yield momentary pleasure forgetting the bigger objective of seeking eternal bliss. It is said that Moksha is not something beyond reach. It is always attainable to those who are willing to seek knowledge and go that extra mile of sacrifices. But when it comes to Nirvana, it is said that the overall karma (till date) can tilt the balance for or against us.

Happiness or unhappiness is purely dependent on the perceived notion of individuals at a particular time. What is happiness for one can be unhappiness for another. What is physical pleasure for one can be mental pain for another. In fact it is directly related to the experience and knowledge of the individual. Someone who has no knowledge about a rose and has no experience in smelling one will not be aware of the happiness or pleasure in smelling a rose. That means our brain should have the prior information before we get prompted to seek a particular pleasure. Otherwise it should be purely accidental as a first time effort. In both the cases, the information gets stored in our memory and that in turn prompts us to go for it again and again.

Modern science has established that human memory is nothing but a very complicated electromagnetic system. If there is a way to switch off or alter the memory cells containing information about the mundane pleasures and painful events, it should be possible to guide the individual towards permanent bliss. It is nothing but a state of unawareness about pain and transient pleasures. Perhaps this is exactly what those seekers of God who undertake various penance, sacrifice (and rituals) accomplish as Moksha in a natural way - a perfect rearrangement of the system that leaves only selective memory behind. King Siddhartha got enlightened while sitting under a pipal tree on that fateful day, Ramana Maharshi attained it through meditation in those caves and Ramakrishna got the bliss instantly while watching a group of swans fly past him. Presently we have several equipment that can record electromagnetic activities in our brain and days may dawn when we can selectively manipulate the memory cells too (like defragmentation of computer disk).

The concept of Nirvana goes much beyond all these. It is like escaping from this universe lock, stock and barrel. If we can look at universe from a sub-atomic level, we find little difference between anything, living or non-living. We have the same basic structure as the chair we are sitting in or the dog we are fondling. The basic particles that make up everything in this universe are in constant motion, making it difficult to even differentiate the boundaries. For the living species, we have to conclude that the soul - an intangible spark of energy - acts as a nucleus carrying a particular set of particles around it. It is almost like a movie where light beams are projected on the screen to form perceptible images indulging in pre-determined acts.

If this analogy is true, we can always consider the Supreme Intelligence (operator) behind the projectors as determining everything that happens in this universe. It may also be possible that there are different planes on which we can get projected and we call them differently as hell, heaven or all those 14 worlds referred in Hindu mythology. We know for sure about a similar situation in the case of sounds. Human beings are blissfully ignorant about the vast amount of noises and voices that surround us in inaudible frequencies. There is communication between bats and whales that we cannot normally hear. Similarly, we may be having different planes of existence in our midst and we are unaware of it. Transmigration of souls between these different planes of existence can be the samsara sagaram we are talking about.

It is a simple fact that everything in this universe is logical, though it may not be clear to all of us at all times. In retrospect most illogical events can turn out to cent percent logical. Sometimes it depends upon our prior knowledge and experience to appreciate the logic of uncommon happenings in nature. Recently there was a water sprout at Kovalam beach, which made sense only to those who knew the science behind it. For others, it will remain a mystery or miracle until they gain knowledge about it later on. So ultimately everything in this universe has a logical foundation. The above projector and screen analogy can be the logic behind our own existence. The operator (of the projectors) decide how we move from one world to another and finally leave the scene altogether. The complete story may not be pre-determined or fatalistic as we call it. There can be room for each one of us to act within overall contours of fate and destiny.