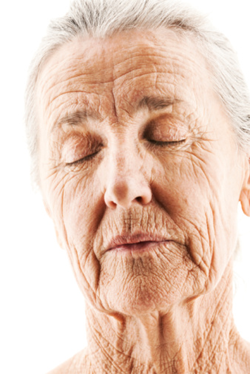 Life expectancy in India has risen from 36-37 years in 1950-51 to 62.6 years in 1996-97. The WHO Report (1998) predicts that by 2025, life expectancy at birth will reach 73 years worldwide. This surge is expected to result from a series of medical advances including therapies for heart disease and cancer, the rejuvenating effects of human hormones, organ transplantation, and methods to slow the aging process through bioengineering and identification of genes responsible for aging with attempts to tackle them to produce an anti-aging effect.

Biologically, the prime ‘instinct’ in living organisms is self-preservation, followed by reproduction and sex. From times immemorial there have been efforts and experimentation with measures likely to improve the declining age-related sexual performance. The male’s concern about sexual prowess is far more intense than the female’s.

Modern endocrinology traces its beginnings to the announcement of 72 year old Prof. Brown-Sequard (1817-1894), the French neuro-physiologist, successor to the illustrious Claude Bernard (1813-1878) that he had rejuvenated himself with injections of a saline extract of dog’s testicles (named as ‘Brown-Sequard Injection’). In his diary he records, “It is sufficient to state that everything I have not been able to do for several years on account of my advancing age, I am able to perform most admirably”.

We today know that Brown-Sequard had the right idea but the wrong extract as testosterone is insoluble in saline. His colleagues to his chagrin completely rejected his suggestion, and finally Brown-Sequard had to admit that his rejuvenation must have been caused by wishful thinking.  This probably happened just in time to save the dog population of Europe. (Ref: Steroid Drugs by Norman Applezweig, McGraw Hill, New York, pp 242, 1962).

Many fake clinics and quack sexologists rob the sexually under-performing males in a clandestine manner with assurances that their ‘secret’ remedies would transform them into raging bulls and studs. Lately, some effective anti-impotency drugs like sildenafil (Viagra), tadalafil (Cialis), and vardenafil (Levitra) have been introduced.

With advancing age man suffers a decline in intelligence and memory, and ultimately suffers from senile dementia or Alzheimer’s disease. There are some over 30 chemicals that are being tried as “nootropic” (acting on the mind) agents, popularly known as “smart pills”. It is claimed that they improve human intelligence, enhancing cognitive function thereby having an anti-aging effect. However, not many of them have been approved for human use. The ravages of aging are yet to be conquered. Till then life-style, diet, heredity, exercise, and ethnicity would continue to be the operative factors.