Caught in a Hurricane 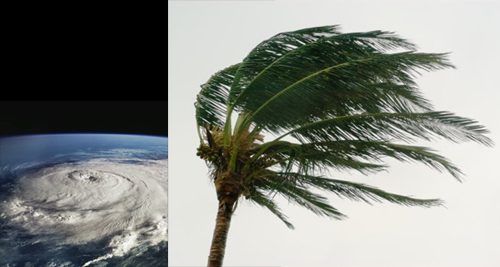 Large expanses of water, weather at sea or land have fascinated mankind since times immemorial. Use of waterways for traveling had started much before the surface transport techniques were developed. Indian boat building and sea-faring technology goes back to 3rd millennium B.C. Ancient boat builders of India were capable of building boats which were fully sea-worthy and could sail to West Asia. Indian boatmen were adapt in rowing boats on the rivers and used inland waterways for ferrying goods. 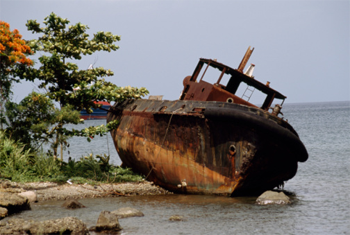 Those were the days when records were neither chronicled nor maintained systematically. Many boats perished in high waters in the sea or in the rivers. Hunting treasures in sunken boats in the sea has been an old hobby with several people. Many tried to explore the sunken boats to look for clues about the people who traveled in those boats or the cause of their disaster.

To know about the past is a normal trait of humans. Once it was established that the Harappans were experts in maritime trade, the curiosity to know about where and how they serviced their ships was obviously there. In 1955 it was found that the Harappans had constructed the first dock in the world with berthing and servicing ships in the port town of Lothal.

Andhra Pradesh coast is another area where traditional boat building technology developed. From catamarans to nailed-planks-built boats were made there. Various types of wood were used there for boat building. Commonly karra tree trunks were used. Some of the boats were also made of sal and teak wood. Boats were not only used by the seafarers. They were quite popular for transporting men and material on the rivers as well. Large steamers carried goods from Calcutta to as far as Kanpur on the Ganga River during the British regime.

Ancient boats fascinated men and even now they are a source of fascinating for the scientists who are able to deduce the environment in which the boats were built and plied. Not only that the remains of the boats many times give clues for the sinking of the boat. The remains of one such boat discovered by Ashok Marathe of Deccan College, Pune and S. Shashikala and R.V. Rao of Institute of Wood Science and Technology, Bangalore have yielded some interesting information.

On the Ratnagiri coast of Mahrashtra there is a small village Derde. This village is located on a small stream close to Vashishti River and about six kilometer inland from the coast. A well was being excavated in the village and during the course of the excavation a boat was found buried at a depth of 1.3 m from the surface in an upturned position within a stratum of sand says Ashok and his co-workers in their research paper. The interesting part about the boat is that despite its size (2.6m high) no iron nails were used in joining the wooden planks of the boat. They were all joined together by wooden nails. This find made the boat all the more attractive as it gave the best suited material for Radiocarbon dating.

Plants fix the atmospheric carbon dioxide in to organic material during photosynthesis and they incorporate a quantity of 14C that approximately matches the level of this isotope in the atmosphere. After plants dies the 14C fraction of the organic material declines at a fixed exponential rate, due to the radioactive decay. The radiocarbon dating experts are able to measure the quantity of the remaining 14C. In order to find the age of the material this quantity is compared with the quantity of the isotope in the atmosphere. With this technique it is possible to measure the ages of carbonaceous materials up to 58000 to 62000 years old.

It is interesting to know that first time radiocarbon dating was proven by dating the wood from an ancient Egyptian royal barge. The precise age of which was known from the historical records. 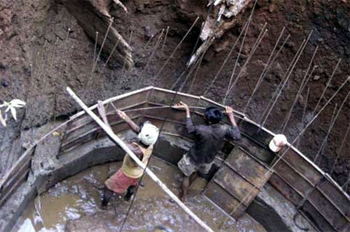 Once again the wood from the boat remains unearthed at Derde were subjected to radiocarbon dating by Ashok and the results were interesting. This place is close to the coast. The nature near the coasts is in a different mood compared to the inland areas. The rivers haul fresh sediments everyday and dump them near the coast. These layers of sand and silt are ideal vault of groundwater. The countryside at Derde is highly undulating. However, there is a lineament-which is a linear feature of the landscape and usually indicates a subsurface fault. Often rivers zigzagging all alone acquire a straight course, as they begin to flow through a lineament. It is interesting to note that the habitation at Derde is situated on a lineament. Incidentally this lineament is a potent source of potable water. Normally the availability of fresh drinking water near a coast is a rare phenomenon.

The availability of fresh water did make the place attractive for human settlement, but it had its own perils too. As will be seen from the forthcoming narrative, the area was prone to vagaries of weather and hurricanes. The boat that had capsized eons ago had tuned upside down and it was buried under huge boulders of Deccan Trap (Volcanic rock) and 1.9 m of Red Clay. Under the boat was a sand layer about four meters thick. Aerial photos of the site reveal that it was close to the mouth of the Vashishti River. It is well known that the hurricanes do affect the inland areas connected by the rivers. The large sized boulders found overlying the sunken boat could not have come there unless the environment was surcharged with high energy. They were brought to that place by the waves surcharged with energy. The hurricane that brought all the boulders to the spot caused the boat to turn upside down in the stream and it got buried under the sudden onslaught of boulders and clay. Radioactive dating confirmed that the timber of the boat was as old as AD 784 ± 102, that is sometimes around eight century an intense hurricane toppled the boat and entrapped it in the sand says Ashok.

The botanical name of the tree which was used as timber for the boat is Bridelia retusa. Currently this timber has many uses like making carts, yokes, drums, posts etc. But it is amazing to note that the people of the eight century in this area knew the durability of this material and used it for making a boat.

It is said ‘present is a key to the past’. As the luck would have been the researchers unraveling the mystery of the sunken boat witnessed a cyclone Phyon which struck the Mumbai-Konkan coastline on 11 November 2009.  This cyclone ravaged a vast area of Maharashtra and eight fishing boats went missing. No wonder the earlier cyclone had taken its toll and who knows many more boats may be lying under the surface of Derde!