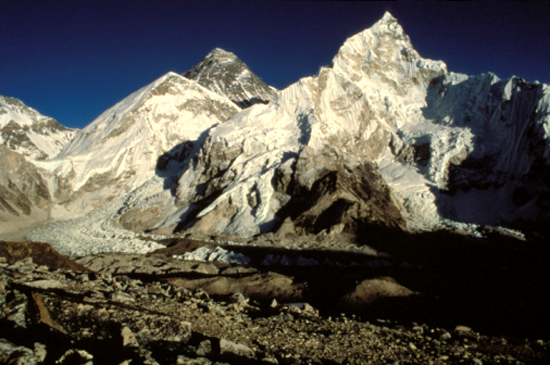 Compared to 4500 billion year old history of the earth, the 20 million year old Himalayas are very young. They are as young as an eight month old child in the life span of a man. Like a child the Himalayas too are hyperactive. How the hyperactive Himalayas are eroding fast, particularly in Himachal Pradesh, Nepal and elsewhere and spelling doom for the mountain states and the plains below makes an interesting reading.

Twenty million years ago when the great collision of the continents (Indian and Asian) took place the Himalayas were born. The process of collision still continues. The Indian Plate, geoscientists claim is pushing underneath the Asian Plate at a rate of about five millimeter per year. Therefore the Himalayas despite their appearance are not that static as presumed to be. Instead they are a dynamic mass. 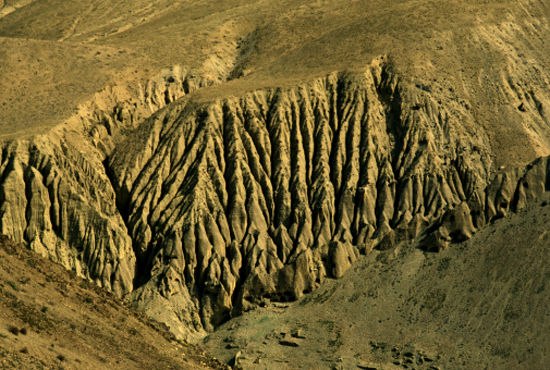 Imagine a table full of whisky glasses, some filled and some empty. Try to push the table. The vibration can cause some of the glasses to topple. Compared to Himalayas this table is stable as the top which has the fragile glasses is flat. The Himalayas with their steep slopes are most unstable. A slight vibration can send the rocks and boulders toppling down. To cap it all if these slopes are enriched with water during rains lot more material tends to slide down due to lubrication. Above all if there is an improper drainage then the rain water that percolates inside the mountain tries to come out and generates a pore pressure on the surface, which breaks at the weakest spots and water gushes out. It carries lots of material down in the form of a massive landslide, damaging whatever lies in its way. Many times this mass of material including rock boulders, trees, soil and scree after reaching the valley chokes the stream and a dam is created. This artificial dam bursts if the pressure of water column behind exceeds a limit. Result is a flash flood in downstream areas. 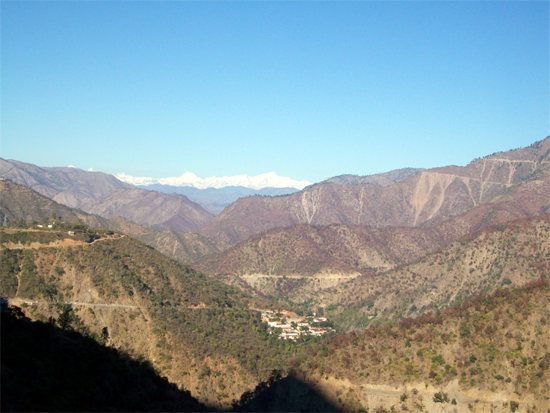 Natural reasons apart, man tries his best to keep the Himalayas unstable. For example, slate has been used since ages as a roofing material Of late the craze for slates from Dhauladar range in Himachal Pradesh has increased. Consequently 40 matured cedar trees are hacked everyday in Bhagsu slate quarries in Mcleodganj, near Dharamshala. Similarly The Khaniara quarry operates in an area of 12.5 hectares put of a total of 625.42 hectare area of the village. This quarry generates an annual income of Rs 70 lakhs reports a journalist Devinder Sharma from Dharamshala. Dhauladar ranges face extremes of weather. During the winters they are under a white cover of snow. During rainy season they face severe rains as well. Both snow and rain are active agents of erosion. Hence the mountains in the quarry area bereft of trees and soil cover are left at the mercy of the forces of nature to erode freely. Khaniara mines are more than a century old. One George Berkley Shaw floated the Kangra Valley Slate Company. Since then the mining was going on. The villagers vehemently protested and the British agreed to stop mining. Alas during the post Independence era mining was resumed and now a stage has reached when the toe of the mountain has been completely mined. Imagine if the carpet on which you are standing is pulled out suddenly! The impact of removing the toe of a hill slope on a mountain is like that only.

The worst impact of mining on a hill slope is scarification of land. Top soil is removed and the mine waste is dumped all over. A surface without top soil means nothing will grow on it-since the top soil takes 1000 years to regrow. Net result is that not even a blade of grass grows on the surface. The overburden of the mines leads to mass movement, especially during the rains. Ultimately all the mass wasted in this manner reaches the rivers down below. Apart from being a hazard for the human dwellings and fields, the waste matter adds to the burden of the rivers.

Blasting for mining or road construction again leads to mass wasting. Yet another impact of blasting is that vegetation never grows in the area which is being blasted. Vegetation keeps the hill slopes on hold and checks erosion and mass wasting. Tremors of blasting are a big source of landslides and often lead to rock sliding. The Himalayas as such are dynamic and tremors add to their dynamic processes. 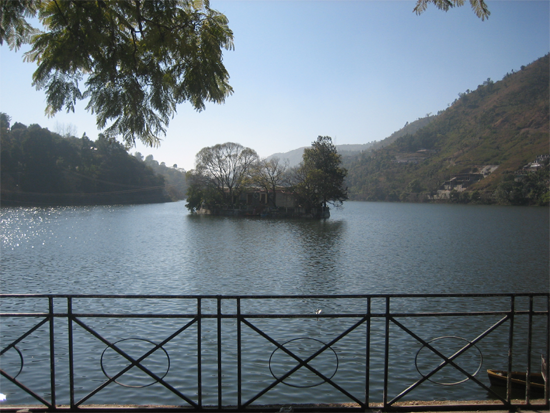 The vulnerability of the Himalayas is not reduced even if large parts are not exploited by the human beings to extract natural resources like slate. Nepal for example, has a landslide which is the largest so far recorded. This landslide had mobilized material to the tune of 15 cubic kilometers. Fortunately it occurred 30,000 years ago, claim the geologists in Langtang valley. Similarly the locals in Pokhara valley claim their elders discussing about many large landslides due to excessive rains in 1934. The situation, instead of improving has worsened over the years.

While the high altitude areas of Nepal face the onslaught of snow and ice action which in triggers many landslides, the lower altitude faces the wrath of human beings. The lust for trees leads to hacking of forests; development of the state needs large forest tracts to be cleared. Though in all earnestness the state plants sufficient trees, but it takes nearly a century for the forest to reach the past glory. Hundred years in terms of climatic vicissitudes is too big a period. Tender trees are quite often uprooted by the sliding mass and obliterated.

Himalayas from Jammu and Kashmir to Bhutan and the North eastern India, common view of the geologists is that for landslides and accelerated erosion the common factors are the geological and geomorphological set up, climate and human interference are mainly responsible. If we look at the total annual erosion in Nepal, it is perhaps the highest at one to five millimeter per year-but a redeeming feature is that this rate is approximately in balance with the mountain building movement. To understand the point, imagine a five centimeter thick layer of sand spread over a newspaper. If you lift the newspaper from the middle the sand will slide down. The sliding will depend upon the rate at which you lift the newspaper. However, if there is a ‘glue’ to hold the sand, the rate of sliding will be further slowed down.

The tree cover on the Himalayan slopes acts like a binder or the aforesaid ‘glue’. This is a generalized statement, because there are many areas where despite a rocky terrain and dense forest cover slides do take place. But as said in the foregoing there are conditions which control the rate of landslides and erosion. The natural conditions are beyond our control, but human hand in accelerating the erosion of the Himalayas can always be controlled, provided the society and the governments have a will to do so.

One thing is quite clear that the nature is not going to help in the matters any more. Extremes of rains and drought or snow can be expected in the eons to come. It is therefore all the more important that we realize our role and save the Himalayas from disintegration.