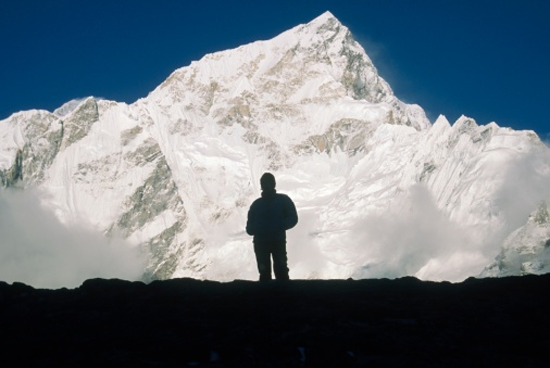 “The poetry of the earth is never dead.”  -  John Keats

Keats was absolutely right. The mother earth keeps changing its form. The traces of the different forms of the earth are buried in the pages of the earth’s history. The rich assemblage of marine fossils in the layers of rocks of the higher Himalayas screams aloud that the lofty mountains once upon a time formed the abyss of the oceans. In other words where the oceans are found today there could have been a lofty mountain chain or a super continent! If so was the case then where did the landform vanish?

Urban planet, the Earth is unique. So far itis the only planet known for life. It is amazing that the first live forms developed here were aquatic. It was around ~543 million years ago (Ma) that was at the beginning of the Cambrian chapter of the Earth’s history there was a ‘big bang’ of evolution. While the live forms remained single celled for nearly three billion years, how suddenly during the Cambrian Period they proliferated into multi-celled organisms is quite an enigma for the palaeo-biologists today.

After the explosion in the evolution during the Cambrian times there was no looking back, till about 65Ma when, possibly a meteor hit caused extinction of a variety of fauna, including the then rulers of the earth, the dinosaurs.

It is well established that the early life evolved in the oceans. From where did the oceans get the food supply? To understand this, we draw the corollary from present day oceans. They get detritus (eroded material) carried by the rivers. These flow in to oceans by virtue of the slope. The detritus is rich in minerals many of which are food for the life. 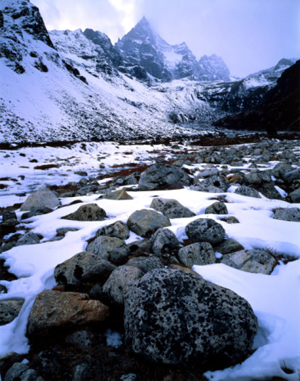 Today the Himalayan Rivers carry their load (detritus) either to the Bay of Bengal or the Arabian Sea. We also know that the Himalayas came into being as a consequence of the collision between the north-ward drifting Indian Plate with the stable Asian Plate some 20Ma. The rise of the Himalayas changed the slope of the country.

During the decade of the 1990s geologists pondered deep over the problem and several hypotheses emerged. It was coincidental that several geological events coincided with the ‘big bang’ between ~640-542Ma that is during Neo-proterozoic to Early Paleozoic part of the earth’s history. It was thus thought that alternating spells of cold glacial and warm climates, plate reorganization, fluctuations in ocean and atmospheric chemistry, decrease in the earth’s tilt causing rapid shifts in earth’s climate zones, influence of a giant meteorite impact, gene doubling and sudden thermal recycling events due to sudden release of methane from oceans were the cause for spurt in biological activity on the planet.

Rick Squire a researcher in Geology with Monash University, Clayton, Victoria, Australia created quite a stir in the geological community with his paper published in September 2006. Rick has ascribed the cause of proliferation and also answered the queries regarding the source of food etc to an entirely different process. Taking a cue from Rick’s paper published in Earth and Planetary Science Letters, A.V. Sankaran from Bangalore published an analysis in the Current Science. 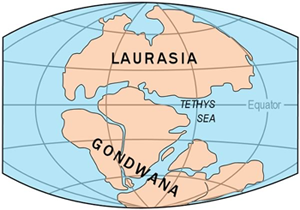 There was the ancient landmass called as the Gondwana made of giant continental blocks corresponding roughly with Arabia, India and Antarctica. These continents or the continental plates began to collide with the eastern edge of Africa, some 650 to 515 Ma. The colliding continents gave rise to the planet’s longest mountain chain termed as Transgondwanan Super mountain approximately100 km wide and more than 8000 km long along the equator. The rising mountains caused a change in the geography and climate of the region. Being in equatorial region the newly formed mountainous terrain experienced more rain and hence became prone to more erosion. The process of rapid erosion as per the evidences available continued for nearly 296 million years. The material carried by the rivers during this period was so enormous that if accumulated today, it would have formed a 10 km high pile over all the 50 states of United States, says Sankaran.

The eroded material rapidly increased the influx of dissolved phosphorous, iron, strontium, cadmium and bicarbonate ions in the oceans during early Cambrian, that is ~640-543 Ma providing nutrients for the rapid rise of primitive life, such as the green algae that became the food for more complex life forms during the Cambrian period. The ocean at the plate margins was more enriched with phosphorous and calcium carbonate. Many organisms like trilobites and mollusks made use of these nutrients for developing an external skeleton or shells.

The diversification of life at that time from soft bodied single celled animals to multi-cellular, organisms with hard parts must not have been that simple as narrated here. But yes the sudden influx of nutrient rich mineral in the ocean and also the release of oxygen due to complex chemical reactions of some of the minerals were certainly behind the explosion of life.

Over the millions of years of the earth’s history, both the Super Mountain and Super Continent were lost in oblivion. The legacy of the colossal mountain chain and the Super Continent is still present today in the form of a variety of life, both existing and fossilized.

The lost Super Continent and the associated mountain are still a matter of conjecture. It is a tough job to reconstruct the past with precision. But it is certain that the nature never sits idle and the land forms do change. Before challenging the nature or attempting to conquer the Nature we must always keep in mind the might of the nature. It could wipe off the super continent with ease, as if it never existed. God knows what will be the fate of our Super Cities in the times to come!