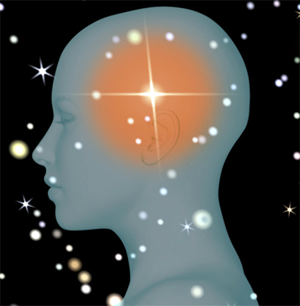 It was an eye-opener when someone told me that I am in a world of my own creation. Though he was taking me to task for a questionable doing, I realized that he was cent percent true. All tangible and intangible items in my world are my own which I have acquired through my own five senses and same is the case with all living beings. Anything can make sense to me only if I am aware of it in the first place. And everything in my world cease for me when I am no more. The tangibles include the entire physical world around me including my own possessions, relatives etc. And my own knowledge, concepts, languages and thoughts make up the intangibles. The crux of this irrefutable argument is that each and every one of us is living in a different world, each of our own making. And we make sense to each other only when the commonalities amongst us are substantially high. We should be happy that such commonalities do exist and are increased over a period of time due to accumulation of knowledge from the surrounding environment. If a new born child could be brought up in a completely isolated environment, the world that it will progressively develop will be highly revealing to all of us who take many things for granted.

The isolated child (let it be a male) will survive only if it is cared for till it can manage of its own and let us assume that it shall be arranged. The first impression that he will develop about the world will be his self-primacy - that everything else exist for his use. He seeks no further explanation about why it is so. He feels superior, intelligent and happy. He becomes a truly atheistic Marxist communist. In the next stage he starts bothering about the other things around him, especially the living ones. Invariably he sticks to his own primacy and concludes that other living beings are something lesser and everything is created for him by some unknown Creator. He feels no qualms about harming and even killing others. He becomes a true follower of an all powerful but formless and merciful Creator who rewards and reprimands. He attributes more qualities like compassion and forgiveness to the Creator who can also speak and instruct in human languages. He develops the concept of sin and starts to believe in pleasing his Creator for achievements. But as he grows into more wisdom, he realizes that there is nothing else other than what is already within him and surrounding him that makes his own world. His irrepressible urge to understand the omnipresent God (not Creator) overpowers him. He begins to indulge in faith formulations to achieve the same and becomes worthy of being a human being. My own faith formulations may be of interest to some.

If we are alone in this world we need no culture and no God. When we have one more to share this world with, we need to confront, adjust and compromise in order to live on. Our culture begins at this point and the need arises for a formless, indifferent and an all powerful, super intelligent impersonal entity (God) that can explain everything and for us to fall back on. Though many of our saintly leaders claim to have seen, heard and even talked to God, nobody could ever demonstrate it convincingly to another person. The nearest we have heard of is arranging a feel of God, like what Ramakrishna Paramahansa did for Swami Vivekananda. The underlying truth is that God is not someone who is compassionate, merciful etc., who is directing our actions, keeping a log of everyone’s activities and ever vigilant about what all of us are doing. God has no rewarding mechanism for sending us to heaven or hell after our death. God is something that exists among everything in this entire universe which neither cares nor bothers about what we do. But its very existence must definitely mean something to each one of us. It is entirely upto each individual to reach out and realize God.

Our failure to clearly define something which cannot be defined is not a failure at all. The nearest we can reach in terms of defining God is by analogies. One such wonderful analogy is that of God with Electricity. In today’s world, there is nowhere that is out of reach for electrical and electromagnetic energy. It is invisible, all powerful, but only when used or misused, to each according to their intentions. To me, God is something like this. An all pervasive and all powerful energy that can be used for our own good (misused for our own bad). It is estimated that the number of electric impulses generated in a human body on a single day is much more than those in entire telephone network in the world. In a similar fashion, the energy or logic of God is all pervasive and all our actions call for a reaction that fits into the overall logic of the universe. We are all born with a piece of that logic and what we achieve individually and collectively are based on the fuzzy logical results of all those in interaction. I believe that we are all like metal tops rotating on a magnetized environment. It can collide and fall off or it can rotate till the starting energy gets exhausted.

Religions have already been defined as paths to reach God. Having agreed on the existence of God and its nearest analogies it is inevitable to look for a way to understand and reach it if possible. If we analyze the available world history, we can find several ideas, suggestions and concepts for approaching God - some rational and some others purely irrational based on the perceived notions of few individuals. There are those who claim to have heard from God and given us revelations that makes no meaning to ordinary folks. And that bred a set of interpreters who are attempting newer and newer versions of their interpretations of these words, each suiting their own private agenda. The do’s and dont’s in these commentaries exposes their real intentions most of the time. The political and powerful aspirations hidden in these interpretations are making today’s world a very dangerous place to live in. It is time we ignored these doubtful interpretations and each one of us attempted to define a path of our own. The desire to know God is instinctive in every living being, but as humans who are endowed with more intelligence we should create our own paths.

God has always been there and will continue to be there. Given such a nature of God, how can we approve of any suggested paths that contain gibberish words from some olden days making no meaning to many of us. If God can utter words, it must be meaningful, never ending and must continue at all times. It should be theoretically possible for any living being to interact with God at any time without any mediators and agencies. This is exactly what happens in the case of those who demonstrate miracles and unexplained capabilities. Those who desire and strive to establish such contacts with the immense energy reservoir can always look forward to success at some time. The techniques of praying, sacrifices, rituals and practices forming part of the established religions are nothing but some of the ‘proven’ methods to achieve this contact. All may not work for all and it is upto each of us to select the methods best suited to one’s character.

During these long years of attempting formulations about God and Religion, one thing became crystal clear to me – that there is no easy way. Those who are selling easy formulae of just believing in a few words, doing a few rituals, living in particular ways etc., to reach or realize God are only taking themselves and their followers for a ride. Making contact with the vast resource of (God) energy, that is least concerned about us and our affairs, is a rigorous, skilful and intelligent one-way act. Only intense, systematic and sincere efforts (termed ‘upasana’ in Sanatana Dharma) can take anyone nearer to God. And only by a progressive process of approaching God can anyone achieve anything of their needs. All other happenings in our lives are purely on account of the fuzzy logic of constant interactions with others (living and non-living) surrounding us, which we believe as our own destinies. Only a miniscule percentage among us can establish the contact with God and dissolve in it by realization. Others continue to be born and re-born again.