The Roar of the Tiger 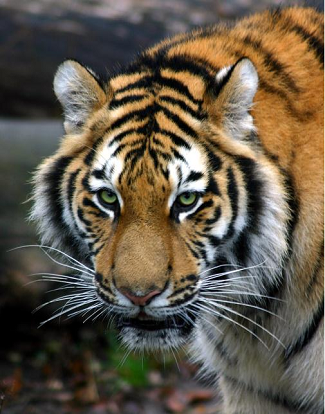 Spread across more than 800 sq km area, The Sariska National Park is one of India’s most enchanting wildlife reserves located in the western part of Rajasthan. The landscape lies in the backdrop of sharp hills and narrow valleys of the Aravali mountain range overlooking the dry and deciduous forest and etched historic palaces and temples . But underneath the calm surface and such captivating beauty lies the disturbing tale about one of its most known residents – The Tiger.

The Sariska National Park became one of the 27 tiger reserves created by the Government of India under “Project Tiger” now known as National Tiger Conservation Authority (NTCA). Established in 1973-74, the initiative was part of a major conservation endeavour to save India’s dwindling tiger population by preserving its natural habitat. It was a step forward in wildlife conservation given that the Indian Government had already enacted a national ban on tiger hunting in 1970 followed by the 1972 Wildlife Protection Act. So, when the whispers about the disappearing tigers at the Sariska Tiger Reserve began to surface in 2004 there was a sense of discomfort as authorities rushed to play down the situation.

However, in 2005 Jay Mazoomdaar, a journalist wrote an article claiming that the tigers which once roamed the ancient forest of Sariska had all disappeared.  The concerns gained momentum as conservationist feared that the 26 tigers listed at the reserve were not only missing but may not be alive at all. Finally, a two month probe by the Rajasthan Forest Department and the Project Tiger Directorate confirmed what seemed evident all along that the roar of the tiger had been stifled by indiscriminate poaching. The infamous poacher Sansar Chand was arrested and the case seemed solved. But the problem did not end there because as it turns out the probe was left incomplete and the case has been re-opened this month.

The disappearance of tigers at Sariska Tiger Reserve came at a time when the fate of the tiger was already in a balance as its population decreased across East Asia. According to World Wildlife Fund less than 3200 tigers are left in the wild. Back in 2006, India is said to have had the largest tiger population estimated at 1411 tigers. Although in 2010, the All India Tiger Estimation has put the number at 1706 with the National Tiger Conservation Authority in India approving 5 new Tiger Reserves. But the incident at Sariska Tiger Reserve was not just a disappointing setback for conservation but raised some serious concern about protecting and managing tiger population in India.

One of the major problems is the growing incidents of poaching as tigers are a lucrative commodity for their skin and body parts. It is further aggravated as human population grows progressively into designated wildlife areas to build homes. Therefore, at times poachers are able to find willing collaborators within the sanctuaries and parks to pursue illegal trade in wildlife and its derivatives. There are laws that recognize the issue of poaching but fail to implement it effectively. It is a battle of principles where some do succumb to human greed and frailty. At the end there is no victor of vanquished simply empty carcasses of dead animals.

Dr K. Ullas Karanth, a Senior Conservation Scientist with the New York based Wildlife Conservation Society (WCS) and Director of Centre for Wildlife Studies (CWS) raises another very crucial issue. Local over- hunting has seen the prey species of the tiger deplete over time and is a widespread problem across the country. Dr. Karanth believes that the solution to both  issues is effective on ground patrols by dedicated staff. It was something that existed in the 1970s and 80’s but as he clearly points out has gone rusty due to a mission drift and greed getting entrenched in Forest Departments.

Many of the parks and sanctuaries are poorly managed and the Government needs to step up in taking greater interest and accountability. There is a need to have a set of standards for discipline and integrity amongst forest officials.  Most importantly, there is need for greater number of forest guards to patrol the grounds and be equipped well enough to fend off poachers. According to UN Conservation body, most forest guards have no radios, jeeps or rifles to deal with the well-funded poaching gangs. This is an important aspect of restructuring the way parks and sanctuaries are protected in India.

The tigers of Sariska had vanished and all that was left was to make amends by having plans to relocate four villages and re-introduce tigers. In 2008, a male tiger from Ranthambhore National Park was introduced followed by another tiger and three tigresses. Sadly, in 2010, the first male tiger introduced into the reserve was found dead from poising. Till date only two villages have been relocated and road crossings re-routed through the reserve pose further challenges to wildlife in the area.

The tale of the tigers of Sariska mirror not only the plight the species in India but also its defiant struggle to survive against all odds.Time will tell if these magnificent animals will continue to roam our forests and sancutries or simply fade into a mythical figure remembered only in stories and legends.