Quest of Truth: The Absolute

Continued from Quest of Truth

Man is imperfect in every aspect of life - physical strength, span of life, fulfillment of desires, knowledge of the world, and control over nature. This awareness of imperfection descends the moment the life begins. And so does the craving for absolute strength, life, fulfillment and control.  Despite all evidence to the contrary, the truth that there does not exist any ‘Absolute’ excepting the ‘Law Of Continuous Change’ is rarely realized and more rarely accepted. And the existence of this ‘Law of Change’ itself negates the existence of any ‘Absolute’. 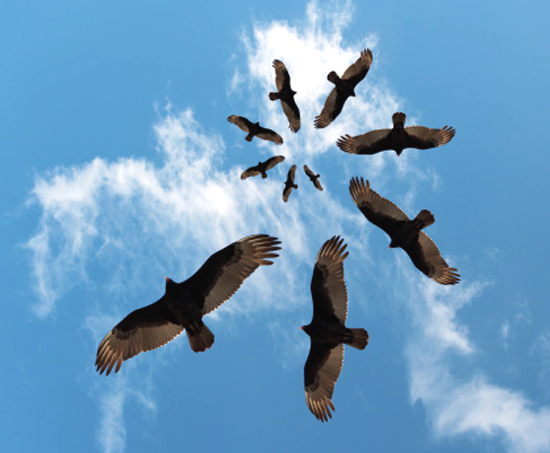 By its very definition an ‘Absolute’ is that which never changes. And continuous change being the unchangeable law of nature, there cannot exist an ‘Absolute’ in the nature. Man being part of this nature cannot attain ‘Absoluteness’ and so he invents in his imagination the existence of other world with supernatural beings having supernatural powers. These imagined ‘Absolutes’ are not same for all religions or all persons because they have been invented at different times by different persons with different motives. The form, definition and attributes of these ‘Absolutes’ in different religions and philosophies differ and that itself is a proof that they are not Absolutes. Even within the same faith some completely incompatible beliefs are regarded as cardinal truths.


One unshakeable belief in almost all religions is that God keeps record of everyone’s actions and everyone must face consequences of one’s deeds; while, at the same time, it is also believed that God will condone those misdeeds if one worships God and earns his mercy through prostrations, offerings or subsequent good deeds.

Scientists have also come across some ‘Absolutes’ in the Nature, but they have always found them unattainable.  Actually one ‘Absolute’ of Nature is the existence of the Law Of Uninterrupted and Unstoppable Change. But the existence of this law ensures non-existence of any other ‘Absolute’ in nature.  Scientists, through mathematical calculations, have come across some concepts, which, for their inability to comprehend them fully, they have termed Absolutes - Infinity, Absolute Zero in ‘Time, and Temperature’, Absolute Mass, etc. Let us consider them one by one.

Infinity surpasses the limit of human comprehension. It is like the concept of origin and end of natural world. With intent to perpetuate human rationality man calls this world to be infinite with regard to its origin and end. Mathematically speaking anything divided by zero amounts to infinity, but this does not lead to any comprehensible number.

Absolute zero temperature is a comprehensible number, but believed to be unachievable. Similarly in theory absolute mass can be achieved by moving anything at the velocity of light, which is again considered impossible to achieve.

Surprisingly absolute zero temperature (-273 degree centigrade) and velocity of light in vacuum (300,000,000 meter per second) are finite numbers, but scientist have come to conclusion through mathematical calculations that they will  lead to infinite coldness and infinite mass in matter; hence they are unachievable. Hence scientists obviously believe that infinity (or absoluteness) are non-realizable concepts. (Personally I suspect that such finite numbers should be achievable. In my opinion future will unravel some phenomenon which will lead us to the fact that this temperature and speed are achievable but at that stage the matter will convert to energy or some other similar form, to which known laws of matter may not apply.)

The other worldly ‘Absolutes’ like God, goddesses, ghosts, heaven, hell, soul and continuity of life, reincarnation etc. have no verifiable basis and are figments of imagination of fertile minds. They have been discussed in detail in the earlier article on God.

The humane qualities of truthfulness, charity, kindness towards all animals, faithfulness, etc. are completely relative and vary in definition, scope, effect and utility in different circumstances. Hence they are not absolute too.

As rational human beings we should not forget that we live in a relative and ever-changing world where absolute cannot exist. We should not be cheated by those men or concepts which claim existence of ‘Absolutes’ and control over them. But rationality always keeps scope for improvement through scientific enquiry.

Staunch atheist and the most eminent scientist Albert Einstein had written:

“If something is in me which can be called religious, it is the unbounded admiration for the structure of the world so far as our science can reveal it.”

Continued to "Quest of Truth: The Religion"