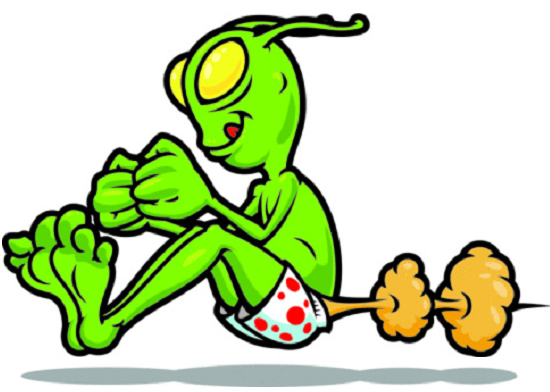 ‘Municipal solidwaste generation in Chennai has gone up from 600 to 3500 tons per day in past 20 years’, say S. Esakku of Loyola Institute of Technology, Chennai and co-workers in one of their recent papers. The graph of the gargantuan problem seems to be heading north everywhere in the country. The villages used to less messy earlier, now one can recognize a village approaching even in dark nights by the stench from the garbage dumped on the outskirts. The highest per Capita waste generation rate is at Chennai in the country with a waste of 0.6 kg/day.

The impact of population on the figures of waste generation is visible from the figures quoted by Esakku, ‘Asian countries are facing the problem of Municipal Solid Waste Management (MSWM) due to rapid growth in Municipal Solid Waste (MSW). The total quantity of waste generated by 23 Metro cities in India was 30,000 tons per day and by 2004 it had risen to 52,000 tons per day’. It is anybody’s conjecture that by now the waste production from these cities must be around 6000 tons per day or even more, since no concrete scheme is in place to control the problem.

The problem of urban waste management is going to be a major issue soon. On an average world population is increasing by about 100 crores per 13 years. Each human being alone produces about half a ton of waste every year. It does not require a mathematician to work out the garbage dump on which we are sitting. The dump is increasing in volume each day.

Chennai is perhaps one of the best managed Municipalities as far as MSWM is concerned. For the purpose some of the wards have been leased out to a private company to keep the area clean. Door to door garbage collection is in vogue and garbage bins on road have been reduced to a bare minimum. People are encouraged to hand over the daily produced garbage to the collector. The collection is transported to the properly designed landfills in covered trucks. The biodegradable garbage is utilized for power generation and the end product from there is composted. In addition the best part is that locality wise housewives have been motivated to form groups to keep their areas clean. Small subscriptions are made to meet the expenses.

This was oneside of the story. There is another side reported by N.N. Purkait and D.K.Chakrabarty of S.K. Mitra Centre for Research in Space Environment, University of Calcutta and Centre for Environment Survey, Ahmadabad respectively. What these two researchers have reported perhaps applies to majority of big and small towns and large villages of the country!

Purkait and Chakrabarty state that ‘in India about 120,000 metric tonnes of solid wastes are generated per day.’ This garbage is collected by the municipalities either via a door to door collection service or picked up from roads and allies directly and carried to depressions and marshlands outside habitation and dumped there. Over a period of time these depressions get filled up and often rise above ground level. This ground is compacted and handed over to developers to develop habitats. Be it Mumbai, Kolkata or Lucknow or for that matter any city in the country most of the colonies that have come up in past five decades are located on such garbage dumps.

On the other hand the Central Government’s Solid Waste Rules (2000) clearly states that no human habitation should be developed on a landfill for at least 15 years after its closure. However, this very rule has been flouted by most of the state governments and landfills have been converted in to posh colonies overnight. Land is in short supply. Cost to government in developing such lands is minimized as the filling material is produced in copious quantities and is free. Official developing agencies of the states make a quick buck by selling such lands to private developers and they earn much more by selling plots/multi-storied apartments to customers. The arrangement suits everyone.

The ground looks beautiful at the surface, but underneath lies the garbage which starts decomposing with Sunshine and rain. Poisonous gases like methane, hydrogen sulphide and other sulphurous gases are released by the decomposing garbage. Sometimes these gases even cause explosion and fire. A 19 hectare landfill in Malad, Mumbai was closed in 2002. And keeping the rules and regulations aside overnight a glittering commercial complex came up on the ground. Within five years complaints of obnoxious smell and malfunctioning of various equipments began pouring in.

Similar was the case of Dhapa in Kolkata where garbage was dumped till 1991. After a few years 25 acres of this land were allotted by Kolkata Municipal Corporation to set up a multi-crore Science City claim Purkait and Chakrabarty. Later the residents of the city filed a writ petition before the Green Bench of Calcutta High Court. And the court ordered a thorough investigation to find out the possibilities of leakage of methane and other obnoxious gases.

Though till date no serious bad effect of the garbage dump has come to light except the foul smell, yet the findings of Purkait and Chakrabarty are alarming. Experts say that the paddy fields are one of the worst methane producers. In the instant case these researchers monitored methane emission within the campus of the Science and also the rice fields of the neighboring Gabaria. To their shock the methane emission from the swanky Science City was three to four times higher than the rice fields.

This finding though 12 years old now can serve as an index for the other complexes coming upall over the country. Land is scarce and garbage production is increasing everyday. A balance has to be struck between the two. Purkait and Chakrabarty suggest that the court’s orders must be followed with all earnestness in addition engineering systems on the pattern of Dakin building in Brisbane and California where specially designed systems are planted below the building and methane is captured there and carried by pipes to far off areas and released in the atmosphere. In already developed complexes such engineering methods are not possible therefore the researchers suggest inserting vein pipes underneath the building and provide a vent to methane produced there.

Methane is non-toxic but highly inflammable and may form explosive mixtures with air. It has a net life time of ten years. Thus older buildings developed on garbage dumps are less hazardous but the newer ones are certainly prone to fire and explosion hazards.