‘Water permeates life on Earth. Water is essential as an enabler and sustainer both of life such as plants, animals, and humans, and of human civilization. The concern for this fundamental truth in fact increased after NASA's Mission Mars. One of its conclusions was the urgent need to pay increased interest to the importance of the water cycle for life on this Planet--the only planet where water can exist in liquid form’. —International Water Resources Association Statement, 1991 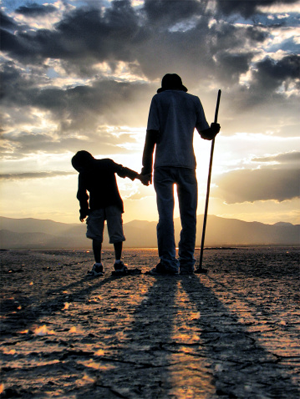 The above quote amply clarifies that life on the earth is deeply connected with water. Alas water is gradually becoming scarce. We are on this planet because of water. The growing population has put a tremendous pressure on the demand of water. A developing country like India is on the verge of water stress because we are used to squandering water since ages and we do not realize that the supply of water is less than the demand. The problem is compounded by the climate change. Our only source of water is rain and the cycle of rainfall is gradually turning haywire. The recharge of groundwater depends upon the rainfall and of late the brunt of less recharge is being felt in more and more areas.

The future of groundwater is likely to be bleaker because the population estimates point to a sharp rise. S.K. Sharma of the IIT, Roorkee has carried out a study of the present scenario and tried to make a projection for 2050 and 2065.

Sharma says ‘As income rises, people tend to use more water. City-dwellers consume more water than those living in rural areas.’ This is but natural because of the urban life-style. Demand of water rises with population. The census conducted during 2011 has estimated the country’s population as 1210million. This 111 million more than an earlier estimate, which had projected the population as 1189 million by 2010. The difference between the projected population and estimated after census is due to factors like a rapid rise and reduced mortality. Population projections are also made by the UN and as per their projection India’s population by 2065 will stabilize at 1718 million.

The National Commission for Integrated Water Resources Development (NCIWRD) has estimated that as per the present population per capita surface water availability is 1614 meter cube per annum. If the recharge rate of water resources is same the per capita availability of water may reduce to 1137 meter cube by 2065 says Sharma. Water, however, is such an element which is not strictly governed by statistics alone. Being hydrophilic water has the capacity to travel far and wide in the pore spaces of unconsolidated sediments. Even in hard rock terrains water finds its niche in the subsurface joints and fractures of rocks to travel distances.

Water cycle is dependent on the climate and the human interference causes scarcity in the densely inhabited areas.

As per this scale, our country will shortly be a water stressed country which will progressively go on increasing. In order to obviate the situation a better understanding of water systems is required. In fact a better management of land-water systems will still be a better approach. Quoting a seminar organized by the UN Food and Agriculture organization Malin says, ‘rainfall constitutes the basic water source and hence categorized as green water. Vegetation thrives on this source only. The water of the rivers and aquifers has been classified as the blue waters which sustains our society. Blue water is the base for the household, municipality, industry and irrigated agriculture water supply. But the fact remains that green water is actually a major source for the green cover, which in turn is intimately associated with rainfall. In other words green water controls everything including blue water.

Alas, the supply of green water is dependent on the climate. The hacking of forests also affects the rainfall. Large semi-arid tracts have developed in Africa and South Asia. Their extent is not reducing. Compared to the population explosion semi-arid areas are on the increase. Areas which were water rich are gradually becoming water sick.

The problem of water scarcity is taking gargantuan proportions. Since the intake of water is more for irrigation, because we need crops to feed the ever increasing hungry mouths river depletion is spreading wide. Globally it is 15% of the continental land area. International Water Management Institute (IWMI) has floated the concept of basin closure, to check the phenomenon of depleting rivers. Concerned by the seriousness of the problem, the millennium summit had suggested in 2000 that river basins are already stressed hence further future allocation can be made only by a reallocation between the user and uses. The fast rising population in countries like India has added to the problem. The IWMI had worked out in 2000 that 1.4billion people were already living in closed river basins. Out of these 1.1billion live in basins where chronic water shortage is already severe and another 180 million people are living in basins where water shortage was approaching fast.

In most of the alluvial tracts of the world there is a close connection between ground water and the river waters. Majority of the rivers depend upon groundwater and vice versa. In countries like India groundwater is already stressed; consequently the phenomenon of river depletion is becoming rapid. However, a light at the end of this blind tunnel is that compared to surface waters the subsurface aquifers are more stable. They will remain so, provided indiscriminate puncturing for tube-wells is stopped forthwith effectively. Quoting Tasha Shah of IWMI Malign says there are 19 million wells in India. Globally water withdrawals had increased from 100 to 150 cubic kilometers per annum in 1950 to almost 1000 cubic kilometers in 2000. In the past 11 years the demand for water has increased drastically, therefore the figures must be still higher now! Groundwater is like a Bank Balance. If you do not add money to your balance and keep on drawing you turn a broke. Similarly the groundwater recharge is being affected by the change in rainfall pattern and also in counties like India there is an emphasis on concretization of inhabited areas. Time is not far when the groundwater account will turn red.

Not only mankind but all kinds of fauna and flora are getting affected by the water shortage. In about 30 years almost 50% of aquatic biodiversity has been lost in oblivion. We are almost on the verge of ‘hydrocide’ says Malin. We need to manage our water resources more scientifically, keeping in mind the climate change, population factors and waste water disposal. Recycling of wastewater is required to be seriously implemented in earlier water efficient countries like India.

It is a crisis situation, because the future generation will suffer for our follies and inaction. The problem is complex because water is not confined to political boundaries. Experts on water management need to sit together identify the problems in each region and work out a solution which will check the depletion of available water and also assure a better prospect for the future.