The Art of Survival

The Philosophy that Flows From Charles Darwin

Even at the risk of being labeled Jack of all, master of none, I’ve always firmly believed in the power of diversified reading. One must read one's subject; one must also know something about other subjects. Reading supposedly 'other' subjects is a very interesting exercise. The terminology is new. The assumed precepts are challenging. The reading gives new ideas, new approaches of thought. The most brilliant part is the analogies that the reading brings between two given subjects. Reading other subjects we can be sure of one conclusion and that is the revelation of the universal nature of knowledge. The amount that so called one subject owes to another is amazingly immense. 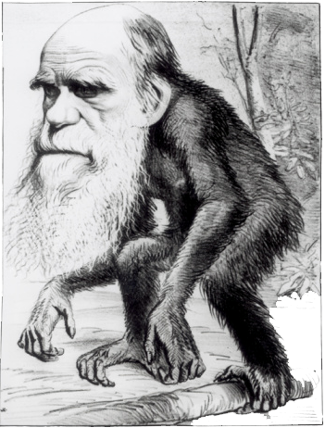 I picked up Darwin in search of something new, something more interesting than the usual over the pages, I realized how much of our thinking has been shaped by this scientist. A definite ideology flows from his pages. Darwin was propagating, apart from other things, a particular view of life, a typical style of thinking, a distinct philosophy.

“All forms of life on earth have common ancestors" - This bold statement on Darwin's part is truly revolutionary as well as democratic. Although Darwin never questioned existence of God, he goes on slowly, laboriously and meticulously that all life descended from one source. According to the theory of evolution, the various forms of life on Earth - trees and flowers, worms and whales - all descend from common ancestors. These ancestors looked very different from their modern descendants. The alternative view, which Darwin argues against, is the theory of separate creation or creationism. Darwin argued against the theory of separate creation, but not against religion; he denied that species have separate origins, not the existence of God. (page 5)

In Darwin's times, the mechanism of inheritance (DNA) was an unsolved problem. But the basic concept was worked out in detail by Darwin. He talked at length on heredity as well as variation. That an offspring resembles its parents is a common phenomenon. What interested Darwin more was variation. From here, Darwin goes to the idea of natural selection. Species have a tendency to better themselves with successive generations. This is done by the process of Natural Selection. Just as we make improvisations and variations in a machine and make it more suitable for use, so do species. The abundant nature of forms of life and great dimensions of reproduction, struggle for existence becomes essential. Only the fit survives. The large number of extinct species is much larger than that of the surviving ones. This fact makes variation a necessity.

‘Owing to this struggle for life, only variation, however slight and from whatever cause proceeding, if it be in any degree profitable to an individual of any species, in its infinitely complex relations to other organic beings and to external nature, will tend to the preservation of that individual and will generally be inherited by its offspring. The offspring, also, will thus have a better chance of, surviving.  Natural selection is a power incessantly ready for action and is as immeasurably superior to man's feeble efforts, as the works of Nature ate to those of Art.' (Page 9)

In general life the precept is very valuable. It has far reaching consequences. All that lives does not survive. Survival is an art of variation, adaptation and improvisation. The idea strongly calls for a view of life that is practical as well as flexible. Darwin was influenced by Malthus. What Malthus said for the economic world, Darwin applied for the survival of species and life. This is a fine example of how one discipline shapes and formulates precepts of other disciplines. Hence as more individuals are produced than can possibly survive, there must in every case be a struggle for existence, either one individual with another of the same species or with the individuals of distinct species or with the physical conditions of life. It is the doctrine of Malthus applied with manifold force to the whole animal and vegetable kingdoms, for in this case there can be no artificial increase of food and no prudential restraint from marriage. Although, some species may be now increasing, more or less rapidly in numbers, all cannot do so, for the world would not hold them. 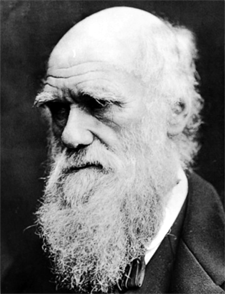 The art of survival lies in diversification. Competition is more likely among likes; therefore, in order to survive one must be different. The word, struggle, is a metaphor; everything looks calm and peaceful in Nature but there are turbulent undercurrents for survival. This leads to the dual nature of Nature. It is apparently peaceful, but there is intense struggle underneath. This is a big statement on dualism. Things are not what they appear to be Calm demeanor covers lots of turbulence. Just as Shakespeare said that all that glitters is not gold, Darwin seems to declare that all that looks calm is not necessarily so. Nature is serene yet it is ferocious. You never know where the danger is lurking.

Another interesting observation made by Darwin is that plants compete for the attraction of the insects.

'Before the Pollen reach their destination, they have to be picked by a pollinating insect’. Plants compete for the attention of, insects by developing colorful flowers, with nectar as the reward for the visiting insects. Biologists now see flowers as adaptations somewhat analogous to the colorful feather designs on male birds such as peacocks' (22)

‘In a crowded environment the way to avoid competition is to evolve to become different from other similar life forms to yourself’ (25.)

This sounds like a practical tip from a management Guru.

Be different has been the slogan of so many advertisement campaigns. Interpretation of Darwin’s philosophy in the practicable areas is an interesting exercise.  Natural selection is a process where change demands change. One simple adaption in the physiology compels neighboring nerves and bones to adapt accordingly. Therefore, the beginning of change is singular but its end is plural. Simple beginnings have sophisticated ends. This is such an alluring argument in favor of change. And is it not true in practical life as well. One alternation, one deviation, one simple change demands other changes. This is the reason why natural selection is such a powerful force; it is cumulative. It enforces itself by repetition. Interbreeding is not possible within the natural system in order to prevent chaos and confusion among the species. Therefore, there is clear logic in Nature.

One powerful inference from Darwinian laws is that old order gives place to the new. Old practices are bound to decay. New practices are bound to be born and flourish. In the theory of natural selection, the extinction of old forms and the production of new and improved forms are intimately connected together (49). Another significant idea that crops up is that extinction is gradual. Species disappear in phases first from one spot, then from another.

Results derived from one place are not applicable at the other. Disuse reduces an organ. If we do not use a faculty or an organ or an ability it will vanish with time.

What Darwin wrote about evolution is so very true in practical human situations. The discoveries of Darwin and their lucid articulation by him sound so practical and practicable. Darwin changed the history of human thought because his scientific ideas give direction to social thought. We are influenced by his ideas. Reading his ideas, we find ourselves better equipped to face life, Only the fit will survive. We have to continuously adapt and change ourselves in order to successfully survive. Diversification and innovation are necessary for the growth of life. We should respect categories other than ours simply because the origin of all life is ultimately one. We inherit from our ancestors but we vary as well. This variation is crucial for the growth of life. One variation demands other variations. Ultimately all that is born must die.

‘Darwin would have been delighted by the findings of universal molecular homologies such as the genetic code. They are the best evidence we have that all life on Earth diversified from a common ancestor’ (69).

The proposition gives such a refreshing outlook on life. All life originated from one source. We may compare this fact with our narrow and false classifications of caste, creed, religion, race etc. I find this statement of Darwin to be truly democratic and modern in spirit.

Darwin wrote a lot on philosophical topics in ‘The Descent of Man and The Expression of Emotions’. One line of thought that is truly appealing is the role of ethics in war.

'Let it be borne in mind how all important in the never-ceasing wars of savages, fidelity and courage must be. The advantage which disciplined soldiers, have over undisciplined hordes follows chiefly from the confidence which each man feels in his comrades. Selfish and contentious people will be of use to anyone. A tribe rich in noble qualities would spread and be victorious over other tribes; but in the course of time it would, judging from all past history, be in its turn overcome by some other tribe still more highly endowed. Thus the social and moral qualities would tend slowly to advance and be diffused throughout the world.

In this manner, sacrifice and natural selection are not all that contradictory. Individual sacrifice can be community's survival. Morality has advanced because it is useful. Co-operation is reciprocal and it is deeply imbedded in the human psyche.

Darwin goes on to describe many such interesting topics like the power of female choice. The choice of the female has endowed the male with ornamental organs like a peacock's feather. In this aspect, there is competition only among the members of one sex. There is no question of fight between the two sexes simply because one sex cannot take the place of the other in the process of reproduction.

The bulk of work that Darwin produced testified his genius. He collects all possible data on a given topic over decades and decades and finally arranges them into one grand scheme i.e. one theory.

He builds his theory bit by bit, filtering information and observation from all sides. The most alluring part is that Darwin does not argue blindly, like a lawyer. He discusses in detail the lacunae in his hypothesis. The loopholes are given full expression. Discussing all aspects and exploring all possibilities the genius synthesizes the whole lot into one grand theory.

Note :
All the quotations have been taken from "How to Read Darwin" by Mark Ridley, published by Grants Books, London in 2005.
Images (c) Gettyimages.com