A Scientific Perspective of the Upanishads! 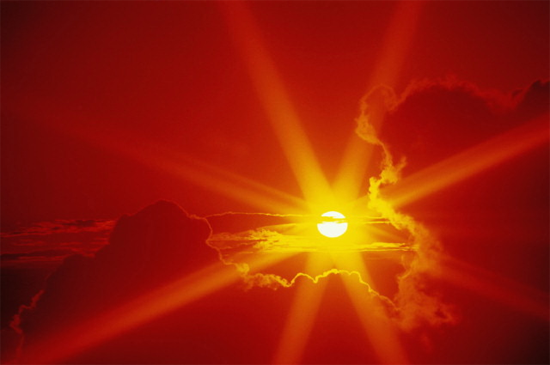 The Upanishads are treasure-houses of Indian spirituality and wisdom. They together with the Brahma Sutras and the Bhagavadgita are traditionally commented upon theologically linking to God and hence religion. Thus we have advaita view of Sankara, visista-advaita view of Ramanuja, dvaita view of Madhwa and saakta-advaita view as chief and popular views and sects are created around each of them.

Vedanta Darsana and advaita siddhanta have their roots in the Upanishads.

The Upanishads together with Vedanta and advaita philosophy can be viewed and understood from modern psychological and scientific points of view also. Such a view reveals the psychological and scientific content of the Upanishadic awareness. This view can be applied beneficially to the fields of mind-machine modeling, physiological psychology and natural language comprehension branch of artificial intelligence.  The Upanishads propose the existence of Atman in individuals and the Upanishads are source books of Atma Jnana. Atma Jnana consists of the theory of the origin, structure, function, cessation and control of mind in the four conscious states or phases of mind in which it works and ceases to work. Atma Jnana also provides us with the details of the source of psychic or mental energy whose changes and transformations enable us to know, perceive, reason, intuit, understand/experience and be aware of all these processes.

a) Psychological and Scientific Meanings of
Chief Upanishadic Mahavakyas

1. Aham Brahma Asmi - I Am Brhman I Am Self - The real identity of ‘I’ is Unoccupied Awareness. The state of Self. ‘I’ is not a body, person, thought or not a sense. ‘I’ is pure consciousness. ‘I’ is the impersonal Seer which is the source of mental energy and guide of and witness to transformation of mental energy as mental functions but unaffected by them and transcending both mental functions and their cessation.

4. Prajnanam Brahma Prajnanam - Is Brahman Prajnanam is Self Brahman - as Atman — Energy Presence – is Mental Time - Space and Continuous Awareness. Prajnanam is Unoccupied (by cognitions, thoughts, cognition-related and created experiences, senses or their retrieval) Awareness in Pure Consciousness.

6. Anando Brahma - Bliss is Brahman State of Self is State of Bliss - Unoccupied Awareness is bliss.

7. Sarvam Khalu Idam Brahma - All Idam is Brahman All Known/ Perceived / Experienced/Understood World is Part and Parcel of and Contained in Self - is a Superimposition on the Real I State - Idam, (prapancham or jagat ) (all the world – the collection of cognitions sensed by sense organs through the medium of manas) – is composed in, made up of, sustained by, rests in and ceases to be because of and part and parcel of psychic energy pulse generator – Atman.

‘I’ is not a person, a thought, a sense, an experience or an understanding. ‘I’ is a consciousness which transcends all these and is a non-transforming seer and witness to all these and is revealed and experienced as peace or bliss or silence in wakeful sleep conscious state- the mind-transcending phase when all mental activities in the form of thoughts and senses etc, - cease to be. And one has to refer to this natural mental state when one refers to ‘I’.

‘I’ is unceasing, undivided continuous blissful conscious awareness. ‘I’ or Atman is consciousness present always (in all phases of mind) and is super-imposed but untouched by mental functions during wakeful (Jagrat) and dream (Swapna) conscious states and becomes sense/mood or thought or expression. Self-consciousness arises in these two states and then ‘I’ is identified with individual’s body, sense and thoughts about I, me, mine, mental capabilities, gender, social status, age etc, and masks pure consciousness. In deep sleep (Sushupti) conscious state (like zero in number system it is without value but is essential and significant) there is no awareness of the body, the within or without of the body. No ‘I’ expression, thought, feeling or sense or experience relating to individual exists in this mental phase.

‘I’ or Atman is an eternal consciousness transcending the three conscious states – wakeful, dream and deep sleep- and observes all the mental activities or cessation of such activities taking place in these three mental phases. ‘I’ is also present during these phases as continuous consciousness/awareness to happenings within and without of the body.

Atman and Brahman are one and the same. The presence of Atman provides us with mental energy (chit sakti) and mental time-space (prajnaanam). Atman is the source of psychic energy or chit sakti. Because of chit sakti only we are able to be aware of our body, mind and its functions. From Atman, chit sakti issues out and gets reflected in Medha (intelligence) as Maya (illusion).

Thus maya is reflected chit sakti and is virtual (mithya), in the same sense as there is the presence of a virtual image in the mirror which is there but is not real. Virtual also means it is sourced from something else and its being is dependent on its source and its phase of existence is transitory compared to its source. Maya is also known as chidaabhaasa or pranavam. Maya, the mental energy providing current of awareness, pervades the whole body. It bifurcates and transforms into divya and swara. Divya is the jnaana sakti. It is divided as four antahkaranas (inner mental tools) - manas, buddhi, chittam and ahamkaaram.

Manas is the inner mental tool that connects us to the outside world through sense organs and cognition of objects takes place. Manas also stores these cognitions as inner mental world (prapancham or idam) and retrieves from it when necessary the cognitions as jagat in the form of thoughts or feelings (bhavas). These cognitions when happening create perceptions and simultaneously cause corresponding experiences for us.

These are called vasanas (remembrances). Vasana, which include also the meanings or senses of words and sentences we learn, are sensed, stored and retrieved by the inner mental tool chittam. The inner mental tool buddhi gives the ability for intellectual operations and discrimination. The inner mental tool ahamkaram gives us self-consciousness. Self-consciousness is a bunch of thoughts and feelings in the individual about oneself as I, me and mine, like the features of body, gender, job, social status, loves, hatreds, mental qualities and traits etc., when ‘I’ is identified with the individual’s body and mind.

Prana sakti activates action organs which act and react according to the perception created when knowing an object (vishaya) takes place. Thus Atmajnaana expounded by the Upanishads provides the software of mental functions. Our learning of various languages, knowledge, subjects, disciplines and skills and actions and interactions using mind are thus chit energy transformations in mental time space known as unoccupied awareness (prajnaanam) provided by Atman.

Our mental functions are a combined operation of Atman, maya, antahkaranaas, panchpraanas, jnaanendriyaas (sense organs - eye, ear, nose, tongue and skin) and karmendriyaas (action organs-speech, movements relating to hands, legs, bowels and reproductive organ). Atman is the result of the breathing process. Srestaprana, (most possibly O2, and the consequent rhythmic gaseous exchange taking place in the lungs) is given as the body (tanu) of Atman. Thus we can say that Atman is a bio-oscillator which generates psychic energy pulses which are responsible for mental energy materially (chit sakti) and also for mental time-space.

Maya is a series of reflected and virtual chit energy pulses, which flow throughout the body enabling us to be conscious-beings. Thus chit sakti first transforms as maya and then maya transforms as as jnaana sakti and praana sakti creating antahkaranas (inner mental tools) and pancha praanas respectively activating sense organs and action organs and hence causes various conscious states and phases of mind. Further, Atman – the Sat-Chit-Ananda - as Sat gives humans the ability to relate themselves to the body, their self (egoistic mind), aches/pains/sensations within (to have self-consciousness) and without of their body, as Chit gives the ability to know, to perceive, to think and as Ananda to experience, to understand, to create and remove moods, to know the meanings of utterances and experiences and as Sat-Chit-Ananda gives humans the ability to be aware of all these.

If humans are involved in these mental functions with an egoistic mind, they are self-conscious (jivatma/egoistic state of mind/individual) and if they witness these transcending as a seer or witness (saakshi) uninvolved and unaffected, they are pure consciousness (paramatma/egoless/ego-transcending/Divine). When studied with an open mind and further contemplation like this, it becomes clear that Upanishads are actually Texts of Science on Human Mind. The Atmajnana (Knowledge of Self) as revealed in the Upanishads as an integrated psychology in mental energy-presence and - transformation terms.