The Evolution of Indian Culture! 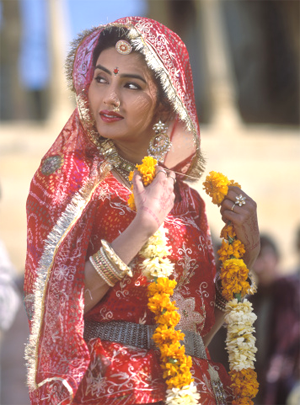 This write-up deals with the evolution of Indian culture and not just Hindu culture. Culture and civilization mutually influence each other and are complementary and supplementary to each other. Language essentially moulds culture. Religion, fine-arts, natural, secular and social sciences, philosophies, ideologies etc., constitute culture. Literature and texts of all disciplines, arts and skills are off-shoots through language and learning. Language is the medium that conveys all expressions. Experiences, intuitions, understanding, insight, emotions, perceptions, thinking, feelings, knowledge etc., are given form through language. Thus language is backbone for culture. Religion is secondary in this regard.

Sanskrit has been the important medium of culture of India of earlier times. Pali, Paisachi, Brahmi, Praakrut etc., were other languages available in ancient India. All ancient Indian Texts of philosophy, sciences, secular sciences, fine-arts are available in these languages.

It is not definitely known when civilization has actually started in India. Whether Vedic culture has pre-existed Harappan civilization and culture is not the subject matter of this article. Also no attempt will be made to decide the chronological order of events or evolution of thoughts and texts of various schools of thought or disciplines or arts or skills or other items.

Upanishads, the end-pieces of the Vedas are the source books of spirituality in India. Buddhism, Jainism, Chaarvakism are other famous and popular non-vedic cultures. Ancient Indian spiritual texts, texts of secular sciences and the like have evolved in unison influencing one another.

The evolution of Indian culture will be followed here by observing the evolution of spiritual texts, religions, social institutions, social and political philosophies, social justice movements, which have influenced the origin, being and advancement of various schools of thought and cultures. Spirituality and religion are not taken as one and the same. Hindu religion has many contours and denominations and is a spectrum of thoughts. Buddhism, Jainism and other non-vedic thoughts and religions which do not accept the authority of the Vedas have their own system of thoughts and hence culture. Brahmanism is the chief ism of Hindu culture. The word Hindu itself is the mispronunciation of the word Sindhu (Indus).

Dr. Radhakrishnan has stated that there is a Hindu way of life and not necessarily a Hindu religion. Theology and rationalism are two wings of Indian culture. Both have been flourishing influencing each other simultaneously, and also individually and independently. Upanishads though have been commented theologically by many eminent seers and saints, the sages and seers of the Upanishadic expressions have clear idea of what they are professing. They know that the Upanishadic insight they have revealed and texts composed are texts of science on human mind and has nothing to do with the existence of God. They very unambiguously stated that “Gods” are inventions of and created by, humans.

Brahmanism has given a social structure together with cultural and spiritual elements embedded in it. Buddhism, Jainism, Chaarvaakism, Veera Saivism, Veera Vaishnavism are both spiritual and social movements. Later social justice movements of the South [Periyar Ramaswamy (Tamilnadu), Sri Narayanaguru (Kerala)], dalit movements of other parts of India are all labeled and liked to be called rationalist movements. Except for Veera Saivism, Veera Vaishnavism, and Sri Narayana Guru’s movement, rest of the schools of thought are atheistic. They take pride in criticizing and sometimes ridiculing theism.

Gandhism has tried to combine spiritual and social elements taking truth and non-violence as basis and basics. Communism and radical humanism are recent additions to atheist schools of thought and developed their own cultures. The gender has also divided individuals and encouraged to start the culture of feminism and women’s liberation. Terrorism and Naxalism which kill fellow human-beings with impunity have evolved as cultures in their own way.

The Jewish and Persian (Parsi) cultures have their own Indian flavor. The western culture has found favor with people of “modern outlook” and our urban youth and elite are currently aping it joyfully. All these isms constitute and consist of present Indian culture. Sanskrit, which contains not merely texts of Brahmanism but also of Buddhism, Jainism and Chaarvakism, is unfortunately equated and identified with a single community and many do not like that language only for this reason and hence the culture associated with it.

The evolution and development of different regional languages have produced their own cultures confined to a particular geographical area. Chauvinism has mushroomed around regionalisms and regional languages, claiming to have separate culture. The culture created and sustained by Brahmanism is no longer popular and many criticize it for its bias towards a particular community. i.e., Brahmins. Brahmins have been and are severely criticized for creating and perpetuating a culture which allowed them to “exploit” other social sections. The truth in this criticism is debatable. Under this pretext they now are relegated to live a life of secondary citizens losing all rights for their just inclusion in the affairs of the state and the society. Of course all this is the result of evolution of Indian culture influenced sequentially over centuries by Buddhism, Jainism, Chaarvakism and other medieval and modern “rationalist” movements and cultures.

All the rational schools of thought mentioned earlier are striving to redress the sufferings of people. All of them invariably denounce Brahmanism for its “irrational” expressions. How far all these rationalist cultures spread over India in different denominations have been able to address the concerns and welfare of the citizens as a whole is another matter.

The invasions of Muslims have started Islamic culture and it has evolved in India in a unique way forming part of Indian culture. Then Sikhism has born and spread its own culture and religion. Christianity then entered and has an influential role in the design of culture of many Indians. Thus Indian culture is now a combination of many religions and isms evolved over a period of time.

The so called Hindu culture is also not unique. Various cults have been formed around the teachings of various seers, saints, sages, Babas. Ammas, Swamis, Sadhus and the like and currently there is no agreement among these cults and all of them individually claim to be different. Now we can not pin pointedly say this is Hindu culture. Many divisions, diversions and estuaries are formed to the Hindu culture and all of them have to be referred to when referring to Hindu culture. Some of these divisions claim to represent a religion different from Hindu religion for various purposes. Caste divisions have perpetuated their own cultures. Around these caste divisions many individuals have developed vested interests and are assiduously cultivating them for political and personal interests.

Political empires and Dynasties have been developed around caste, region, language, religion, ideology and the like divisions and Indian culture is also made to contain social justice, political, ideological aspects in addition to religious and spiritual aspects.

Language is stated as forming the basis of culture in the beginning of this article. Language, sometimes, seems to be a more and better unifying force than religion. In Tamilnadu and Kerala Muslims and Christians speak the regional languages, whereas in other parts of India Muslims speak Urdu and Christians English.

The North-Eastern India has its own unique regional as well as Christian culture. Attempts by some political parties to unite Indians by a religion have not been successful. But divisions by caste have yielded useful results to many caste leaders.

So Indian culture is not unique and no single religion, caste, region, language, or ideology has monopoly over it. We have enough divisions to be exploited by narrow-minded politicians and chauvinistic caste, regional, ideological and religious leaders. We have leaders and individuals who want to cash on our divisions and no one attempts to integrate us emotionally. Still we are able to survive as one nation is surprising. May be there is an underlying unifying culture which is Indian and not specifically of any single religion, caste, language, region, or ideology and is spiritual in essence. Let it flourish and let us live in peace.