Love is a rare virtue and is the highest form of emotional expression of mankind.  The act of love is directed by human heart which is susceptible to the feelings, sentiments, sufferings, miseries of other human beings.  Heartless person is not at all a human being.  A person may be strong in knowledge or an owner of vast wealth in the world; yet, if one does not have a kind or compassionate or sympathetic heart, one cannot be considered to be a great person.  That is why it is said that the greatness of a person lies not in the head but in the heart. 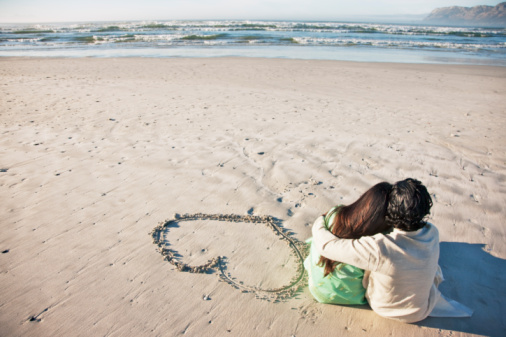 There are many ways by which one shows one’s love towards others.  There are many versions of love we can come across among the relationships of mankind.  Love is such a great power that it is beyond the scope of anyone to fully define what it is with the available words.  In fact, love cannot be expressed in words, but it has to be felt by the heart to understand the true nature of this wonderful power in the world.

From the observation of the life of man, animals, creatures, plants and natural things, it is possible to say that love is the natural concern for the well being of the favourite ones or others.  Love gives pleasure, happiness, confidence and courage to the ones who love others.  Where there is love, there one can find peace, prosperity and joy.  Motherly love, family love, romantic love and friendly love are commonly seen in life and read in literature.  But if the love of a person is true one, one is capable of suffering through out one’s life or sacrificing one’s life for the sake of the loved one.  The constant love of a person, in spite of the odd situations, times, circumstances, difficulties and hardships in life, is a noble or a divine one in the world.  It is a fact that both in love and war there is no fair or foul means.  The end of both is either to achieve success or to meet with death.  Therefore both for the lovers and the soldiers the cause is most important and they whole heartedly meet both life and death in the same manner.  That is the nature of true human love.

Not only Literature but also Religion and Philosophy exhort and analytically express about love and its supreme power in reality.  All religious expressions are meant for the heart and all philosophic expressions are meant for the mind.  Religion preaches about faith and philosophy analyses about truth.  But the essence or the basis for both is Love only.  The Buddhist interpretation of love reflecting all the other religious views about it says that Love is the Greatest Power, the Greatest Justice and the Greatest Knowledge of the World.  Therefore this love only is the truth.  There cannot be a love without truth.  Hence the prevalent expression of all the religions that Love is God is a widely accepted view of all human beings.

The primitive forces that are breeding enmity between man and man and still creating havocs to mankind are fear and hatred.  Like the all powerful God, the only supreme force that is still fighting against and containing all oppositions and absorbing everything within itself is love.  This is not the preaching of a priest, but a pure fact based on the observation, experience and knowledge of human beings.  Therefore it is to be understood that love is most important for everyone and without which the existence of secure and happy life is not possible on the earth.

There is a divine personality to quote as an example to this view.  The outstanding personality who had a permanent place in the hearts of all men due to his love for humanity was Gandhi.  He considered everyone as human being.  He approached every person with human love, which was the only means by which he could settle smoothly all human problems.  He got knowledge about various types of men through his own personal experience in South Africa and observations in India.  Whether the men were intellectually developed or emotionally attached the only means by which he could control others or make them concede to his view points was human love only.

He successfully practised love in private as well as in public and had done a most outstanding job in the world which could not be possible by any other person in the world.  That is why he was called as a divine person, a sage and a mahatma.  Persons of this type are rare in the world.  As per the religious utterances they live a simple life relinquishing power, position and possession.  These men are free from suspicion, fear, anger, lust and greediness.  They are true in their thoughts, words and deeds.  Hence their love is really a true one and which is why they are worshipped as gods in the world.

Sex in the West and East

The natural human love is a genuine one.  Each and every religion gives its own colour to the love under discussion. But though the methods of teaching of all religions may vary, yet the goal or the end of them is Love only.  The variations in the means are affected by the culture of different places only.  That is why there is contradiction in every matter between the West and the East.  In the west they say that there is calm before storm.  But in the east it is said that there will be calm after storm.

Besides other things sex plays an important part in love.  In the west sex is the first step to love.  But in the east sex is the final step to love.  That is why sex has become a very common thing in the west, whereas it is a vital thing in the east.  Therefore the love that is much talked about in the west is really lust only, whereas it is a noble passion in the east.  Hence women are treated as things of entertainment in the west, but they are honoured as mothers or sisters or friends in the east.  This is due to the fact that west gives more importance to material values than to human values.  Wherever this sort of western culture prevails, there the sex behaviour of the people is contradictory to the traditional nature of the place.  Yet, exceptions would be there on both sides, because no set culture pattern is always a permanent one.

Among the kinds of love, the love between man and woman is the most commonly talked about and the strongest one in the world.  The fruition of such love for a man and a woman is always marriage only.  The socially accepted marriage is a commitment for the couple to lead a disciplined and cultured life in order to maintain the marriage tie, which is accepted whole heartedly by both to the last.  After marriage only fulfilment of sexual desire is acceptable and justified so that the morale or harmony of the society can be maintained forever.

The sexual urge is a natural desire for everyone in the world.  For a best life, virtue is more important than the life itself.  Virtue is attained through knowledge.  Only through the path of virtue best things can be done in the world both for the present and for the future.  That is why the sexual urge has to be restrained till marriage is over.  More than the taste, the food to maintain health and strength is needed for everyone.  Mere pleasure will not solve the malaise of men.  Without the experience of hardships, the value of happiness cannot be understood and enjoyed in the proper perspective.  Without pleasure man cannot have interest in doing anything in the world.

Sex gives pleasure.  That is why sex is vital for life and hence it has to be used constructively or creatively in order to achieve better things in life.  The physical pleasure that sex gives is a very short and temporary thing.  The mental pleasure is attainable whenever possible, if the mind is aesthetically absorbed in the higher order of things.  But the spiritual pleasure is enjoyed only by a few who have a pure heart and a noble mind, and is the everlasting pleasure of man.  Therefore the animal pleasure of the body, the aesthetic pleasure of the mind and the mystical pleasure of the spirit are the three stages of pleasure man is capable of enjoying in his life-time.