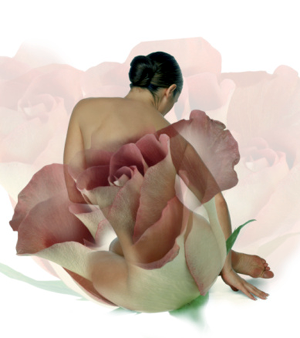 Virginity and chastity are the imagined virtues strictly assigned to the fair sex in many societies. Why such stringent conditions were imagined and imposed on the fair sex by the male chauvinists?

Why everywhere such a biased tradition is in vogue relating to fair sex? In addition to male chauvinism any thing else is also a reason?

Virginity and chastity are also states of mind. They are not merely associated with abstaining from pre-marital or extra-marital sexual affairs. Why this is imposed on women only is not known. Though it can be blamed easily on male domination and chauvinism and selfishness of men, it can have still deeper implications requiring inquiry and understanding.

Before venturing a journey into such an inquiry, we can observe contemporary mood and expressions. Khushboo’s statement to a certain extent reflects the mood of the “elite” in our country.

No marriage, or living with a companion or permissive and promiscuous life seems to be the fashion of the cultured and civilized. If one has money in abundance, one can live as one likes. Restrictions are only to those whose lives are made or marred by money. It is now not a taboo to discuss these things in public and express ourselves as we feel and not necessarily as we behave. This is the culture of the day.

Now trying to understand the origin of the concepts virginity and chastity concerning imposition only on fair sex, it might be to protect the fair sex from the advances of and exploitation by unscrupulous men. It was then imposed because women were not financially independent.

Also the character Kunthi in Mahabharata may provide an answer. She was sixteen years old when she first conceived Karna. Though a story that a seer gave her boon to the effect whomsoever man she wishes to be with her he will be with her. In her teens and adolescent bent of mind she thought of Sun God. The result is conception of Karna. She became panicky and put him in a basket and left him in the Ganges. Radha found him and brought him up. Later when at a convenient time she wanted to claim that Karna is her son, Karna was not charmed or enchanted. He considered and considers forever Radha to be his mother.

This informs that a woman becomes a mother when she brings up the off-spring also and not by merely giving birth. So Karna was clear in this aspect, but his great virtue, charity, in him made him to give Kunthi a word that he will not kill other Pandavas except Arjuna in the ensuing war. Though Kunthi is the biological mother, once she has forsaken him to save her honor, she ceased to be Karna’s mother.

Kunthi is a princess so could some how save her honor by making her son the scapegoat. But will life be as smooth to any ordinary girl if she conceives by pre-marital sexual encounter? Whether we like or not it is the female species that has to bear the effects of biological consequence of sexual-act and the burden and brunt of delivering, rearing and bringing up a child under any or such circumstances. This is the law of nature and animal kingdom and we are animals first and last. And mind, no pills, condoms or other safety family planning devices were available then. Also the well-knit and togetherness in family living then makes it impossible for the girl to resort to abortion.

Even a genuinely married couple together is not able to bring up the off-spring in these days of high prices. How can a single girl not economically independent do that? So to be as a precautionary measure the restrictions were imagined and put into practice.

So, virginity was imposed in the days of non-availability of family planning devices and avenues for secret abortions, for economically dependent fair sex. So also chastity is proposed. Common sense is the basis for such propositions.

We also have the story of Sakuntala. She was an unwanted child for her mother Menaka. This shows how some mothers behave irresponsibly. They just enjoy and do not want to take care of the consequences. The infants will be the sufferers and victims. And again in the case of Sakuntala, how after enjoying, Dushyanta feigned ignorance that he ever met her and started talking man-like about her honor (Vyasa, who wrote this story in The Mahabharata has no mental inhibitions in the characterization of Dushyanta as Kalidasa who invented a curse in Abhijnana Saakuntalam to not besmirch his hero of conceit and deception). This story too tells girls or women that they should not be enamored for the sweet talk and promises made by promiscuous men and offer themselves. Though it is an enjoyment to both, it is the fair sex who has to bear unwanted pregnancy.

Some may dismiss the stories of the Ramayana, Mahabharata and the like as the imaginations of some exploiting class and question the existence of such characters. If we show such radicalism towards Panchatantra stories we will be missing a mine of wisdom useful to us. In Panchatantra stories animals speak; rationally this can never happen. Shall we miss all these just because irresponsible atheists selectively abuse our culture? We always take the essence and useful information from such stories and fiction. Just because something is fiction it never loses its significance, usefulness and value.

Now many young women are financially independent. After having economic independence other needs come into picture. One must not falter in one’s own interest during the process of fulfilling emotional needs. Let them have a course of life as they like and let us see. Their experiences will be useful examples for next generations.

Definitely virginity and chastity are equally applicable to men also. I never understand why the white people are so much sympathetic with us and raining money in the welfare of HIV affected persons and thus are providing livelihood to so many committed workers. Some of the over-enthusiastic workers having white skin kiss in public during such campaigns “celebrities” who were humiliated by models of worse culture. It is as if white skin people overcame aids threat themselves or careful enough to demand use of family planning devices by their partners in their countries.

Test-tube conception and taking wombs for rent may solve the problems of the rich and technologically advanced people of different culture and save them from the travails of conception and delivering. Such enlightenment is not available with our women-folk who are ignorant or not in a position to demand their genuine partners to use condoms. So much is involved in promiscuity. This is known to all of us but we are frail.

Virginity and chastity might be “outdated” words to a few neo-rich and “elite” sections of the society. But for millions of Indian girls and wives virginity and chastity are still guiding principles. And every life and everything in life revolves around money, economics and financial position though not on culture and tradition. One must not lose sight of this truth. A wealthy man or woman is capable of doing something for the indiscretions committed; but not all. So an awareness of such realities may be useful for girls and fair sex to take their own decisions.