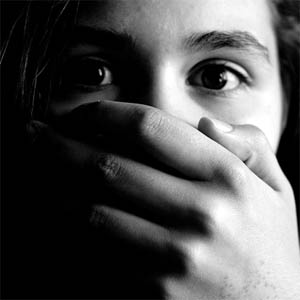 Fear is due to ignorance.  Knowingly or unknowingly due to ignorance, fear and urgency people do a lot of mistakes, crimes and sin.  To fight against fear and eliminate it, it is always the better way to love knowledge to know the truth.  That is why knowledge is virtue; knowledge is power.  So, only when one is virtuous and powerful by true knowledge one can really be free, frank and fearless.

So to say, fear and love are the two contradictory forces which rule the minds of men.  We can be a slave of love but not fear.  The force of fear only makes inhuman creatures like animals, etc., anti-social elements and ruthless, hardcore criminals obey to the laws of nature or man.  In fact fear is the key that brings out the truth direct from the mouth of the incorrigible criminals.  On the other hand, the force of love controls men of character, innocent people and children to do all works including sacrifices too i.e. to do anything and everything for nothing but for love only.  Naturally the force of fear is animal in nature, whereas the force of love is divine in nature.  However, of all the powers, love is the greatest power in the human world.

In spite of the progress and the development of man and the world, the fear of man has not gone away and the threat to world peace is still in the critical stage and is more than ever before.  Previously man was afraid of the forces of Nature, predators, strong men or brutes or giants, diseases and death.  Then he gained knowledge about self, the world, Nature, diseases, God, etc. and also learned ways and means to utilise or harness the forces of Nature for beneficial works, found medicines to cure diseases and understood that death is a natural process and the spirit in the body is immortal, etc.  Knowledge gave him confidence, courage, endurance and boldness and as a result he lost fear.

Afterwards Industrial Revolution came, industries grew everywhere and people losing interest in Agriculture migrated to towns.  Labour Unions developed, socialism or communism as philosophy of politics gained popularity and corruption became rampant in communist or socialist countries ruled by dictators.  Then World Wars did untold havoc to many societies of the world and as a result of which stock piling of Nuclear Weapons increased in many countries of the world both for defence and offence.  Spy activities of the Super Powers interfered in the affairs of other smaller countries indirectly and changed the form of governments there.  Increase of Extremism and Terrorism in various countries and remote control bombs in the hands of the terrorists threaten the very existence of the world now.

Fear due to Bombs and Terrorism

Therefore the fear of man has not entirely vanished but has shifted from one thing to another thing.  Now the fear of man is on the dictators’ or Super Powers’ (or some other kind) stock piling of Atomic Bombs, the terrorists’ threats of annihilation of trains, planes, important cities and VIPs, etc., rampant corruption everywhere and the money  power dominating and controlling over the affairs of men.  Therefore it seems civilisation is giving way to barbarism.  This means that history has started to repeat itself again as man’s nature remains to be the same even after thousands of years of evolution.

Disintegration of Joint Family and Machine-Beast-Men

Controlled by fear of this kind or that kind man lives not like a human being but like a machine-beast-man forgetting the rich culture and the high civilisation he has built so long that has enhanced the value of human life to the divine stature.  Previously like the beautiful, gentle and peace loving elephants live in groups in the forest man was living a joint family life.  Perhaps he might have got the knowledge of joint family life from the elephants.  Then the joint families broke into nuclear families.

Now after all sorts of technological and electronic developments both husband and wife work separately to earn money in order to support a small family of one or two children.  The children of such families could not get the opportunities to know anything about tradition, heritage and culture from their grandparents.  Further they don’t enjoy the care, love and affection of a joint family system that develops the wisdom more than the intelligence they get from the modern education which gives importance to specialisation rather than all round development of the mind, body and spirit.

Due to such discrepancies children grow to be civilised youngsters rather than cultured or morally well developed citizens.  All the members of the small family spend the time minding their individual works only without bothering about others’ concerns, cares, problems and worries.  In short they all work as machines and live like animals satisfying their timely needs by any available means without any rationality.  If life goes on like this how can there be a family relationship or a good human relationship at all?

Retardation from Divinity to Animalism

This leads to mental sadness or illness which activates the individuals to indulge in sadistic pleasures that are manifesting in the forms of inhuman or horrible bomb blasts, rapes and destruction of innocent human beings here and there.  Not only this but also the working peoples who are members of these unions or those unions that are connected to various political parties having rivalries with one another fight for various causes without rhyme or reason and thereby losing human touch do greater harm to the nations than things of progress and developments for them.  But the people of conscience though aware of all the bad aspects of these happenings, could not stop such things for the fear of going beyond the whip of their group or union or community.

If they come out of the circles and see the reason and kindness, they know what they have to do.  But since they could not come out of the circles, they are living in fear and darkness in life.  That is why culture and civilisation have lost their hold and honour in the present society.  Therefore instead of upgrading himself to be a divine, man degrades himself to be an animal losing all kinds of value of man or worse still to be a inhuman or indifferent materialistic machine or worst still to be a living dead body or matter of no worth or value!

Whatever be the progress and developments man has achieved by his wonderful knowledge the uncontrolled growth of population which has tilted the balance in its side, makes them inadequate and meaningless.  Therefore by controlling the growth of population, the condition of the world can be stabilised and any meaningful and reasonable progress of the world can be made possible.  Not only by the introduction of contraceptive devices, pills, condoms, etc. but also by creating awareness socially, psychologically, philosophically and religiously about peace, happiness, good health and better things that can be achieved by birth control, population growth can be contained successfully to a great extent.

But without food the survival of the world population is not possible and so according to the growth of the population, the production of food products should be increased by finding new scientific methods of cultivation for rapid growth and harvest of food items that are protein rich and having high nutrients along with the increased production of sea-foods, meat, etc. and also the vast area of the barren or waste lands should be scientifically recycled for agricultural use in order to  produce grains or vegetables suitable for the consumption of the people.  This is how the food resources have to be conserved or maintained for the survival of the world people in the future with the collective efforts of all the nations of the world which is easily possible by the creation of One World Government.

Resource Crunch in the Future

Wood, coal, oil, uranium, thorium, etc. are got from natural resources for the production of energy, without which nothing will go on both in the home and in the industries.  Iron, copper, brass, aluminium, carbon, sulphur, silicon, etc. got from the natural resources are consumed in the industries in large quantities as raw materials for the manufacture of materials in the form of appliances, vehicles, equipments necessary for home, office and hospital for work, entertainment, health and transport.  Then rice, wheat, barley, oats, vegetables, fruits, etc. produced in the agricultural fields, mutton, beef, pork, meat, etc. of cattle, sheep, pigs, chicken, etc. from the villages and fish, prawns, crabs, etc. caught from the sea are consumed as food by the people.

Hence it seems energy, raw materials and food available from the natural resources consumed by the industries and home in the quantities as at present may last only for a few more hundred years or thousand years.  So, the detailed description of delicious foods in the books cannot practically serve to satisfy human hunger!

Not Competition but Cooperation Needed

With the increase of knowledge intelligence developed and due to ambition competition in the field of industries increased exploiting natural resources for energy and raw materials and causing environmental pollution by the dumping of industrial wastes everywhere and by the emission of exhaust smokes that has not only polluted the air we breathe but also are reducing the ozone layer in the atmosphere and creating holes in it in such a way that the ultraviolet rays come directly from the Sun to the Earth and affect the eyes and skin of the people with various kinds of diseases.  Further due to the increase of industries, towns and population the agricultural lands which are producing food products are getting reduced.

As a result of the enormous growth of industries and world population energy, raw material and food resources are dwindling everyday to an alarming proportion which is not good for the world’s future.  Analysing over these facts we unfortunately come to the conclusion that the causes for this sorry state of affairs are intelligence and competition.  Hence it is true as wisely said by Einstein that imagination is more important than intelligence; and now what is needed for peace and unity of the world as suggested by Russell is that cooperation is more important than competition.  Therefore to overcome the difficulty of resource crunch in the future imagination of the future is needed; and more than that cooperation from all sections of the world people is very much needed to materialise that imagination or dream we all like.

Now the problem before everyone is how to set right the disorders of the world we see today and how to change the course of the world in the right direction.  The solution is the creation of One World Order, World Government, World Law and World Security.  Though this idea is not a new one yet this is the thing that has to be done now more than ever before.