The Curiosity reaching the Gale Crater will be the outstanding milestone for all who conducted took interest in the Mars Exploration Program. It is a science-driven program that seeks to understand whether Mars was, is, or can be, a habitable world.

Each Mars mission is part of a continuing chain of innovation. Each relies on past missions for proven technologies and contributes its own innovations to future missions. This chain allows NASA to push the boundaries of what is currently possible, while still relying on proven technologies. 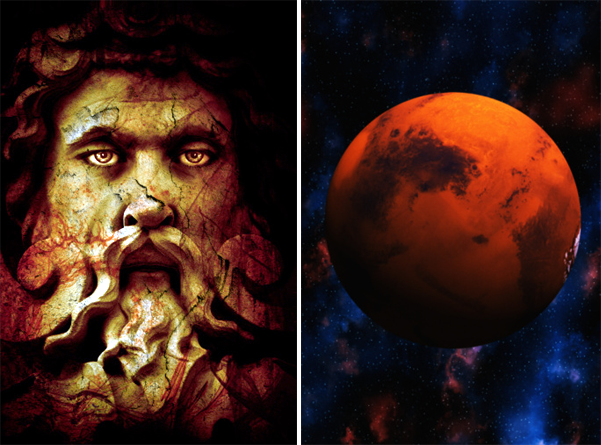 So far, the exploration of Mars has occurred in three stages:

Future Exploration may include: 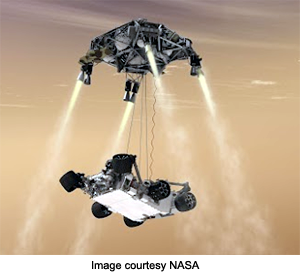 The Rover enabling the Curiosity to land at Gale Crater is the most sophisticated exploration vehicle that ever visited Mars. It is designed to survey the Martian landscape, analyse the rocks and search for signatures of water under the Martian surface. The world waits for the exploration with a throbbing heart. It is a £1.6bn mission, the costliest ever known in the history of space exploration.

Indians have contributed a lot to the Mars Mission.

The Rover will reach on the Gale crater location where Curiosity will land after flying more than 350 million miles in the last eight months. A space crane will be deployed for the first time to gently lower the rover on the Mars. If everything goes according to the plan, six wheels of the rover will sink in the red soil and begin to transmit images within hours Gale Crater was chosen as the landing site because it is a place with sedimentary layers.

Each layer records the conditions during a particular geologic epoch. Some layers contain clay minerals, according to remote sensing data sent back by the Mars Reconnaisance Orbiter; and will help recreate the paleoenvironment on Mars.

Anita Sengupta, a senior systems engineer at NASA’s Jet Propulsion Laboratory (JPL), also played an instrumental role in the much talked about EDL A parachute tested by aerospace engineer Anita Sengupta is among critical mission elements that will determine the fate of a US spacecraft as it attempts to safely deposit a robotic rover.

The probe this time streaks into the Martian atmosphere at 13,000 mph and begins an intricate set of manoeuvres designed to drop its cargo onto the surface of the planet with no more than a gentle bump. Two times larger and five times heavier than old-generation Mars rovers Spirit and Opportunity, Curiosity rivals a small SUV in size and carries 15 times the weight of the scientific instruments that Spirit and Opportunity have – entry, descent and landing – sequence, which has been dubbed as “seven minutes of terror,” by engineers.

Mars is cooperating by providing good weather for landing, The dust storm in southern Mars which was monitored by NASA’s Mars Reconnaissance Orbiter appears to be dissipating. Scientists are elated to see the development.