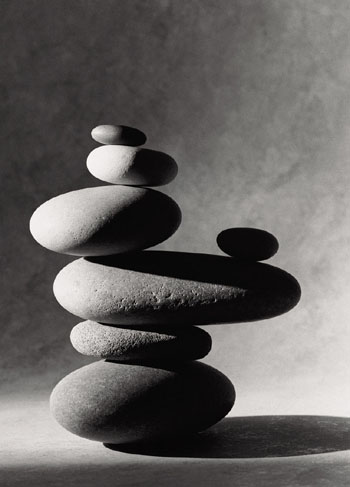 It is up to every individual to decide to what cause he or she wants to dedicate this millennium to. On my part, I would say, 'let us dedicate ourselves to establish new culture and civilization by manifesting our inherent "Shresthatva - (excellence)", howsoever small and in whatever field it may be!'

As Lord Krishna says in the Gita: "O Arjuna, whatsoever a Shrestha Purusha - great person - does, that very thing other men also do; whatever standard he sets up, the generality of men follow the same. (Gita III. 21.)

Let us proclaim ourselves to be 'Shrestha', which indeed we are, by manifesting our true divine nature. Over centuries, certain misconception, misrepresentation, misguidance, and mischief have pushed us under the deadly spell of inexplicable hypnotism, which deliberately or inadvertently has led us to believe we are weak, we are sinners.

But there in one of the Upanishads, the sage declares: "O you divine on this earth, sons of Immortal Bliss...", which Swami Vivekananda elaborated in his speech at the Parliament of Religions Chicago 1893 as, "Children of Immortal Bliss --what a sweet, what a beautiful name! Allow me to call you by that sweet name -heirs of immortal bliss. The Hindu refuses to call you sinners..."

Let us believe in this truth. Let us give spirituality a chance to manifest in our lives. It would be fitting gesture and new experimentation in this millennium. Along with the truths of physical sciences, it would be a welcome beginning to accept results of spiritual science. The scientific nature of spirituality has been proved by many scientists in their lives: Jesus Christ, Lord Buddha, Sri Krishna, Sri Ramakrishna, and Swami Vivekananda are but to name a few.

The question would arise: How to express this divinity in us? How to manifest 'Shresthatva' inherent in us?

Acquisition of wealth, money, knowledge, and power is already going on. But the motive is selfish: for myself, for my family, for my people, and for my country! However, this is not enough. Selfishness is, in fact, the cause of confusion and chaos prevalent today. Key to new culture is to go beyond whatever level one has reached and think for others. For instance, if one has already reached the level of selflessness where one cares for, say, whole of America, then attempt should be made to extend this limit to care for, say, Asian and African peoples as well.

This should not be seen as domination of authority over subordinates, might over right. The idea is not to control or command or influence others out of privilege. Nor is it an attempt to win over the gullible and vulnerable. It is an attempt to realize and spread the idea of higher goal attained and attainable, as seen in the lives of 'Shrestha' person.

First thing is to believe in oneself - Atma-shraddha. Secondly to accept the fact that every human being has some Shresthatva, in some form or the other. Nobody is so lowly as to be totally discarded. This faith in the divinity of human soul is the key to success in life.

To attempt to excel in the allotted or chosen role or field of activity is Yoga. Thus one focuses on spiritualization of the self, the family, and consequently the whole society by imbibing higher values in one's character. The basic value is selflessness! Ethics and morality are based on one principle; that is of renunciation and selfless service.

"Not me but Thou!" This exhorts us not to seek but to give. Therefore, always become 'giver' in life. Give love, give money, give pardon, give knowledge, and give whatever best you have without expectation of any return.

Then a noble question will take birth in this purer heart: have I enough to give?

The question will encourage and stimulate one to acquire more. Up till now the only function was to give; now one more function is added to your routine. To acquire more so that one can give more!

As Sri Krishna says: "O Arjuna, as the unwise act with attachment, so should the wise man, seeking maintenance of world order, act without attachment" (Gita III. 25.) Such higher evolution in psyche is already visible in pockets in every culture and society. There are examples of many 'Shrestha' persons who can guide us by their lives, sayings, and teachings.

Selflessness, giving up of privileges, and rising above body-mind pleasure are desirable qualities because everyone knowingly or unknowingly is seeking the same. This is a spiritual discipline and not a routine power mania. This is no exploitation through cultural or economical relationship. Society forces these values by way of ethics and morality. That is why democracy is superior to autocracy, and art and literature are valued more than mere sense enjoyment.

The evolution of a society depends upon the number of such persons with qualities of altruism, compassion, and generosity. How many persons at a given time in history have achieved the highest degree of such qualities? Ask this question, and answer shall define the best social order. More the number of such souls, more progressive is the social structure.

Easier said than done! Yes indeed. That is precisely why I said in the beginning: Let us experiment and give spirituality a chance!