Is CO2 the main culprit of global warming? This has been an hotly debatable topic among the environmentalists. One group says CO2 is a normal gas like hydrogen, nitrogen and oxygen and not a reason of recent global warming but there is another group of believers that admit CO2 as culpable. I am believer of second group and I have logical reasons for the same.

In our surrounding we have a large number of nutrients but not all of equal importance, few are micro and other are macro similarly their ratio in our diet matters a lot. If one exceed its normal limit it can cause an ailing factor to the functioning of the human body.  Similarly CO2 is main culprit for causing global warming due to presence of carbon which is main building block of nature and nature believes on balance of everything. 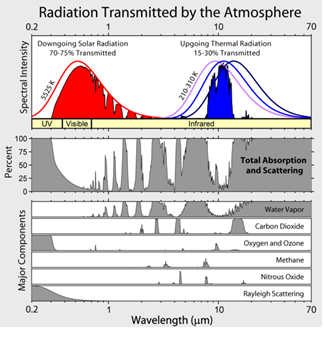 Carbon dioxide (CO2) is a slightly toxic, odorless, colorless gas with a slightly pungent, acid taste. it is currently occurring at an average concentration of about 390 parts per million by volume or 591 parts per million by mass. CO2 gas is 1.5 times as heavy as air, thus if released to the air it will concentrate at low elevations. Warmer air temperatures would result in increased surface-water temperatures, decreased duration of ice cover and, in some cases, lower water levels. These changes may contribute to decreased concentrations of dissolved oxygen.

About three-quarters of the anthropogenic emissions of carbon dioxide to the atmosphere during the past 20 years have been due to fossil-fuel burning. Activities consuming fossil fuels include power generation, transport and industrial / manufacturing processes. The rest of carbon dioxide emissions are predominantly due to land-use change, especially deforestation. The primary reason identified by climate scientists is because of the excess CO2 emitted by the human consumption of fossil fuel. Humans have increased the content of this carbon dioxide gas in our atmosphere some 30% since the beginning of the industrial revolution. Large quantities of CO2 are produced by lime kilns, which burn limestone (primarily calcium carbonate) to produce calcium oxide (lime, used to make cement); and in the production of magnesium from dolomite (calcium magnesium carbonate). Other industrial activities which produce large amounts of carbon dioxide are ammonia production and hydrogen production from natural gas or other hydrocarbon raw materials. 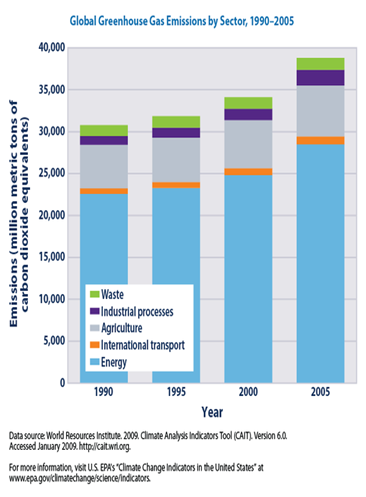 Global warming is also by the result of an excess of greenhouse gases, by destroying tropical rainforests, which threatens to change climate in an unprecedented manner. Heat from the sun, reflected back from the earth, is trapped in this thickening layer of gases and global temperatures rise as a result.  Carbon dioxide is constantly being exchanged among the atmosphere, ocean, and land surface as it is both produced and absorbed by many microorganisms, plants, and animals. However, emissions and removal of CO2 by these natural processes tend to balance. Since the Industrial Revolution began around 1750, human activities have contributed substantially to climate change by adding CO2 and other heat-trapping gases to the atmosphere.

Trees have a big role to play in life on earth and are basically the only reason we’re alive right now.  It is common knowledge that trees absorb carbon dioxide from the atmosphere, convert it into carbon and oxygen which is stored as carbohydrates and sugar, and release oxygen back into the atmosphere, so they acts as lungs of earth and purify the atmosphere.

Air combination also disturbed by theses climatic chain pummels chain reaction. In addition, the ratio of oxygen to nitrogen in the atmosphere has declined as CO2 has increased; this is as expected because oxygen is depleted when fossil fuels are burned. The Southern Ocean is the largest of these ocean carbon sinks, soaking up about 40 percent of mankind's CO2 absorbed by the seas.

According to estimation future CO2 ranges will presumably continue to rise at a rate of about 2 ppm per year in the near term.

Global temperature is increasing rapidly day by day is a normal scenario in current situations, unfortunately alone we can do nothing , but by a team we can do much more and save our mother (earth) by curing its lungs and that is possible  by increasing number of trees.