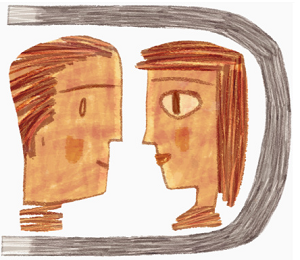 Alternative medicine is a battery of 'therapies' and 'techniques' that serve as an "alternative" to the commonly employed system of medicine labelled as "western medicine". The term "alternative medicine" is a generic code name for a series of medical interventions available for treatment of ailments when conventional biomedical agents like antibiotics, pain relievers, chemotherapy, and other prescription drugs fail to offer adequate relief. It includes procedures like acupuncture, acupressure, kinesiology, aromatherapy, music therapy, biofeedback, enzyme therapy, chiropractic, herbal medicine, magnetic-field therapy, massage therapy, mind-body medicine (yoga), meditation, and naturopathic medicine. It is a growing belief that alternative medicine is economical, effective, less invasive, and safer than conventional medicine. As the various systems employed in alternative medical procedures are multiple and diverse in nature, a general statement about their efficacy is not possible. Moreover, the efficacy varies from person to person.

The origin of various alternative medical procedures ranges from the very ancient to modern times. Acupuncture originated in China long back in 2689 B.C.Yoga is among the oldest Indian systems of health care, now practised all over the world. It was systematically recorded by Patanjali in the second century B.C. Whereas, biofeedback, enzyme therapy, chiropractic medicine, naturopathic medicine, and osteopathic medicine gained popularity in the 20th century.

Magnetic-field therapy or magnetotherapy employs static magnetic fields produced by permanent magnets applied to the affected body parts. There are no harmful side effects to magnetic-field therapy if used properly. A magnetometer is used as a standard method for determining the poles of a magnet. The strength of a magnet is measured in units of gauss (magnetic flux intensity) or tesla (1 tesla = 10,000 gauss).

The three supposed physical mechanisms through which pulsed magnetic fields interact with living matter are: (i) magnetic induction; (ii) magnetic mechanical effects; and (iii) electronic interactions. All magnets have two poles - one positive and one negative, and they have different effects upon biological systems of the human body. Negative magnetic fields have a beneficial effect on the living organism, whereas, positive magnetic fields have a stressful effect. On prolonged exposure a positive magnetic pole interferes with metabolic functioning, reduces cellular oxygen supply, produces acidity, and encourages the replication and multiplication of microorganisms.

Positive fields can increase pain due to their interference with normal metabolic functions. Negative magnetic fields applied to the head have a calming effect due to stimulation of production of melatonin. Melatonin in turn antagonises stress, ageing, infections, and development of cancer. The production of free radicals is reduced.

Free radical themselves react with other molecules and derange protein synthesis.

It is also claimed that negative magnetic fields also improve blood flow in the underlying tissues. However, certain studies contradict these claims. Even in the magnetic fields used in magnetic resonance imaging (MRI), none of the claimed effects have been observed. Lately, magnetotherapy has been employed to treat Major depressive disorders (MDD) in patients of depression who fail to respond to conventional antidepressant medication. For this repetitive transcranial magnetic stimulation (rTMS) is done over three weeks with around 20 sessions. This therapy has been approved by the US FDA. It is considered to be effective and safe.