Rumblings Under the Himalayas 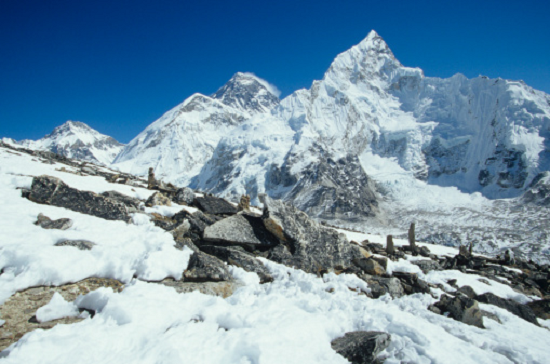 Ever seen a giant army truck carrying a huge tank on its back! If you have seen it then you must also have heard the rumbling sound it makes, while moving. Well the Himalayas are moving too. But their rumblings are felt and never heard.

Once again imagine the heavy truck moving on the road, as you stand and watch on the roadside. The ground under you trembles. It vibrates and you can feel it. Imagine if the ground under your house begins to vibrate and shake, what will happen! One shudders to think of that.

Population means dwellings. Our ancestors made houses that were earthquake safe. Some of them are intact despite the visit of massive earthquakes in the past thousand years. The rising cost of construction and demand for ‘modern houses’ which are more akin to the geologic conditions of the plains than the shaky Himalayas have led to multi-storied pigeon holes on the RCC pillars. The pillars do look strong and generate a confidence in the mind of a house-dweller. Alas, they are unaware that the ground under the pillars is unstable!

Recently, The Hindu Business Line has carried a story, which quotes the work of the Geophysicists of the Stanford University saying that the Himalayas may experience major earthquakes. Their work is based on the data gathered from the 20 earthquake monitoring stations along the length of the Himalayan chain. When a scientist makes a claim or postulates something, it is not like the future telling stories of the Nostradamus. His work is based on the facts gathered, their analysis and interpretation.

Geologists and the geophysicists know it well that the whole hullabaloo is about the plane along which the Indian Plate and the Asian Plate have collided. This plane is called as the Main Himalayan thrust. It is also known that so powerful was the collision that even now after millions of years the Indian Plate is quietly pushing and pressing the Asian Plate at an average rate of five centimeter per annum. Naturally if something is being pressed constantly, it is bound to generate stress. It is this stress which gets released from time to time in the form of the earthquakes. This plane along which the plates are generating was supposed to be dipping gently at two to four degrees northwards, says the Hindu Business Line. But the Stanford geophysicist, Warren Caldwell found that a twenty kilometer long stretch of this plane to be dipping steeper - at 15 degrees. Now this is not a very good sign, such a sudden sharp inclination can be a centre for massive earthquake/s. 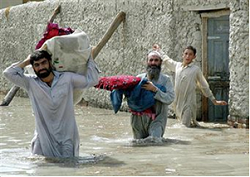 The history tells that the Himalayas have been, in the past affected by some great earthquakes. The Kangra Earthquake of 1905 was one such earthquake. Those were the days when the population was much less. Therefore, despite its magnitude (8) only 18000 people perished. Dr D.S Arya, National Seismic Advisor to government of India had predicted a few years ago that if an earthquake of same intensity visits the region again 80000 people may lose their lives. His prediction came almost true, when 79000 people perished in Mujaffarabad in neighboring Pakistan in 2005.

But this latest information about the plane of meeting of the two plates being much steeper is certainly a cause for alarm. The population affected will be much more than Dr. Arya’s postulation. The reason being, that the density of population has tremendously increased and the precautions to be taken while construction of residential buildings, hospitals and schools etc. have been thrown to winds.

The worst part of the story is that the geophysicists fear that the rupture this time will be more on the southern side that is, our side of the Himalayas, than the northern side.