Upcoming Metros should Manage their Sewage

Lucknow, an upcoming Metro city of the country is facing the challenge of sewage. Recent studies by Dr. Munendra Singh of Lucknow University reveal that Lucknowites are facing the brunt of stomach ailments due to highly polluted water.

Yes, it is a fact that the doctors’ clinics are full of patients complaining of stomach ailments-mostly due to the high content of the faecal coliform bacteria in drinking water. 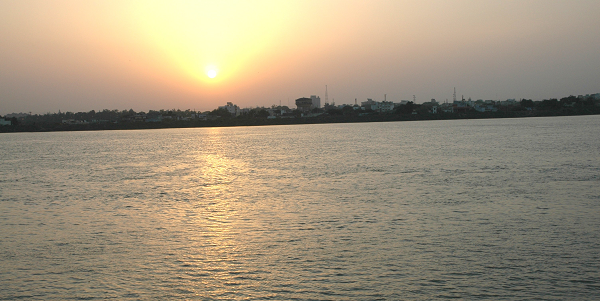 To understand the gravity of situation, we need to peep in to the past a little. Lucknow, though an ancient city, saw its rise as a capital of the Oudh between the years 1700 and 1800. It was during those 100 years that this city got the tag of a city of culture. It was during that period that lots of construction activity took place in Lucknow and gradually in the next 100 years the City took its shape.

The post-Independence era saw maximum construction activity and over a period of time the large ‘Kothis’ were replaced by multi-storied apartments. This was because the demand for dwellings increased multi-fold. The graph of requirement of dwellings continues to travel skywards.

Contemporarily, in this part of the country, Lucknow and Delhi are the two places where the influx of migrants is high. In the recent years the city has attracted hundreds of thousands of migrants. Majority of them are job seekers and the labourers. They come not only from the far off districts of Uttar Pradesh, but also from far off states like Chattisgarh and Bihar. Most of the migrants are poor. They cannot afford a decent dwelling. They have to make do with the slums which are abundant in the city.

These slums rarely have toilets. People squat in the open. If at all the toilets are there, then they drain in to a nala-which are abundant in the city.

In a nutshell the faecal matter either reaches the nalas or from the ground it is washed down by rains and carried to the lofts of groundwater. Lucknow is situated on both banks of the River Gomti. Like any other river of the alluvial plains, Gomti too either takes water from the aquifer or gives water to the aquifer. In either case it is the water which gets polluted.

The network of ‘nalas’ in Lucknow was initially not constructed for carrying the city’s muck. But it was mainly constructed to act as storm water drains and also the canal like Gaziduddin Canal was built with the concept of linking Ganga with Gomti. However, due to technical problems the plan was left half way. The canal that came up was beautified and while the search for a new cantonment site was on during the British days, the army commander sought permission of the Resident to shift it to Charbag near the bank of the Canal. The resident refused to give permission as that would have involved troops moving from areas of the city where women observed ‘purdah’. Over a period of time, this Canal along with others became carriers of city’s muck.

With the influx of people from other districts these canal banks became favourite haunts of settling down and people openly defecated on the canal banks till very recently. Even now they do so, but the numbers are much less. Due to the efforts of successive governments the houses along the canal have flush toilets and the faeces are blatantly flushed in to the canal via drain pipes.

Apart from the slums there are vast areas in the city where there are no sewer lines. The cantonment of Lucknow for example, has no sewer line till date. The swanky bungalows or the congested houses in the Sadar Bazar all have the soak pit system. These pits are filled with bricks and unlined at the bottom. The faecal matter gets biodegraded. But it is not so. A large part of the faeces seeps down to the aquifer, during rains.

Studies by Dr Munendra Singh and his colleagues reveal that more than 70% of Lucknow’s ground water has a high faecal Coliform content. Out of this the water samples from the cantonment area reveal a cent per cent contamination. No wonder, the cases of gastroenteritis and cholera are high from Sadar Bazar area during the rainy season!

Fortunately majority of the areas outside cantonment, are covered by a sewage network. The inside story of the sewage is pitiable. Lucknow boasts of the Asia’s largest sewage treatment plant. At present 410 million litres per day (MLD) of sewage is disposed from the urban sprawl of Lucknow. Out of this, 363 MLD sewage is treated at the Sewage Treatment Plant (STP), while the remaining 37 MLD reaches the Gomti River. Apart from other pollutants, this sewage is rich in faecal coliform bacteria.

Lucknow’s water supply is dependent on two sources, viz. the River and the tube-wells. From the foregoing it is clear that quite a good amount of Faecal coliform manages to reach the aquifers, from where it is impossible to be removed. Similarly, the authorities responsible for management of the sewage are aware that 37 MLD untreated sewage reaches the River each day. It is fortunate that most of the urban sewage of Lucknow enters Gomti downstream of the drinking water treatment plant at Aishbag. But this does not save the public from drinking contaminated water as the river, in the downstream areas is known to provide water to the aquifer. Therefore, the faecal coliform bacteria get another chance of reaching the aquifers.

It is a sort of vicious circle and unless corrective measures are taken the situation will go out of hand. The first step in this direction would be to develop a network of sewer lines all over the city and not to let even a single drop of untreated water reach the river or the aquifer.

This was just an example, majority of the Indian cities are facing this problem and it is time that drinking water quality management is taken up earnestly and honestly.