The Basic Point about Philosophy 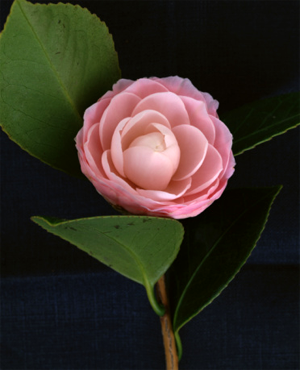 Whatever changes cannot be true. The world as we see it today is not the same as was in the past, and would not be the same in future as well. Hence, the world cannot be real. It can be labeled as 'illusive reality' or 'relative truth' at best. There is one permanent, unchanging Reality or Existence behind this changing universe. It is the essence or substratum of all beings, things, and phenomena. Vedanta says that the Rishis or Seers have had experienced/realized this Existence as Consciousness - Chaitannya. The name Brahman, Self, Atman, God or Reality is given to this one principle: Absolute Consciousness. What is the nature of this Consciousness? The Seers have described It as Sat-Chit-Ananda: Truth-Existence-Bliss absolute. How does this Eternal, never changing (formless and without attributes - Nirakara and Nirguna) Reality change into multifarious existence, this universe?

From here starts the philosophical divergence in various schools of thought that try to answer these questions from their respective points of view. Hinduism (with its multiple sects), Christianity, Buddhism, Jainism, Judaism, Sikhism and other religions of the world take origin on the basis of answers to these questions; concepts of God, world and individual being and their interrelationship. In Hinduism many sects advanced their theories about the nature of Reality. Thus, Advaita Vedanta of Shankaracharya, Vishithadvaita of Ramanujacharya, Davitavada of Madhvacharya, and Shuddhadvaita of Vallabhacharya became the most accepted views by various sections of the society.

In fact, the search of physics also culminates into attempts to find one energy source, one unit, which can explain all other phenomena. The quantum physics led to confusion about the validity of theories used in explaining the origin, nature, and working of various physical phenomena in the universe. Now they are trying to come up with 'string theory'. The problem of physics is that in their scientific inquiry he scientists want to be hundred percent objective in their research, but, by compulsion, at higher level they have to bring in the unwanted factor of 'subjective consciousness' to explain certain phenomena; wave and particle relationship being one.

In an attempt to probe into the Reality, the human mind reaches higher levels of consciousness. The mind becomes refined, pure, and subtle. During this process the person acquires certain characteristics in his/her personality. He or she becomes calmer, collected, their desires become less, and they become kind, compassionate, and generous. At the final stage of realization the person crosses over - transcends - the limitations of mind and words, and comes face to face with Reality. As his/her consciousness has transcended the language function of the mind, no words are available to describe his/her experience at that level of Realization. When the person comes to human level of consciousness, the Divine Realization withers away! Thus, while the person is at human consciousness he or she cannot experience the Reality and while he or she is experiencing the Highest the function of the mind including those of language and speech is suppressed. Therefore, the Reality cannot be described in words. Whatever description we get from the great Seers, saints, or Avatara Purusha is at the best close approximation of that Reality.

In the classical allegory of Vedanta philosophy, it is like seeing either rope or the snake. When we see the rope our vision and perception is clear, as if we are in the state of divine consciousness - Samadhi. But, as soon as some darkness - ignorance - comes we confuse the rope with snake. Again, someone demonstrates to us by throwing light on the object or by picking it up that what one has mistakenly believed to be the snake is in fact the rope. The important point to note here is that at no point of time the rope ever had turned into a snake; the rope was always the rope. It was our ignorance produced due to clouding of our mind by way of darkness, etc. that caused us to mistakenly see the snake in the rope. The ignorance had superimposed snake over the rope. Much the same way our mind is clouded by ignorance in its present sate and we see superimposition of world - the snake - over Brahman - the rope. Only when a Teacher, a Guru throws light and shows us the true nature of this world can we experience the Brahman therein.

The second point is also of immense importance; and what is that second point? When we see the snake we do not see the rope. We cannot accept that object other than snake. We are afraid of it and run away from it. As in a dream we see a tiger and are terrified by the animal, same way in our dream of illusory snake we are afraid of it. A person dreaming of tiger chasing him gets up all sweating and with palpitating heart, but soon realizes then: "Oh, what a fool I am' I thought that the tiger was really chasing me!" He thus settles down when he awakens; he understands the truth when his ignorance is destroyed by way of awakening. In case of the snake-rope allegory similar explanation can be applied. When we come out of ignorance, we see the rope as a rope, and all our fears about the snake disappear. While we have given one example of fear to emphasize the point, it is equally and easily understandable that all our attachments to this world are like that dream. Love, fear, jealousy, hatred, passion, anger, infatuation, and so on surface only because of our mistaken belief about the Rope (Reality) as something else.