The Man Who Exorcised the Specter of Coups 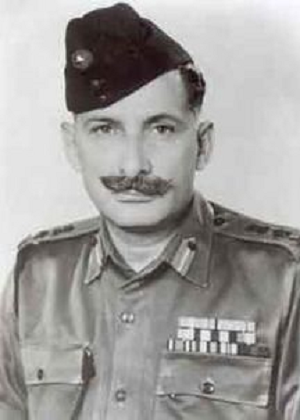 If ever there was an Army Commander who, because of his huge popularity, could have effected a coup at any time, and yet most scrupulously not only refused to do so but laid the foundation of a new functional civil-military equation for which the nation should ever be grateful to him, it was India’s first Field Marshal, Sam Manekshaw. Posterity would, indeed, judge his role as of epochal importance, and that of the political leadership of the time as crassly petty-minded for treating him shabbily after his retirement.

Nehru in his time was desperately keen to ensure parliamentary sovereignty over the military as a norm of the Republic. He tried his best to perpetuate the British legacy of an apolitical military. Hence, the emphasis during his Prime Ministership (and that of his successors) to continue the British policy to quarantine armed forces away from civilian contacts and the discontents of civil society. India scrupulously retained the British cantonment system. Even today there are 150 odd self-contained military townships, usually located in separate parts of the town – usually outskirts – to ensure that the forces don’t catch the contagion of civil discontents. Civic amenities in cantonments are, as a rule, far better than in the townships exclusively meant for civilian population. Regional command system of the British Raj has also been continued with unchanged.

If Jawaharlal Nehru had his misgivings about the possibility of a military takeover – and later Indira Gandhi suffered from similar fears perhaps more intensely – there were reasons indeed for that. Except India, the entire South Asian continent has been prone to this possibility.

As a matter of fact, coups in the region began pretty early after the withdrawal of imperial powers. And Pakistan took the lead. The first notable attempt was the Rawalpindi conspiracy in 1949 led by Maj. Gen. Akbar Khan. He had the support of left-wing activists and sympathetic officers against the government of Liaquat Ali Khan, Pakistan's first prime minister.

Incidentally, one of the prominent poet-intellectuals (of his time) suspected of involvement, was Faiz Ahmed Faiz. His internment in one jail after another gave his poetry certain pathos and depth as borne out by the following quatrain that was smuggled out by Faiz admirers from jail in the days of strict press censorship:

(So, what if I’ve lost the access to ink and pen
I’ve dipped my fingers to write in the blood of my heart
What does it matter if my tongue has been sealed because I’ve
Set my speech in each link of my chain)

The abortive attempt of 1949 only whetted Pakistani military’s appetite for control. It was followed, in 1958, by a full-fledged coup. The first Pakistani President, Major General Iskander Mirza dismissed the Constituent Assembly of Pakistan and the government of Prime Minister Feroz Khan Noon, appointing army commander-in-chief Gen. Ayub Khan as the Chief martial law administrator. It is a common saying that once the Army’s jaws taste civilian blood, there’s no looking back. Thirteen days later, Mirza himself was deposed by Ayub Khan, who appointed himself as President of Pakistan. There have since been numerous successful and unsuccessful coup attempts in Pakistani history.

You can well imagine Nehru’s grave misgivings after Ayub Khan took over. In fact, Pakistan’s first military spell from 1958 to 1971 was followed by another from 1977 to 1988 under General Zia and then yet another from 1999 to 2008 under General Musharraf, who has returned from self-imposed exile to try his luck, Insha Allah, a second time. Allah as the third A (besides America and Army) alone knows how things will unfold in Pakistan. One thing, however, is certain - Each military take-over in the neighborhood (whether in Pakistan or Bangladesh) does send down a severe shiver down the spine of the Government of the day in India.

Indira Gandhi too inherited the gnawing worries of an Army takeover. Adding to her woes were the developments in Bangladesh which after the August 15, 1975 assassination of Sheikh Mujibur Rahman were never reassuring.

Nehru in his last years was worried about developments in Sri Lanka too. The 1962 Ceylonese coup d'état attempt (also known as the Colonels’ Coup) was a failed military coup planned in Sri Lanka. Several Christian senior military and police officers planned to topple the democratically elected government of Prime Minister Mrs. Sirimavo Bandaranaike on January 27, 1962. Fortunately, the coup was aborted by the arrest of the ring leaders.

All said and done, an iron-clad civil-military equation cannot be built by an official fiat or in one fell stroke, and most certainly not by one person whosoever important. Even in Nehru’s day there were problems after Cariappa. For instance, in 1959, K S Thimayya handed his resignation to Prime Minister Nehru in protest against Defense Minister V.K. Krishna Menon's point-blank refusal to consider his plans for preparing the Army for what he considered (in retrospect, wisely) the forthcoming Sino-Indian conflict. I recall the sensation it caused when the matter was revealed by the Delhi edition of the Statesman. (Today’s readers cannot imagine how matters of defense were not to be reported by the press or openly commented upon in the 1950’s and 1960’s.) Nehru had to intervene to persuade Thimayya to withdraw his resignation. But I don’t think the affair in any way dented the pro-Chinese thinking of either the Prime Minister or the Defense Minister. What effect, for that matter, did Sardar Vallabhbhai Patel’s letter of November 7, 1950 that the Chinese government was trying to delude us by professions of peaceful intentions had on Nehru? The letter, it may be recalled, was kept locked for 12 years.

Nehru’s conception of the civil-military equation was that the Armed Forces must carry out the orders of the civilian authority almost blindfolded.

During his Prime Ministership Nehru was the single face of India as far as foreign affairs were concerned. His “Forward policy” vis-à-vis China was in response to opposition pressure without application of mind because it was ordered without assessing our own strengths and capabilities and building necessary infrastructure. Majestically, the Prime Minister announced (of all places in the world) in Sri Lanka that “he has ordered his army to throw them (Chinese) out”.

Nehru wallowed in a romantic vision for Asia. He saw China, another ancient civilization like India, with a colonized past, with vast potential to work together to make the latter part of 20th century as Asian century with Jawaharlal as its beacon. Nehru magnanimously – in retrospect, foolishly – declined India’s seat as a Permanent Member of the UN Security Council in favor of China. He saw the offer from both Washington and Moscow as a strategy to divide Asia. He also brought the issue of Chinese invasion of Tibet out of UN, arguing it could be resolved amicably within the ‘families’.

Then Nehru’s dreams were shattered when Mao decided to teach him a lesson. However, when the war was going adversely against India, the Chief Advisor of Nehru was the American ambassador, John Galbraith. My own assumption is that with all diplomatic coating, the Americans were keen to ensure that India does get a drubbing at the hands of China so that Nehru is forced to walk straight into the American lap after disillusionment with the Soviet embrace. There are reasons to believe that Galbraith’s version of Chinese airfields in Tibet was deliberately distorted to prevent Nehru to use Indian Air Force to repulse the advancing Chinese forces. He seemed to have no time to consult his chiefs of staff.

From 1962 let’s move fast forward to 1971. After Pakistan clamped martial law in Eastern Pakistan to quell the popular Bengali revolt, the situation started deteriorating by the day. Hundreds of thousands of refugees were crossing the border and pouring into West Bengal. There was a time when the refugee camps in 24-Parganas, the West Bengal district bordering the then Eastern Pakistan, had 10 million refugees – a crushing burden India could no longer bear. Indira Gandhi summoned an emergency cabinet meeting on April 28, 1971 to discuss the fast-deteriorating situation. Gen Manekshaw the Army Chief, was summoned to attend the meeting.

For what happened thereafter, allow me to quote verbatim from the printed version of Manekshaw’s Cariappa Memorial Lecture on Leadership in the 21st Century which is on record:

I was then summoned. A very angry, grim-faced Prime Minister read out the telegrams from the Chief Ministers of West Bengal, Assam and Tripura.

She then turned around to me and said, “What are you doing about it?” And I said, “Nothing, it’s got nothing to do with me. You didn’t consult me when you allowed the BSF, the CRP and RAW to encourage the Pakistanis to revolt. Now that you are in trouble, you come to me. I have a long nose. I know what’s happening.”

I then asked her what she wanted me to do. She said, “I want you to enter East Pakistan.” And I responded, “That means war!” She said, “I do not mind if it is war”.

“Have you read the Bible?” I queried. The Foreign Minister, Sardar Swaran Singh asked, “What has the Bible got to do with this?” I explained, that the first book, the first chapter, the first words, the first sentence God said was, “Let there be light” and there was light. Now you say, “Let there be war” and there will be war, but are you prepared? I am certainly not.

I told them that my armored division and two of my infantry divisions were away. One in the Jhansi / Babina area, the other in Samba and the third one in Andhra Pradesh and Tamil Nadu. I mentioned that I would require all the road space, all the railway wagons, the entire railway system to move these formations to the operational areas and that harvesting was in progress in the Punjab and UP and they would not be able to move the harvest which would rot; and I pointed out to the Agriculture Minister that it wouldn’t be my responsibility if there were a famine.

Then I said, “My armored division, which is my big striking force is supposed to have one hundred eighty nine tanks operational. I have got only eleven tanks that are fit to fight.” The Finance Minister, who is a friend of mine asked, “Sam why only eleven?” So I told him, “Because you are the Finance Minister. I have been asking you for money for over a year and you say you haven’t got it!”

And finally I turned around to the Prime Minister and said that the rains were about to start in East Pakistan and when it rains there, it pours and when it pours, the whole countryside is flooded. The snows are melting, the rivers would become like oceans. If you stand on one bank, you cannot see the other. All my movement would be confined to roads. The Air Force, because of climatic conditions would not be able to support me. Now Prime Minister, give me your orders.

The grim Prime Minister with her teeth clenched said, “The Cabinet will meet again at four o-clock”. The members of the Cabinet started walking out. I being the junior most was the last to go and as I was leaving, she said, “Chief, will you stay back?”

I turned around and said, “Prime Minister, before you open your mouth, may I send you my resignation on grounds of health, mental or physical?” She said, “Everything you told me is true”.

She smiled at me and said, “All right Sam, you know what I want?”

What happened thereafter is, as they say, history some significant aspects of which I’ll deal with next week.

Continued to “The Man Who Redeemed National Honor”