Pran is No More 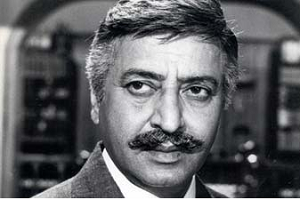 The legendary actor of yesteryears passed away at 93 on Friday, July 12, 2013 at 8.30 pm in Mumbai. Born in 1920 in Delhi, Pran Kishan Sikand, popularly known as Pran, started his career at Lahore in undivided India. While working as a photographer, he was spotted by a film producer and was offered a role in a film Yamala Jat in 1947. He has never looked back after that, though 1947 partition had some hiccups. He moved to Bombay and embarked upon a great career, acting in more than 400 films, the last one being Dosh at the age of 87 in 2007.

This handsome stylish actor created a niche for himself performing in a variety of roles, a villain, a comedian and at times a great Samaritan. He became an icon for all young college students in 1950s and 1960s. Everyone started to keep the shirt collars up, tried to make cigarette smoke rings and copied to modulate the voice, too. The young girls were deeply impressed with him and his acting, since, though a villain, he was graceful with female folks in the films. Pran was very fond of Urdu poetry and literature. He took active interest in sports, too.

This grand old ‘villain’ will be missed by all in India. May his soul rest in peace.