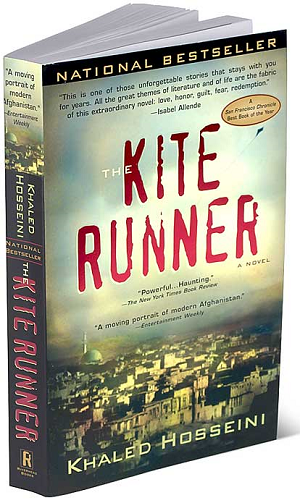 As the creative arts in general, distinct from propaganda-literature which might be both pro and anti-multicultural, promote at once cultural diversity and racial integration in terms of the variety of human societies or cultures in a specific region, The Kite Runner by Khaled Hosseini presents itself as a powerful and impregnable depiction of the creation of a composite Afghan-American cultural identity against the turbulence of modern Afghanistan. What is tellingly important here is, such great literary work tends to reveal the fact that the cultural diversity is not inimical to national integration but rather it conduces to harmonious bondage and at the same time cultural affiliation. As literature is expected to conduce to integration through an un-programmed imaginative manner, Hosseini’s hybridized and multi-dimensional Afghan-American tale has struck an “emotive string” within readers, instigating powerful connections between themselves and the world that Hosseini describes with indelible effect. Constructed with thoughtful instruction Hosseini’s multicultural novel transcends the literary value and cultural awareness. Students become empowered as culturally competent global citizens.

While the United States has its useful binary paradigms for understanding complicated western relations with the middle-east, The Kite Runner apparently challenges such binary by crossing the ethnic boundaries bringing together in a reconcilable friendship. Multicultural fiction offers a broader context than canonical British and American literature for students to frame their perception of the world. When the socio-culturally relevant interest in the novel is put aside, it is Hosseini’s approachable presentation of Afghan cultural identity that continues to attract Western as well as Eastern readers. It is notable that the apparent simplicity of Hosseini’s text is indeed deceptive inasmuch as he self-consciously brings about an “inter-text” of multicultural studies and impregnates the “hypertext” The Kite Runner.

The conspicuous aspect of multiculturalism or poly-ethnicity in this specific text posits equality between the Afghans and the Americans without a homogenizing merger and is based on the value of “difference and divergence”. The intense process of consistent integration exhibits that the members of an ethno-cultural group, typically immigrants or other minority groups are absorbed into an established, generally larger community. After having reached to America with Baba, the protagonist namely Amir and his newly-adopted cultural identity evolves over the course of the novel and the modern West American and Traditional Muslim world are juxtaposed together. Laurie Grabman in her essay states that it is the “mutually enriching connection between the political and the creative in a process of cultural specificity and cross cultural negotiation” which engages the readers in both cultural and socio-political issues.

Both the author and the Fictional characters are fairly able to translate the experiences of Afghanistan into a palatable idea and deliver minutely to the Western readers. By identifying the “western self” it becomes clear that in spite of having a foreign background, Amir is not actually foreigner at all. Rudyard Kipling’s novel Kim immediately comes to the mind of the readers because of the associations of these two novels. In Kipling’s novel, the protagonist Kim lives in India but his occupation to both Eastern and Western spheres insists him access to both Indian as well as Irish Cultures. Kim is “White- a poor white of the very poorest”. The association between these two novels shows how the so-called ‘foreign-protagonists’ work ; their functions as internal Orientalists assist the readers by providing a familiar lens through which the East can be seen.

Cultural diversities in America in this concerned novel are transfused inter-generationally and the catching concept of “salad-bowl” gets echoed in true sense. Most of the individuals, however, are subjected to two completely different and opposing cultural forces that generate clashing effects on the evolution of a society’s cultural texture. Socio-cultural distinctions of Afghans and Americans conduce to harmonious unification stupendously throughout the text and every single character harmonizes itself in a connecting-symphony in order to know the opposite cultures.

While the Western readers of Hosseini’s The Kite Runner are bound to believe that literature by its “shaping effects” can build an adamantine and emotive bridge between themselves and Afghan cultures, they are actually identifying a stereotypical relationship between the East and the West. The migrant groups in America from Kabul “frequently transplanted new ideologies and attitudes towards economic activity as well as widely diversified technical knowledge”.

Despite their Afghan background, the newly constructed colonies in America have been presented in accordance with western political and psychological needs. The political, social, cultural and of course psychological needs of the West are fulfilled by Hosseini’s apt use of binary oppositions and the literary vessel in which they are delivered is humanizing.

From the early twentieth century to contemporary times, new arrivals to the United States have lived and worked in their new “home land”, attempting to lead a better life and at the same time struggling to cope up to a culture that may or may not accept their cultures and traditions. When Amir and Baba reaches to Fremont, California, they too, start a new life. While Baba dreams of returning to Afghanistan, Amir who has spent much of his teenage times in United States tries to adjust readily to a new place. To Amir, Fremont represents a space for new and fresh beginning and a way to erase an unforgettable dark violent past but to his Baba this sea-change is an excruciating contrast with his previous and reverent position of power, glory and prestige in Kabul, Afghanistan. The interconnected components of cultural competence meld together and enable individuals to interact with a diverse society.

Another crucial socio-cultural context of the novel is the variegated world of contemporary multicultural America, particularly in California. Amir’s experiences in the Afghan immigrant community of Fremont, California, known in the San Francisco Bay Area as “Little Kabul” might represent the author’s experiences of the area in San Jose in the 1980’s. The novel also gives a detailed account of how one ethnic group can form a multicultural and social network within American culture so that its members could help one another and preserve Afghan cultural traditions. Throughout the novel a detailed window of elaboration is given to the readers which helps define the Afghan community in Fremont. Amir and Soraya join public schools and mix with the Non-Afghan students in America. Amir starts taking creative writing classes where he shares the experiences of a diverse group of young writers and Soraya takes her career as a writing instructor at the community college. Successful cross-cultural skill comes from not only evaluating other cultures but also by promptly analyzing once own culture.

Great literature should function to enhance cultural understanding and encourage a multicultural society. Most modern Post-colonial literatures present happily coexisting, and indeed symbiotic multicultural world. The literature of Diaspora including those of V.S Naipal, Jhumpa Lahiri, Bharati Mukherjee, point out “Today’s remarkable crop of Indian writers – Vikram Chandra, Amitabh Ghosh, Anita Desai and others – have won recognition not through affirmative action but by drawing on Eastern and Western narrative traditions to produce a new synthesis”.

In the novel The Kite Runner Amir’s life as a young immigrant in the multicultural locality of the Bay Area illuminates the ever-increasing mixing of diverse ethnicities in the 1980’s and 1990’s within U.S popular culture. Literature like other arts helps one realize that every culture needs other cultures to understand itself better, expand its intellectual and moral horizon, stretch its imagination, save it from narcissism to guard it against the obvious temptation to absolute itself. Interestingly, through The Kite Runner Hosseini has presented a multiculturalist perspective which is composed of three important and complimentary insights – namely the cultural embeddedness of human beings, the inescapability of cultural plurality and finally the multicultural constitution of each culture. Now a days literature is moving towards presenting a multi-culturist perspective which is composed of the creative interplay of the aforementioned three important and complementary insights.

An indispensable and multi-accented term with the complex and still open history multiculturalism unfailingly reflects the evident multi-ethnic nature of a contemporary western society. The newly established Afghan colonies in multicultural America try to adjust for survival and of course for the celebration of their western identity. How Edward Said distinguishes the functions of the West and the East in their relations with one another :

To the extent that western scholars were aware of contemporary Orientals or Oriental movements of thought and culture, these were perceived either as silent shadows to be animated by the Orientalist, brought into reality by him, or as a kind of cultural and intellectual proletariat useful for the Orientalist’s grander interpretative activity, necessary for his performance as superior judge, learned man, powerful cultural will.

In spite of living in America Amir, the protagonist repels some of his cultures and finally he becomes proud of his “blended culture”. He never forsakes the best parts of his mother land but at the same time he learns to enjoy the progressive aspects and values of his new “homeland” in America. Amir enjoys visiting Pakistan, sees the ceremonies, rituals, customs but he likes the strong feeling of hope and prosperity which he has gained from America.

As refugees in the United States, Baba and Amir start living in an Afghan immigrant community in the San Francisco Bay Area. They thrive in an immigrant community that reminds them of their nostalgic home. Although Baba dies without seeing his home land but Amir maintains his adamantine ties with the Afghan community in North California by bringing a strong cultural sense which remain intact throughout the novel. Vivid and minute descriptions of Amir and Soraya’s wedlock, Baba’s funeral ceremony represent the unbreakable traditional and cultural values of Afghanistan. The readers come to know about the “khastegari” tradition and the detailed traditional wedding ceremony in which Amir and Soraya get married. Amir tries to maintain Afghan culture and religion consistently. Through Amir’s memory the active readers become acquainted with Afghan ambience :

We would hear their caravans approaching our neighborhood
The mewling of their sheep, the baaing of their goats, the
Jingle of their bells around their camels’ necks…

In the new American home Amir describes how they maintain their identities through customs and cultures and this is instanced specifically when Baba dies and so many people around come to show their respect “They filled the parking spots at the mosque of Hayward…”(174). Amir rediscovers Islam as a source of psychological strength when his nephew (Hassan’s Son) attempts suicide in Kabul .The homogenizing power of desegregation ultimately ensured the successful assimilation of external influences throughout Afghan’s chronology. It is actually the “difference” that elicits the powerful response:

The book’s perceived transcendence, its ability to cross the borders between nationalities and ethnicities, seem to depend for American readers on its palpable evocation of an unfamiliar setting.

Central among all interests seem the writer’s intention at revealing and reshaping his own identity in an ambiguously multicultural world. “Multi” cultures never can exist side by side as Siamese twins but always create hegemonic formation with parasitic intention.