The Case for a Multi-Cultural Architect(s)ure

Moving Beyond the 20th Century ...

The continued relevancy of Chandigarh, Gandhinagar and Bhubhaneswar in graduate and post graduate theses in architecture schools across India, and indeed, across the world is perhaps a pointer to the way that India has, as yet, failed to evolve a paradigm of architecture and planning that moves beyond what was ‘given’ to the country in the post 1947 scenario. However, the failure is even more immense when you consider that architecturally, India has failed to evolve a style that is universal, or has appeal beyond the immediate geographic confines of the subcontinent. 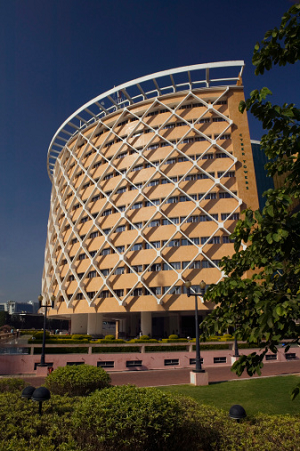 This problem is as much political as it is one of architectural form – while one may argue that there is nothing wrong with Indian architects or the forms they evolve, there is something wrong with the politics of the country that has failed to build, borrowing a term from the West, a ‘cultural coalition’ of sorts with its immediate neighbors and perhaps even with China and Japan, that will present Indian architecture as part of a larger collage of Asian architecture that can confront, dialogue with and even find composite expressions with the larger – and perhaps hegemonic – cultural behemoth that is the West.

Part of the difficulty is the way it has become difficult in recent years to import talent into the country – earlier firms used to find it easier to employ Western architects and architecture students without wading through a maze of bureaucracy, while in more recent times visa regimes have meant that only the largest firms can afford to ‘import’ architects from the West and elsewhere. This lack of cultural hybridity – which the West has done very well in implementing and propagating – means that the same ideas continue to circulate among architects, and perhaps more importantly, in architecture schools in India.

It is a shame that India continues to regard foreign trained architects and other professionals as some sort of a remnant of colonialism to be resisted. While governments try and liberalize regimes to bring in foreign investment and capital, one much neglected aspect – that is human capital – must not be neglected, and that too in a capital field such as architecture and planning. To make this case, we still laud the examples of Chandigarh and Bhubhaneswar. If we do not laud them, we debate them, and if we do not debate them, we decry them. Why not move beyond and take the bold step of going further? What’s wrong with globalizing human capital in an already globalizing world? China has benefited from this exchange of ideas most impressively in the recent past, now when will India play catch-up?

As far as planning goes, what India needs to construct beyond its already impressive network of cities (as Charles Correa put it), is a network of global cities. It’s not nearly enough for the cities of India to be amongst the largest in the world, but what is more important is that they have to be truly global cities. And a global city offers more to its residents than just the latest apparel, airports and infrastructure. All these are merely the basis for a far more structural change that is a change in the very composition of its residents from mono-cultural to multi-cultural and multi-national.

For this India has to consciously – and very overtly – enter into a massive campaign of global education. Education – and not only in architecture – has to move beyond an India centric focus to a focus that more properly explains India’s place in a global world. There has already been a start with school curriculums in major cities already offering foreign languages beyond the Hindi / English / regional language triad that was a staple of school education a generation back. Much the same needs to be done for architectural education. Why leave architectural education to websites and coffee table books, when the opportunity exists to educate through doing, through dialogue between Indian and global architects on the ground? This initiative needs to move beyond government controlled cultural exchange programs to a position where private bodies, and even individuals, have the power and the enabling tools to hire whomever they want, wherever in the world this may be. It is a fallacy to think that this will be taking away ‘Indian’ jobs, for Indians too stand to gain – through this transfer of knowledge and human capital they will be empowered towards greater mobility throughout the world – mobility being a concept that the EU, for one, has had some success in implementing.

Is Indian architecture ever going to move beyond Chandigarh, New Delhi and Auroville? What can be the new benchmarks for 21st century architecture? Clearly, these will be emerging buildings and planning concepts that engage with the questions of environment, with those of emerging and nano-technologies, with saving and multi-using space, with tacking the questions that globalization brings in its wake, and of course with addressing the perennial (and shameful!) problem of what to do with bring empowering and enabling design to India’s poor.

Maybe the answer is not to put a shopping mall in every city, but how to put a city (with all its problems and ingenuity) in every shopping mall. Maybe the answer is not how to build flats and housing that will be cheap and affordable for all, but how to build flats and high-rise buildings that are constructed with local ingenuity and know how, rather than find new ways of reusing the same ideas.

There is a strong case for making at least 10 of India’s million plus cities ‘global cities’ in the next decade – and infusing a new sense of historicity and mission to their architecture and planning – one of the essential requirements for a country that has always prided itself on its diversity and inclusiveness. 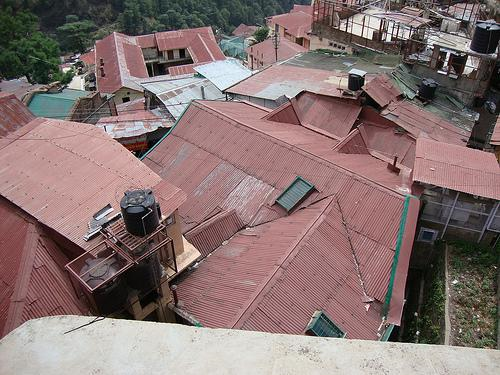