The Being and Becoming of Mind 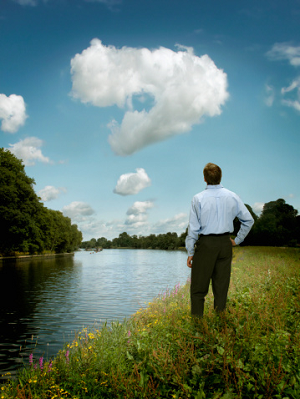 Upanishads contain descriptions of the SELF and many ways of meditation on the Self, known as Vidya or Upasana . The knowledge other than that of the Self is termed as Avidya by the Upanishadic Seers. According to their definition Avidya consists of all sciences, arts, skills, learning- of languages and other disciplines and art-forms.

This means that one must contemplate on and be aware of the Self by using both Avidya and Vidya. Through Avidya one crosses mortality and by Vidya one attains immortality. Immortality is release from births and deaths i.e., from the rise and set of egoistic mind (mithyaaham). Egoistic mind and self-consciousness are responsible for all the disturbances the individual experiences and suffers. Thus knowledge about both Vidya and Avidya is necessary for one to meditate on the Self and live as Self in and with calmness.

The antahkaranas are responsible for us to get, revel on, entangled in and come out of, the perceived and external world and also for acquiring knowledge and make active the in-built tendencies- i.e., the arishadvargas. All this knowing or mental activity which is named as Tamas (ignorance), blocks the SEER (sat) and makes one view only the seen (jagat). Hence all this activity of antahkaranas with perceived or external world and respective experiences, is Ajnana in Upanishadic terms.

The term Ajnana herein is used not at all to belittle any of the acquired knowledge or their eminence but only to point out that Truth, Self, Pure Consciousness or Prajnaam outlives rather transcends all these perceptions, intellectual operations, self-consciousness, experiences and their recollections by Being, manifesting as and in, causing, maintaining and observing the origin, becoming and cessation of all these mental functions carried out by antahkaranas - and is the Ultimate Jnaana.

Mind as activities of antahkaranas is like a boat in the river of consciousness and the self-consciousness of the person is the individual traveling in the boat. The boat helps the person to move on in the course of the life and at the end the river, the boat and the individual together merge in the sea of pure consciousness. Thus meditation is a travel on the mind-boat by the meditator to reach the Self, the Divinity and BE IT. After this merger with the Divinity no trace of the meditator or the meditative tool (the mind) are left (remain). Only object-free meditation goes on-which is nothing but the Blissful State of the Self is continuously experienced which sets in and maintains calmness of mind.

An individual by his samskaara gets attracted to the use of one of the antahkaranas as meditating tool and proceeds on with meditation. Different meditative techniques are available to suit the temperament and mental make up and mental preparedness of the individual.

Natural Sciences define Time as (a) Movement, (b) Change and (c) Becoming. A school of thought equated time with movement. Thus all movements of matter or energy are Time. Change is time, means that all changes of phases of matter or changes of form of energy are Time. The third definition of Time as Becoming is useful for our mediation purpose. A plant growing into a tree or a girl developing into a woman are Becomings.

All natural processes within and without the organisms involving changes and exchanges of matter and energy are becomings and hence are Time. It must be noted that plant becoming tree or girl becoming woman are irreversible processes. These becomings are linear and are uni-directional. But some natural processes are reversible and happen both in forward and backward directions. All mental processes are examples of this kind of becomings. Let us consider the case of one becoming angry. This becoming angry is a transient phase of mind- which has beginning, being and cessation. Vedanta says any phenomenon which has a becoming and an end is ‘unreal’.  After anger subsides one is peaceful. Thus we can see Peace or Calmness is the normal state of mind, the natural state of human being.  Anger and all such emotions are unnatural or excited states of the mind and are Becomings of human-Being. The excited states arise, dwell in and cease to be in human-Being.  All mental disturbances the functions – the learnings, acquiring of knowledges, recollections of knowledges - are transient and reversible ‘Becomings’ of and in the human-being.  This means that mental functions originate, exist and cease to be to the eternally observing Energy – Presence – the Atman, the Seer, Saakshi or Witness.

Mind, in the form of antahkaranas, is responsible for human-being getting transformed into a human- becoming.  Luckily this transformation is transitory and reversible. These transformations of mind worry ordinary people. But the realized souls are always aware of the transitory nature of these transformations and the simultaneous presence of the two present continuous forms – the Being and the Becoming, which are consciousnsess and awareness – and ARE always BEINGS. They only view the becomings in the form of vasanas and jagat  occurring within and without and are not concerned or touched by these ‘unreal’ happenings.

As mentioned above, Upanishads talk about Mithyaham or virtual Self or maya.  The virtual Self is the reflected Sat and is made up of the same stuff as Sat. This virtual Self is the first Becoming in the individual and is responsible and is contained in all mental functions, - which are its own transformations. Virtual self always – transforms itself as antahkaranas resulting in the perceptions and experiences (vasanas) which are viewed by and are aware to the Self in the different conscious states. The various transformations of the virtual Self as various antahkaranas to perform various mental functions and back to itself are the forward and backward i.e., reversible becomings (vivartanam).  These becomings constitute the mental Times and thoughts and the feeling of passage of Time in the individual and identifies the individual to the body, psychology, gender, social status etc, the form and structure of ego and self-consciousness).

If these becomings – the thoughts, feelings, intellectual functions, perceptions, experiences, understandings, urges, instincts, institutions, tendencies – all cease to happen or the virtual Self undergoes no transformations then it is Unoccupied Awareness, Bliss, Peace, Silence, Eternity and hence Timelessness. Thought-ego- and feelings-free consciousness their transcendence in the form of calmness and peace is experienced within and is observed by the Self as Prajnanam or Seer. Self as Seer is always present and is eternal or Timeless or Transcending is a present continuous BEING.