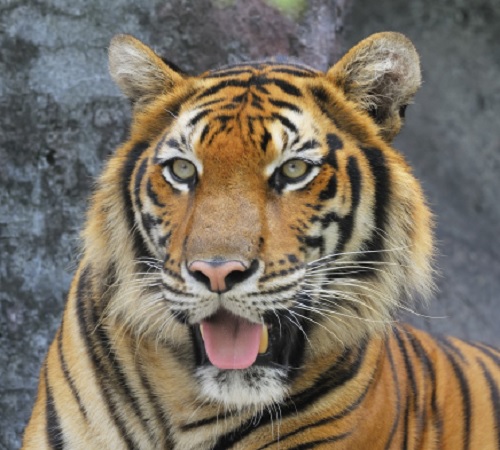 Although we crib and criticise every time a tiger is lost, in the context of what’s happening in Indonesia, another tiger-country, we would be considered to be doing rather well at conservation of the species. Our efforts at tiger conservation are earning kudos in Indonesia. Not only the political executive is being commended for their foresight and farsightedness, the conservationists are being congratulated for their efforts that have yielded positive results. Down at around 300 in 1970s, the Royal Bengal Tiger has recovered in numbers. With far more superior way of counting, the count now more reliable is pegged at 1700-odd. Not a figure to write home about, yet given the numerous challenges, it is a healthy count with, perhaps, scope for improvement. As is well known, most of our tiger habitats are in the densest of forests and these have underneath coal, that great driver of development and economic growth. These forests are, therefore always under threat from the mining and “development” lobbies.

Indonesia, on the other hand, is down to just 400-500 of the Sumatran tigers. Having lost Balinese sub species in 1930s and Jawanese in 1970s the only subspecies it now has is the Sumatran which is restricted to a few patches of tropical forests in the island of Sumatra. The only remaining sub-species of Indonesian tigers are fighting a losing battle mostly against human greed which is causing increasing encroachments on their habitat. Although some reports of increase in their numbers are reported from isolated pockets that are now conservation areas, yet their days seem to be numbered with increasing deforestation and mushrooming growth of oil-palm plantations.

The government, however, claims that the rate of deforestation has gone down yet the fact remains that from the point of view of tigers it has been of little help. They are now confined to isolated small patches of forests with no scope for fresh genetic infusion consequently bringing them under serious existential threat. As it is, the International Union for Conservation of Nature has included the Sumatran tiger in the “critically endangered” list.

Oil palm plantations are perhaps the single largest reason for decimation of the Sumatran tigers. Their profitability and earnings for the country have been the reasons for persistent destruction of the country’s once abundant forests. More and more forests are being cleared legally or illegally to accommodate oil-palm cultivation reducing the tiger habitat. Over the last 25 years Sumatra has lost two-thirds of the lowland forests that are the most conducive habitat for the island’s tigers.

Largely responsible for the falling numbers of Sumatran tiger we Indians are the biggest importers of palm oil from Indonesia. The demand in this country for the oil seems to be insatiable. The constantly increasing demand is fuelling deforestation and replacement of natural forests by oil palm plantations in a bid to raise the production of palm oil. Its production has since reached 50 million tonnes in 2012. Used mostly as edible oil, palm oil is cheaper than other vegetable oils and is generally consumed by economically weaker sections of our society. With more and more disposable income available to them the demand for it has gone up necessitating greater imports.

The oil is also used in cosmetics, like creams, moisturisers, lipsticks, etc the consumption of which, too, has been going up. The multinational cosmetic manufacturers have established manufacturing facilities in the country and their products are being aggressively promoted in the media.

The trend being what it is, destruction of tropical forests in Indonesia is not going to stop any time soon unless we temper down our demand for palm oil to save the flora and fauna, including the Sumatran tiger, of the natural tropical forests of Indonesia. Let us not invite the odium of knowingly contributing to the disappearance of the Sumatran tiger. Like in our case, the forests in Sumatra will survive if its tigers survive. Tigers with their presence in natural forests are thus a vital cog in preventing climate change induced by global warming.