Yoga – The Ones You Must Know 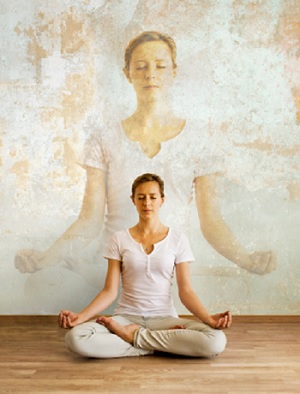 The word "yoga" comes from the Sanskrit root "yuj", which means "to yoke" the spirit and physical body together. Yoga has evolved over thousands of years to embrace a wide range of styles and disciplines.

Yoga is a popular activity for athletes, children, and seniors. Yoga can be modified to suit all levels of fitness. Yoga has been proven to lower blood pressure and increases strength and flexibility. Yoga energizes our bodies and calms our minds.

There are many different types of yoga and all of them benefit a different category of people. When you say you do Yoga, you should also be aware of what kind of Yoga you are doing, for only then will you be able to figure out the right benefits of all these yoga types and do the one that would suit your needs the best. Here is a list of the biggest types of yoga - the ones you must know about.

The well- known sun salutations or the "Surya Namaskara" form a part of this type of yoga. This is how Ashtanga yoga has to be started, followed by the sets that the person is practicing at that point of time. The first stage of Ashtanga yoga is known as "Yoga Chikitsa" or Yoga Therapy. The second stage is known as Nadi Shodana or Nerve cleansing and the last stage is Stirah Bagah, which is steady strength. The new fad in yoga- Power Yoga is actually adapted from this kind of yoga. It is also one of the most popular yoga types right now.


Emotional benefit is something one can gain from all branches of yoga, but with Bhakti yoga, it is different. One can reduce the attachment they have with any negative entities with the help of these kinds of yoga. They can also prevent any excess ego, fickleness or any negative emotion or character trait, because the meditator or the yoga practitioner is relating themselves to a higher power, which will cause realization and inner peace as well.

Yoga is not a religion; it is a way of living whose aim is ‘a healthy mind in a healthy body’.

Man is a physical, mental and spiritual being; yoga helps promote a balanced development of all the three. Other forms of physical exercises, like aerobics, assure only physical well-being. They have little to do with the development of the spiritual or astral body.

Yogic exercises recharge the body with cosmic energy This facilitates