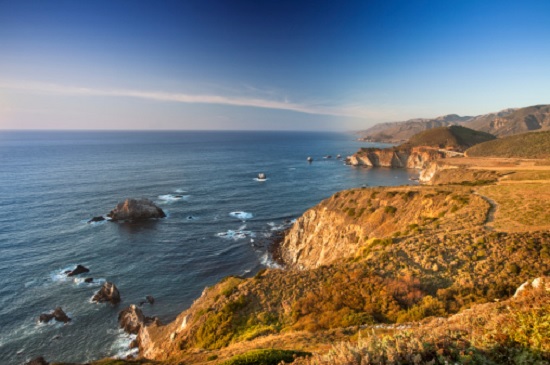 J. M. Barrie, the famous Scottish Playwright and Novelist created a character Peter Pan for his novels for children. Peter Pan was a young boy who never grew up to become a man. Thus he always remained a prankster.

Taking cue from the imaginary character, the weather experts compare the naughty El Nino phenomenon with Peter Pan. The counterpart of El Nino, imagined to be a female character is La Nina. Both are so naughty that what to think of the developing world, even developed world dreads them!

Both these ‘kids’ of weather, are much older than the humanity. Much of the history of these kids of weather is stored in the Coral Porites, which grows around the shallow seas of Pacific Islands. The experts open the pages of history by studying the Oxygen 16 and Oxygen 18 atoms in these corals. With the El Nino effect, the Sea gets warmer, which in turn favors lighter atoms (O16) of Oxygen, compared to the heavier (O18) atoms. Thus the paleoclimatologists are able to decipher the period during which the El Nino affected the sea water.

El Nino effects vary at different places. Scientists have found that in 1789 a severe El Nino had affected the seas of Europe. The impact was such that the anger of people led to removal of several heads of the French aristocracy.

La Nina on the other hand, brings in unprecedented rain, leading to landslide in mountainous region and landslides. We have already experienced the worst of La Nina’s’ in 2013 in the form of gruesome Kedarnath tragedy.

But, a naughty child as he is, it is not possible to categorically say that the impact of El Nino will be a year of drought for India. In the past, studies show that droughts of the years 1982, 1987, 2002, 2004 and 2009 were accompanied by El Nino, while as per the Down to Earth quoting Krishna Kumar of Indian Institute of Tropical Meteorology says ‘between 1880 and 2004, in 13 instances of El Nino India experienced normal rainfall, while in 10 instances, rainfall was below normal.’

Amongst the recent El Ninos, the one that struck the Globe on 1997 is supposed to be the worst. It caused massive rainfall in US and Mexico, while many other parts of the world reeled under drought. It is one of the difficult weather events to foresee, handle and manage. The impact of 1997 El Nino became apparent in 1998, which was one of the hottest years to date.

The weather experts have forewarned about the El Nino phenomenon having being set on from Australia this year. The actual impact of which will be more clear in another year or two. But from the past history it is well known that El Nino leads to increased vector borne diseases and at least 15000 more deaths due to natural hazards.

With this background in view, it is now time to understand the possible impacts of El Nino on our country. Shortage of water and high incidents of vector borne diseases are two likely impacts, apart from lesser productivity leading to further increase in already sky-rocketed prices of food.

As clear from the narrative this weather phenomenon and humanity are part and parcel of the Earth. In other words, we have to learn to live with it and survive. Managing water resources and conserving water is unfortunately the least priority in the water rich states of India. Thus states like Uttar Pradesh and large parts of Bihar can be badly affected by the El Nino. In U.P. there is a tendency in the society to puncture a borehole in the courtyard and extract groundwater to one’s free will. People forget that groundwater is nature’s bank account in the vaults of subsurface. This account is replenished with rains. In case the numbers of users of an account are more and there is a complete freedom to take out water whenever and wherever the account is bound to turn in to Red! And it is already in Red at many places of the state.

Groundwater occurs in the subsurface aquifers as thin film between the sand grains. Once the water is extracted till the aquifer dries up, the sand grains all of sudden collapse, as the film holding them together is not there. Result is sudden subsidence and in such condition many buildings can collapse without any warning.

Colonization in the Ganga-Yamuna interfluve is at peak these days. Colonies are approved by competent authorities, but it is sad that no one knows about the Groundwater budget of the area. Neither the bearing capacity of the land is estimated before sanctioning the projects. This ambiguity leads to water problems after 10 years.

Vector borne diseases like Encephalitis are already rampant in Eastern U.P. Each year thousands of children perish, but hardly any concrete measures are taken to avoid recurrence. It is well known that a mosquito and a pig are required to spread the disease. For example, the rice farms of eastern U.P. are the nursery for the mosquitoes. These insects can fly up to five km at 50 m height. There are habitats at stone’s throw from the fields. These homes do have piggeries. Mosquitoes fly to the habitats in the evenings, feast on the pig’s blood, catch the encephalitis virus and transmit it to the humans.

This problem was faced by several much smaller and less developed countries. But they took precautions in time. For example, in Philippines all the piggeries are covered with fine mesh nets. Thus life cycle of the virus remains incomplete and humans remain safe. In Andhra Pradesh, the government propagated the use of homeopathic medicines and many children were saved from the jaws of untimely death.

The Brother and Sister duo of the weather has been playing pranks since long time. It is not possible to contain them, but it is high time that we adopt measures to save us from water and food shortages and diseases.