Beware: Nature is Poisoning the Rivers 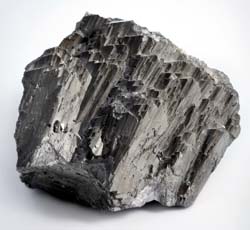 Arsenic is a toxic element and a notorious slow poison. It has been used since medieval times to eliminate the kings by the enemies. It is believed that Napoleon Bonaparte, after losing the battle of Waterloo in 1815, was exiled to a tiny and remote volcanic island of St Helena in the Atlantic. He lived in Longwood House there, with a retinue of trusted servants. It is believed that he was slowly poisoned with arsenic by one of his trusted men till his death in 1821. Some people believe that the paint used in the wall paper of the house contained arsenic and he might have died accidentally due to poisoning. Whatever may have been the reason, but it is now confirmed that he died of arsenic poisoning. Some of the servants had preserved his tufts of hair. These hairs were later, in 1950 studied by the experts and they were found to contain arsenic.

That was a sort of a historical account of nuisance value of arsenic! However, in the contemporary times the menace of arsenic has increased manifold, not due to the acts of the servants in the highest offices of the government, but due to nature’s pranks!

In West Bengal and Bangladesh more than 57 million people are now affected by arsenic toxicity. Even the crops, fish and milk cattle are affected. A study has shown that even mother’s milk contains arsenic at many places. However, till five six years ago river or ground water did not have alarming arsenic content in middle or upper Ganga valley. 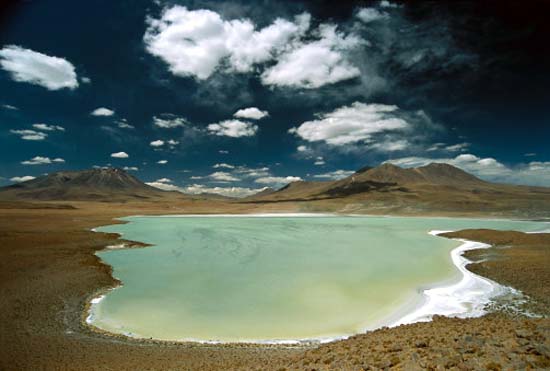 A recent compilation of papers in a publication titled, ‘Management of water, energy and bio-resources in the era of climate change: emerging issues and challenges’ has brought out an alarming picture with reference to Gomti River, a tributary of Ganga River. Gomti River originates from a Lake Gomat Tal at Madho Tanda in Pilibhit district of Uttar Pradesh. In the Ganga plains, Uttar Pradesh is the most populous state, with its capital at Lucknow on the banks of Gomti. The river flows through the Ganga-Ghaghra interfluve till it meets the Ganga, near Gazipur.

Dharmendra Kumar Jigyasu, a researcher from the Centre of Advanced Studies in Geology along with his co-workers and guide Prof. Munendra Singh, while looking for the mineral content of the river sediments, chanced upon a high content of arsenic in Gomti water. The hot, dry summer season of Gomti basin extends from March to May every year, with temperatures rising from 40 to 47 degrees Celsius, says Jigyasu. The sediments carried by the gomti have a large fraction of silt, which is mainly composed of mica. Gomti is a monsoon river with discharge during the summer season around 31.85 cubic meters per second to 721.32 cubic meters per second. This is mainly because the river is a groundwater fed river and as the water level in the aquifers rises, the discharge of the river increases multiple times.

Jigyasu et al carried out meticulous studies of the river discharge and also total flux of arsenic in the river borne sediments. They found that during the period of their study, 2009-2010, the river carried 8.99 x 103 kg arsenic flux, which was transported to Ganga. Out of this the arsenic flux during monsoon was 4289 kg. In other words the river carries around 70% of total dissolved material as arsenic. Under normal natural circumstances this arsenic would remain with the sediments and not affect the quality of water or become harmful for the users.

Unfortunately, it is the river hydrology and anthropogenic interventions, which have made the arsenic bearing sediments, potent killers. Gomti River passes through densely populated clusters of Lucknow, Sultanpur, Jaunpur and Gazipur. The municipal waste of these areas is freely discharged in to the River. Lucknow, though boasts of the Asia’s largest Sewage Treatment Plant, it is seen that often the sewage finds its way directly in to the River. It is this untreated sewage, which contains bacteria which thrive on mica rich silts. For them, the high temperatures with a sluggish River are ideal conditions and to cap it all the mica rich sediments which also enclose arsenic provide ideal food for the bacteria. In the process, the bacteria let the arsenic go freely in to the River water, while they have their meal.

This is a typical case of humans aiding the villains (the bacteria) to unleash the deadly poison in their own drinking water. It is time that the government takes notice of such reports and takes urgent measures to control the menace of sewage borne bacteria and let the arsenic locked within the grains.