Dangers of Self Medication

A large number of people, when they fall sick, do not consult the physician. They either consult a chemist and obtain a medicine from his shelf, or may consult a neighbor who may be having some tablets left over from his previous illness, and readily spares them. Have you ever noticed that right from popular magazine editors to your domestic servant thinks that he or she is a medical authority? If you have a fever, cold, cough, constipation or indigestion, your friends or even total strangers volunteer advice on medicines to take like expert physicians. Almost everyone you meet has an excellent remedy for whatever ails you. In short, this is what  is meant be self-medication. May be most of the times nothing untoward happens on following such advice, but it can be dangerous. 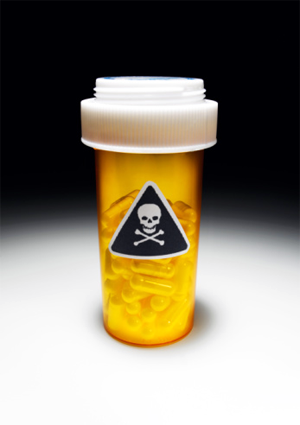 We today are a crazy pill-popping generation. It is rightly said that the desire to take medicines, is one feature that distinguishes man from animals. Recent advances in drug research have provided many synthetic medicines for the treatment of disease, leading to a drug explosion. Today over 7000 drugs and drug combinations are available. Many of them have been released for general use, and are sold directly to the public as over-the-counter (OTC) remedies. A large number of potent drugs are thus available to the individual for self-medication. There is an obvious difference between drugs and other commodities of life. The consumer has no way to judge the efficacy of a drug or its hazards, and therefore these judgments have to be made for him by physicians.

Paracelsus (1493-1541), the alchemist-physician, in the 16th century observed that all drugs are poisons. The availability of potent and dangerous drugs has increased considerably since the close of the 19th century. At the same time expanding availability of medical care, exposes a large population of people to drugs, leading to a greater number of toxic reactions. This situation is further worsened in our country by the slack implementation of Drug Control. Even certain prescription drugs are available to the lay person without the physician's advice. As people vary greatly in their sensitivity to drugs, an appropriate dose for one person can be an overdose for another. Even skilled physicians sometimes fail to  avoid such reactions. Thus, the lay person is ill-advised in subjecting himself to potentially dangerous self-medication.

Proprietary drugs which are sold over-the-counter include pain relievers, cough remedies, antiallergics, laxatives, vitamins, tonics, antacids and many others. Even dangerous drugs like  the antibiotics and the hormones can be procured, somehow or the other, without a valid prescription. This is an entirely different facet of drugging. It is encouraging to note that stricter 'drug control' is being gradually clamped country-wide.

Self-medication usually involves common drugs which are freely available. A study carried out in the United States showed that nearly 2 billion dollars per year were spent on such remedies. It is questionable whether the benefits outweigh the potential hazards. They account for poisonings, allergy, habituation, addiction, and other adverse reactions. Above all their use often delays proper treatment of the disease.

The most misused drugs are the analgesics or pain relievers. In fact, age old, ordinary aspirin is as effective, and even safer than any of the modern analgesics like fenamates, oxicams, or Cox-2 inhibitors like rofecoxib and celecoxib. Abusing OTC or prescribed drugs is very addictive and if it gets out of hand seeking a treatment is something to consider. A probable factor causing lavish prescribing and selling of such drugs is vigorous promotion gimmicks by pharmaceutical firms. Today it may even be difficult to obtain simple aspirin in the market. The physicians have apparently accepted the manufacturer's claims and recommend the "modern analgesics" despite their greater cost. Similarly cough remedies, antiallergics, laxatives, vitamins, tonics, and  antacids can lead to serious side effects. Even lavish use of vitamins, specially the fat-soluble (A,D,E, &K) can cause problems. I am reminded of the great English philosopher-physician Sir William Osler (1849-1919) who said, "One of the first duties of the physician is to educate the masses when not to take medicines"

Another hazard is the availability of many irrational drug combinations in the market, which expose the individual to several drugs needlessly, each of which can cause adverse effects. Very few combinations have a legitimate place in modern medicine. Yet irrational combination abound and are being used by some professionals.

Thus, to avoid or minimize the dangers of self-medication, firstly, the lay person should be educated about the dangers of indiscriminate use of drugs. Secondly, the physicians should  be more judicious in prescribing, and must insist on drugs being supplied by the chemist only on a valid prescription. Thirdly, a proper statutory "Drug Control" must be implemented, rationally restricting the availability of drugs to the public. These three measures would definitely reduce  the incidence of drug-related mishaps, and help in maintaining good health of the individual and society.