Eternity is Now : The Theory of Atemporality 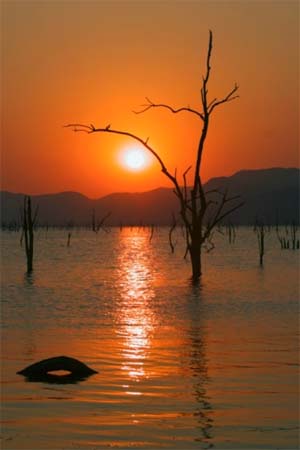 Time is what we measure with clocks: with clocks we measure duration and numerical order of motion of massive objects and elementary particles in space. There is no evidence that motion happens in time; we can only observe motion in space. To describe the position of two objects A and B in space, we need three coordinates X, Y and Z. To describe the motion from object A to object B, we need a fourth coordinate which is time 't'. With clocks we describe motion.

Time in this case means duration of motion. If speed is given, we can calculate the distance that an object or particle has done in space.

In the Theory of Relativity, time as a 'fourth' coordinate of space-time is a 'coordinate of motion', and describes the motion of massive bodies and particles in space. Fourth coordinate X4 = c x i x t is called the 'time coordinate', whereas c is light speed, i is an imaginary number and t is the number representing duration of material change. With 'time coordinate' one describes motion of objects in space. With clocks one measures the interval between material change X and material change X + n, where n represents the number of units of time. The smallest unit of time is Planck time; in Planck time, photons pass a Planck distance. Time is a measure of motion in space.

Lynds defines time as: "Time enters mechanics as a measure of interval, relative to the clock completing the measurement" (1).

Space itself is atemporal. Motion of objects and particles does not happen in time, it happens in space only. Time is not running in space independently and is also not a part of the so called space-time as a fundamental physical reality. Space is atemporal and time is a coordinate of motion invented by man and describes motion in an atemporal space.

Present moments are those in which motion happens. We experience this motion in a linear mind concept of past-present-future.

Time as a 'measure of motion' is not an elementary physical quantity like energy, matter, space and motion are; time exists only when we measure it. Time was invented by man in order to describe motion in atemporal space. We have to distinguish between:

Relativity of Speed of Motion and Speed of Material Change

This understanding of time resolves the problem of twins. We do not live in time; we live in atemporal space only. A brother in a high-speed spaceship is getting older slower than his brother on Earth, but both are getting older in an atemporal physical space.

Atemporal Space and the Einstein-Podolski-Rosen experiment

In Special Theory of Relativity the forth (time) coordinate is a 'coordinate of motion' that describes motion in atemporal space.

Atemporal space and the General Theory of Relativity

The rotation speed of planet Mercury is slower as it should be regarding its mass, because in an atemporal space with stronger gravity the motion of massive objects is slower than in a space where gravity is weaker. In the General Theory of Relativity 3-dimensional objects exist in a 4-dimensional space. Gravity force is the result of a curvature of the 4-dimensional space. As 4-dimansional physical space is atemporal, one can see the gravity force as a non-propagating force working directly into space and indirectly between material objects.

Relation between Time, Mind and Consciousness

With eyes we perceive motion in atemporal space. Our mind elaborates the perception of motion in a model of linear time (past-present-future), as we experience it.

According to atemporal space, the answer for ZENO paradox is: The arrow does not move in time, it moves in space only, which is atemporal. Humans experience atemporal space as present moment. In atemporal space there is always present, while past and future are products of the human mind.

Humans experience atemporality of space as a present moment. Every scientific experiment is always carried out in the present moment, because present moment is the only thing that exists as a physical reality. Past and future are models of the mind, they only exist as a psychological reality.
Consciousness is aware that with clocks we measure motion in atemporal space. Time exists only when we measure it. Universe itself is an atemporal phenomenon.

Consciousness as a research tool in theoretical physics plays an important role. It makes us aware of the difference between models of the universe and universe itself. The correct understanding of time plays an essential role here. The mind is able to understand that time is a measure of motion in atemporal space, and that universe is atemporal, thogh it cannot experience it. In order to achieve this, awakening of consciousness is needed.