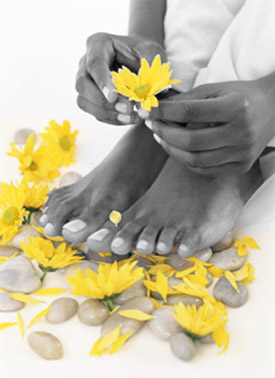 Religion is the realm of spirit meant to unite but not divide humanity by highlighting the differences or diversity. Philosophy is the realm of the intellect but not the fanatical dogmatism that disrupts the harmony of and deteriorates humankind by hatred, violence and wars as the terrorists do in the world today. Science is the realm of research to infer or discover truth and invent new things based on experiments and observation in Nature not for the destruction but for the benefit of the world. Nature is the material manifestation of the Supreme Creator meant for observation and discovery of divinity by meditation and enjoyment of divine bliss by the mystical communion of human mind with it. So, there is similarity of views both in Modern Physics and Vedanta mysticism as both are concerned with the things of Nature and the connection among them.

The main branch of science, Physics itself, a name derived form the Greek language, means Nature. In the 16th century itself the great genius Shakespeare expressed the idea in his formative play, A Midsummer Night's Dream  that man was in harmony with and under the control of Nature first. In his final play, The Tempest Shakespeare envisaging the progress of man’s knowledge in the future expressed the idea that Nature would be under the control of man.

In the last phase of Russian premier, Mikhail Gorbachev’s rule, the rain, which was about to fall on the Moscow Open Theatre, where Indo-Soviet Cultural Festival was about to take place was pushed to some other part of the sky by the advanced Russian scientific technology. Also, sometime later in the Tamil Nadu State of India during the drought situation, chemicals were sprayed on the weak clouds, which were described as seeding the clouds with Silver iodide salt to break them to pieces in order to produce rain necessary for the parched lands there with some success.

Likewise it is not wrong to use scientific technology in diverting river water to barren lands in order to convert deserts into fertile lands through canals as was done in Rajasthan State of India. But destroying forests by exploiting natural resources for raw materials and energy needed for industries and converting fertile lands into concrete jungles of industrially developed towns amount to destruction of Nature itself which would destroy man, machines and his civilisation.

So, as long as science and technology are used as a servant for good purposes in a creative way, they will be as faithful as a dog to man. But on the contrary, if man becomes a slave of machines produced by scientific technologies without any sense or following ethics just for comforts or pleasure exploiting Nature, Science will become a Frankenstein Monster prone to the destruction of the creator, modern developments, civilisation and human world too!

The root cause for all the problems today and the destructive nature of man has started after the First World War. For, then only science and technology were given prominence in the developments of nations, scientific inventions came into use for easing the work burden of man to start with; and the growth of civilisation led to the modernisation of nations exploiting natural resources for economic development needed to meet out heavy expenses of industrialisation everywhere. So, science was worshipped as God. Scientists’ works and researches were given importance and appreciated very much in the West. Therefore the Jewish Physicist Albert Einstein went from Germany to America to do his scientific researches there.

In that juncture, to unravel the mystery of the Universe, the believer of Universal God, Einstein with the religious spirit undertook a thorough research on the Laws of Nature. As a result, he wrote the first Theory of Relativity connecting Space and Time as a four dimensional thing by the equation dS^2 = dx-1^2 + dx-2^2 + dx-3^2 + dx-4^2. As Space is mostly inert [i] in empty areas and dynamic [k] in some areas here and there, he wrote the General Theory of Relativity with the equation, dS^2 = G-ik.dx-i.dx-k based on the Gravitation Equation, F = Gm1m2 / r^2 of Newton. Then he felt it was not enough as Space has not only Gravitational Force but also Nuclear Forces and Electromagnetic Force; and so, one unified field theory having Electromagnetic equation integrated with Gravitation equation had to be included with the General Theory of Relativity.

All these analyses made him feel that it would be better to find proof for writing one whole theory or a Final Unified Theory for linking all the laws of Nature so that all the phenomena of Nature can be interpreted without ambiguity. This is the dream of many scientists even today. So, all the matters in the Universe are interconnected by Gravitational force as well as controlled by Nuclear forces and Electromagnetic force.

In short, Arthur Koestler for all the names of electron, neutron, meson, etc. gave the name as Holon, which means that each particle is connected with the whole of the Universe. By experiments David Bohrn proved that particles are connected simultaneously even at a Space-like distance which light takes a few seconds to travel. These scientific conclusions are similar to one of the main conclusions of Advaitic Vedanta philosophy that there is a fundamental unity in this Universe and this basic unity interconnects all matter, mind and consciousness i.e. the essential oneness of all existence.

Next, according to Einstein all the matters in the Universe are related to each other. The significant thing is that when he was working on The Theory of Relativity, Einstein serendipitously realised the convertibility of Matter [Rock] and Energy [Volcanic Lava] which were previously assumed to be two separate entities and that they were only just like two sides of a coin by expressing the equation as E = mc^2, which is the secret formula of the Atomic Bomb! This was later proved to be true actually by the explosion of two atomic bombs on Hiroshima and Nagasaki in Japan to put an end to the Second World War.

Further, theoretically modern physicists have discovered that the entire possibility of the Universe is contained inside one minuscule atom. Later, astrophysicist Stephen Hawking, author of A Brief History of Time has confirmed through the latest discoveries that the Universe has come into existence from Black Holes, having Zero volume through a mighty explosion of Big Bang. This is similar to another major conclusion of Advaitic Vedanta philosophy that inside the microcosm is the potentiality of the macrocosm i.e. in man there is the potentiality of Godhead or the infinite glory, power and divinity in each human soul.

Regarding God, like Newton relying on the cause and effect of the mechanical Universe, Einstein said that “God does not play dice…God is a comprehensible mystery.’ But Vedanta says otherwise similar to the Uncertainty Principle of Heisenberg. According to him the external reality is a combination of subjective and objective things. As a result, matter was dematerialised and dependent on human consciousness.

Hence the uncertainty principle resulted in three corollaries, which are Vedantic in nature. They are:

So, the Whole Truth, the Ultimate Reality or God cannot be known in Space-Time dimensions as it is beyond mind and cannot be expressed in words. When this is so, it is a clear proof that there is only one God for all. Also, there is no point in saying and fighting with one another that the God of any particular religion is the real one.

After many researches scientists have only discovered Dog, the reverse order of God; and the dogs of war are ever fighting for nothing even after witnessing the two major world wars! This was how the good intention of Albert Einstein was overshadowed by the invention of Atom Bomb, which is threatening the very existence of the world we are all living in our Solar system, or perhaps the whole Universe as the life form of our type has not yet been discovered anywhere else!

But the greatest danger to the whole world today is if such weapons of mass destruction fall into the hands of the terrorists, certainly Nuclear Weapons would be used for the destruction of the world. Hence it is true that religion without science and science without religion are dangerous to mankind and so, for everyone human spirit coupled with scientific temper is most needed today so that peace, prosperity and progress can be guaranteed forever for the world.