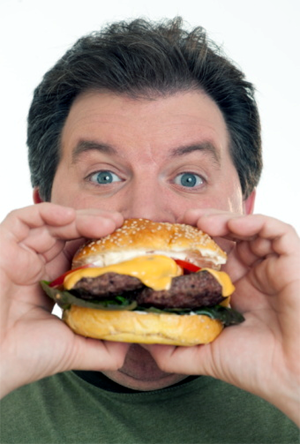 Food is the world's biggest business. A large part of the world's manpower is concerned with  the growing, processing, and preparation of food. In a single year, on a three-meal-a-day basis, most of us eat well over a 1000 meals. We spend a major part of our income on food. The grim aspect of this important facet of life is that tonight millions of the world's people will go to bed more or less hungry. Many nutritionists and physicians believe that many of us are consuming too many calories, too much fat, cholesterol, sugar, and salt leading to systemic diseases. Food habits in man are constantly changing with the changing lifestyle, like "fast foods", "snack food" and "convenience foods". The question remains as to do they supply enough energy and nutrition? Without balanced nutrition health cannot be at its best.
Nutrition refers to the body process by which it makes optimal use of the food taken. It includes eating of the right kind of food, digestion of food, and absorption of nutrients into the blood stream, production of energy, maintenance and growth of body tissues. Nutritional care is the application of the art and science of nutrition in feeding people. Nutritional status is the condition of health as it is related to the use of food by the body. The body weight is a crude index of the nutritional status. However, an accurate measure is only possible through detailed testing by an expert. Nutrition is a modern science, and is multidisciplinary in its approach, and the contributing fields are Medicine, Agriculture, Chemistry , Biology, Physiology, Microbiology, Home Economics, and Behavioral Sciences.
Probably no aspect of nutrition is discussed more than that of calories. People often say they eat too many calories, or not enough calories. They often roughly associate calories with their weight. Just as we can measure height in centimeters and weight in kilograms, we can measure energy in units called calories. The proteins, carbohydrates, and fats in food are the  potential sources of energy. The calorie is a unit of heat. By definition, one large calorie is  more correctly called a kilocalorie (kcal), and is the amount of heat required to raise the temperature of 1000 grams of water by one degree Centigrade. In nutritional terms the large  calorie (kcal) is used, which is 1000 times greater than the 'small' calorie used in Chemistry  and Physics.
The energy value of food is measured in the laboratory by a bomb calorimeter. Based  on this the corrected energy values for pure carbohydrate is 4 kcal per gram; for fat is 9 kcal per gram; and for protein is 4 kcal per gram. Reasonably enough the calorie expenditure by the body would depend on the type of activity, whether the person leads a sedentary life or a very active and strenuous life.
Nutrients comprise of 50 or more chemical substances needed by the body. They are divided into six main classes, namely, proteins, fats, carbohydrates, minerals, vitamins and water. Most foods are composed of more than one nutrient class. Proteins, fats, carbohydrates and water are by far the most abundant nutrients in foods. The minerals come next in rank, and the vitamins occur in very small amounts.
We obtain our protein supply from both plant and animal sources. The digestion of protein begins in the stomach, and continues in the intestines. The amino acids thus formed are absorbed into the blood stream. The tissues select the amino acids they need for building, sustaining and repairing themselves. Naturally if the diet fails to provide adequate proteins, the body suffers the consequences of protein deficiency. The foods that furnish amino acids in the proportions and amounts needed by the body cells, have a high biologic value, and are referred to as complete proteins, e.g., eggs, milk, cheese, fish and poultry. Foods that lack adequate amount of one or more essential amino acids are of poor biologic value, and are incomplete proteins, e.g., cereals, legumes, nuts, and valuables. The recommended daily protein requirement is 56 grams for a 70 kg man, and 44 grams for a 55 kg woman.
Proteins are the body builders, and their deficiency results in stunted growth, early aging and reduction in the disease fighting ability of the body. Protein deficiency, specially in infants and young children manifests as protein-calorie malnutrition. It is mainly in two forms, i.e., Kwashiorkar and Marasmus. The usual social cause is extreme poverty, child neglect, and parental ignorance about infant feeding. It can be prevented or treated with inexpensive protein-rich food.
The word "fat" brings to mind rich foods like butter, cream, oil, ghee, pastries and cakes. Fat is also associated with overweight (obesity) and heart disease.

Lipid is another term for fat and fat-like substances including phospholipids and cholesterol. Food fats are a mixture of saturated and unsaturated fatty acids. Saturated fats are solids at room temperature like ghee and hydrogenated fat. Unsaturated fats are liquids, like oils and margarines. Most vegetable oils are high in their unsaturated fatty acid content, except coconut oil. Digested fat is absorbed through the walls of the intestines, and carried to the tissues, where excess fat is deposited as body fat. Carbohydrates and proteins can be converted into fat in the body. Hence, all foods are sources of body fat.
Most people the world over depend on carbohydrate-rich foods as their principal source of calories. Flour, bread, cereals, and sweets are the main carbohydrate foods. Sugar is the only food that is virtually 100 percent carbohydrate. Generally the daily diet should not contain less than 100 grams of carbohydrate. All carbohydrates are broken  down to single sugars in the gut, and absorbed from the intestines. Excess of carbohydrates in the body are converted into fat and stored as body fat. Most minerals and vitamins are not acted upon by the digestive juices, and absorbed as such. A regular dietary supply of minerals and vitamins is required to make good their constant turnover and loss. Vitamins do not serve as a source of energy for work as is wrongly believed.
Nutritional problems arise from dietary deficiencies or excesses. Obesity is a hazard to health. Statistics show that persons who are 20 percent or more overweight, have a death rate about one-half higher than that of persons with desirable weights. It is easier to keep off than to take off unwanted pounds. Women usually lose satisfactorily on diets restricted to 1000 to 1500 kcal, whereas, men lose satisfactorily on diets furnishing 1200 to 1800 kcal per day. After a long illness a high-calorie diet is required, and about 500 kcal daily above the normal calorie requirement are needed to cause a 1 pound body weight per week.
Atherosclerosis is the commonest cause for hardening of arteries, as fatty material and cholesterol is deposited under the inner walls of the arteries, specially the small arteries like the coronary and cerebral arteries, leading to a heart attack or a cerebral stroke respectively. Diet regulation is the primary therapy for all types of lipid disorders.
Special diet schedules are available for diseases like diabetes mellitus, hypertension, and many other metabolic disorders. While in health, if an individual maintains the body weight within normal limits, it is possible to avoid hazards and complications of obesity, underweight, and deficiency diseases. This needs a little organization of lifestyle, food habits, and physical exercise.