Nestled on the west coast of Florida is a sleepy city called Sarasota. Just a stone's throw away from the twin metropolises of Tampa and St. Petersburg, the beach town is a haven for many a rich retirees, both in wealth as well as their appreciation of culture and aesthetic. Sarasota is blessed with some of the most beautiful beaches in the country. The keys off its coast have some of the best homes on Sarasota Bay. It is also the home of John Ringling, who helped to put the town on the map of Florida. The circus company that he owned gave Sarasota the reputation as a circus town.

John Ringling (1866-1936) was one of the owners of the Ringling Brothers and Barnum & Bailey circus which attained fame and popularity in early twentieth century. It is still performing today, though the heydays of circus are well behind us now. At its peak, the circus moved its tents, artists, workers and animals ' that numbered in the thousands' from one town to another for their daily performances. The efficiency of this massive movement was so great that the United States military sent its observers to study it, so that they could incorporate it into their troop movements during war. The circus has left an indelible mark on the town of Sarasota. John Ringling, along with his wife, collected precious art work and built a museum to house their collection in Sarasota. They also built a Venetian'styled palazzo, with polychromatic glazed terracotta, and called it C`a d'Zan ' The House of John. Both are built on a large estate on the waterfront. 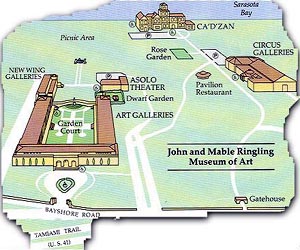 The buildings were in a dilapidated state until recently. Spending fifteen million dollars, the State of Florida, in the year 2002, renovated both the museum and the mansion, and restored them to their original splendor. Now, it is a popular tourist destination. The entrance to both the buildings and the Circus Museum (also on the grounds of the estate) is $15 and the fare is more than worth it. To cover both the buildings and loiter around the gardens on a bright sunny day, amongst the many large banyan trees is a treat worth many more dollars. The running and upkeep of the estate has now been bequeathed to Florida State University. Apart from the two museums and the C`a d'Zan, the sprawling estate also has a theater (Asolo), a respectable restaurant, and several gardens and picnic areas. Just the scenery is breathtaking enough.

John Ringling was born in McGregor, Iowa on May 31, 1866. One among six children, he started his career as a clown. Born to a middle class family, John with his four of his brothers started the Ringling Bros. Circus in 1884. He soon found himself advancing to the position of overseeing the operations of the circus. He was quite adept at it and in 1907 the brothers acquired the Barnum &Bailey show, thus giving them a monopoly in the business of circus during its boom period. John quickly diversified his new found wealth and invested in railroad lines, Western Oil and as many as thirty other business enterprises. He was also an investor and member of the board in Madison Square Garden in New York City.

John Ringling married Mable Burton in 1905. In her he found an avid partner in his fondness for collecting precious art from around the world. They had homes in New York City; Alpine, New Jersey; and Sarasota. They quietly started collecting and displaying art in their homes. When the collection became truly large and grand, they decided to build a museum in Sarasota, starting in 1925. 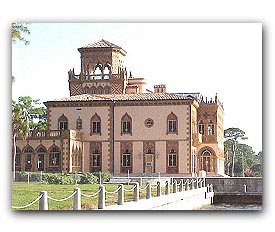 John joined the great Florida land boom and bought and developed land of Sarasota Key, which was later called Ringling Isles. He undertook development of causeways and bridges to link the keys to the mainland. In a large tract of land by the Bay, he and Mable built their mansion called C`a d'Zan or House of John.

John's and Mable's life story is vintage American dream come true. Born and brought up in the middle class, they both worked their way up to incredible riches. John's keen business acumen and love for art and other collectibles, resulted in him leaving behind a precious Museum and Mansion for the enjoyment of others. It truly is an American dream come true. 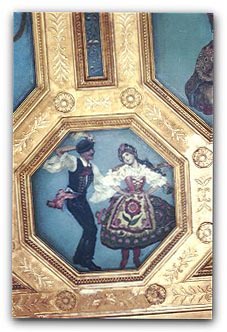 The Ringlings were listed as one of the twenty wealthiest individuals in the United States by mid 1920’s. They built the mansion with personal supervision by both John and Mable (construction began in 1924). They had an affinity to Venice and had visited the floating city many times. They also had bought many paintings and artifacts there. They brought back some ideas about Venetian buildings and modeled their home after them. Instead of marble they built it with glazed terracotta in many colors.
This is what gives the mansion its charm, both outside and inside. The windows have pastel colored glass panes that reflect multi colored designs on the tiles, when the western sunlight shines thorough. They filled the building with artwork and opulent furniture, artifacts and fixtures. The ceiling of the dining hall is painted with dancing scenes of every prominent country in the world. The bedrooms, guest rooms and the music rooms are all exquisitely furnished and decorated

The linen and lace have been refurbished in such a way that even Mable Ringling would not have been able to tell the difference. One can only marvel at the renovators, who have toiled countless number of hours to bring to fruition a replica to be proud of.

Mable and John lived the high life during the roaring twenties. With John’s investments and the circus doing extremely well, they both were the penultimate social butterflies of the super rich. They entertained the wealthy and elite acquaintances in the mansion and the parties given by them started to be mentioned in society news and gossip columns regularly. John had moved his winter operations of the circus to Sarasota. It gained the reputation as a major circus town in the country. John also was busy developing Sarasota. The Bird Key, which has a classy shopping complex called St. Armand Circle, was entirely developed through John’s vision. Connected to Lido beach the key is a major tourist stop, where one can shop till she drops, where name-brand stores are mixed with quaint shops selling specialty arts and crafts with some local flavor as well. 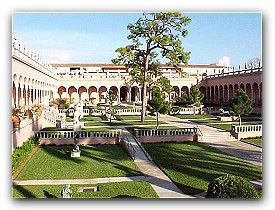 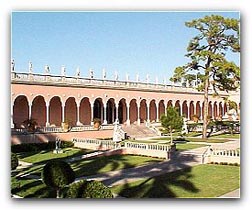 The Courtyard of the Art Museum

John was very busy buying art from around the world after his marriage to Mable. His collection became so big that they both decided to build a museum in Sarasota to show their art. The plans were drawn in 1925 (designer John H. Phillips). Two long wings with a courtyard in the middle with statues and artifacts collected from around the world were also reminiscent of Greco Roman art. Both the wings had separate lavishly decorated rooms for the various paintings from different periods.

John befriended Julius Bohler, a well known German art dealer of the twenties. Bohler helped John in acquiring some of the best paintings and art work. During his annual visits to Europe to audition new circus acts, John began buying art. Even before the museum had taken shape starting in 1925, John purchased three completer rooms from the Gilded Age Astor mansion located in Fifth Avenue in New York City, along with paintings, furniture and architectural furnishings that were later integrated into the fabric of the Art Museum.

But the paintings that would become the cornerstone of his museum were the tapestries painted on canvas by the Flemish Baroque artist, Peter Paul Rubens (early 17th century). These masterpieces hang in two rooms in Rubens Galleries at the Art Museum. These were bought from the ancestors of the Duke of Westminster at Grosvenor House in London. John also bought 2800 pieces of Greek, Roman, Cypriot and Egyptian antiquities form Metropolitan Museum of Art from New York in 1928. The same year he also bought over 300 pieces of art from Vanderbilts' Marble House in Newport, Rhode Island. These were fine examples of Late Medieval through Early Renaissance decorative art. All in all John and Mable collected more than 600 pieces of Old Master paintings from the Late Medieval through the 19th century periods. 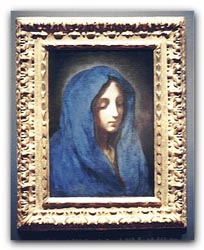 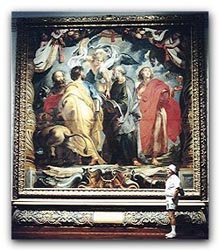 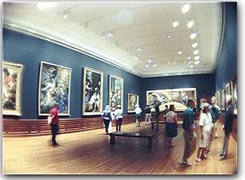 The museum opened in 1929 to the public with great fanfare. John continued to buy art until he fell into hard times due to the Great Depression. A new wing has been added where works loaned from other museums are exhibited. There are other plans to expand and add additional space to the Art Museum. 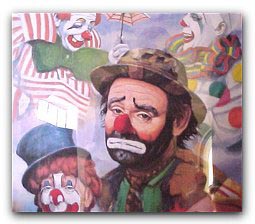 Compared to the Art Museum, the Circus Museum is in an ordinary building. It appears like a temporary construction the circus employees would have used for shelter as well as a work shop. However, it contains some of the very interesting circus memorabilia. The props and the clown attires are all preserved here. The coaches and carriages actually used in the circus are refurbished and exhibited. Even the animal cages like those for the tigers and bears are preserved. There are also multitudes of pictures and models amongst the artifacts. A miniature scale model of the Big Top with its three rings including the stables, the living quarters and the dining tents are very interesting. There are also the photographs of the most famous clown of all, Mr. Emmett Kelly Sr., who worked for the circus for fourteen years from 1942 to 1956. He had made a name for himself as the tramp clown, Weary Willy and was identified almost as the mascot of the Ringling Bros. and Barnum & Bailey Circus. 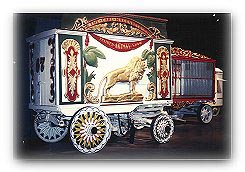 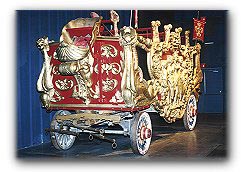 The Decline and the Resurrection

Ironically, Mable Ringling did not live to see the Art Museum open to the public in 1929. She died before that from complications of Addison's disease. Though John continued to collect art after her death, it was like losing a supporting limb. He had a brief stint with another marriage that lasted a very short time. As fate would have it, though they both had some wonderful years in the C`a dZan, their stay there also amounted to only few years. First Mable's death and then the stock market crash followed by the ensuing Great Depression delivered a final death knell to the opulence of the Ringling estates. John lost many of his investments and was unable to maintain the estate and its lavish buildings during the depression. He died in 1936 without any children or heirs. The C`a dZan and the museums along with the Asolo Theater and the vast acreage of lush gardens were bequeathed to the State of Florida.

The grounds remained in disrepair for many decades and slowly deteriorated. However, the museum continued to be open and two years ago the State of Florida restored the buildings to their original glamour and beauty.

A daughter of one of the artists who painted the ceilings of the C`a dZan remembers the glory days of the Ringlings' life in Sarasota. She is blessed with good memory. Though she was a mere child in the 1920's she is able to remember many details about the mansion's original design and appearance. She remembers seeing her father lying on his back on the scaffolding painting the wooden ceiling of the Great Hall and Mable's bedroom ceiling. She lives close to the grounds and apparently is a wealth of information. Her help was sought by the restorers in recreating original splendor of the mansion.

John and Mable who have given so much to Sarasota would be proud of the vision and mastery of the people who were responsible for bringing back the character and life of his beloved estate. This gem on the west coast of Florida with its Art Museum, Venetian Gothic mansion and pristine grounds is worth a visit.