Who is Afraid of Global Warming! 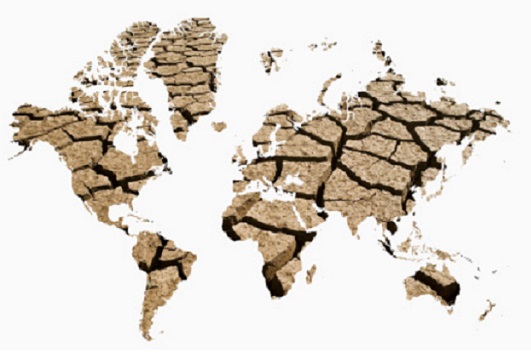 Question arises which party is on the right track? I feel that both the parties are right and both are wrong. The problem of global warming or a better term would be the climate change is being viewed by both the parties like the five blind men and the elephant. They described it according to the part of the body they touched.

The issue of global warming needs to be carefully examined in all respects, for example, when we talk of earth, we have to take in to account the Sun as well. The Sun is our heater, our lone source of energy. It has gone through vast changes since the earth came in to being. We presume that it is our doing that the atmosphere is full of greenhouse gases that trap the Sun’s heat and warm our planet. Is it true? If you ask me, my reply would be, ‘yes partially’.

Seventy five thousand years ago when a volcano burst near Sumatra, for one year the northern hemisphere was shrouded under a cover of darkness. It was known as a year without summer in the United States. Indian subcontinent was covered with a 15 cm thick layer of volcanic ash from North to South. Do our industries or automobiles have the power to even touch these figures?

While we are debating or blaming each other we generally remain ignorant about the good or bad effects of the Climate change.

Turning the pages of geography we read in the school days, we are reminded of the Woolly Mammoths of the Ice Age, found in the Polar ice. If you turn the pages of the Earth’s history and go back to some 700 million years or beyond, you suddenly read about a lifeless earth. Yes it was so because the Earth was shrouded under a cover of ice. Cold is lifeless. But presently we are worried about the global warming and rise in temperatures. Our environmentalists are shouting hoarse that the sea level would rise by so many meters and many countries like Bangladesh would be wiped off. In India, places like Mumbai would suffer a lot. Most of us are unaware that about 5.4 million years ago, when the Earth was facing one of the worst heat waves, the flora was at its luxuriant best. Most of the animals thrived and multiplied. But yes many giants suffered a lot due to the larger surface areas of their bodies were exposed to the scorching heat of the Sun. Those animals which could adapt and reduce their sizes, they managed to survive well. In short, heat means life.

There is however, a catch in this. During the period of worst warming, we were not there. Our ancestors did face the brunt of the Ice Age and only those who migrated to warmer areas survived. The rest must have perished! Another point that must be made clear is that migrations have been a kind of law of the Nature. Most animals migrate to safer areas. While plants are immobile, they remain rooted at the same place and die either of extreme cold or lack of water.

In the contemporary times, most of us presume that man is not that dumb as he used to be in the past. But frankly, the nature is much more powerful than our technology. Even the developed countries remain mute spectators in front of tsunamis, or cyclones. But yes the early warning system helps people to shift to safer areas. In that direction even our Country is not lagging behind. The number of deaths in the cyclones of the recent past is a witness to this statement. But we are helpless in front of floods and many other hazards like landslides.

The climate change is going to usher a new era of natural hazards, when extremes of floods, droughts, and landslides will be the in thing. It is sad that we are not striving hard in managing the situations in case of such extremes.

Developed country like US is trying to sell the ideas of carbon reduction etc. to developing countries like ours. Instead of jumping to such offers, first we should first set our house in order. In our country the major problems are drinking water, management of solid waste and municipal waste and also the industrial waste. Recently our Prime Minister has launched ‘Svachch Bharat Abhiyan.’ It is indeed a laudable step. But we need to think of proper treatment of sewer water too.

Thus instead of panicking about the Global warming, we should develop better sanitation, better water supply systems and better power generation and distribution systems.