Happiness: How to Attain it?

Happines is a positive mental or emotional state of well-being ranging from a feeling of contentment and satisfaction to intense joy. A variety of biological, philosophical, religious, psychological, and economic approaches have been applied to identify sources of happiness. Many scientific methods have been applied to know more about happiness. The United Nations has fixed 20th March as the International Day of Happiness. The term pleasure includes a broad class of mental states that man experiences as positive, enjoyable, and worth aspiring for. It includes mental states of happiness, entertainment, enjoyment, ecstasy, and euphoria. 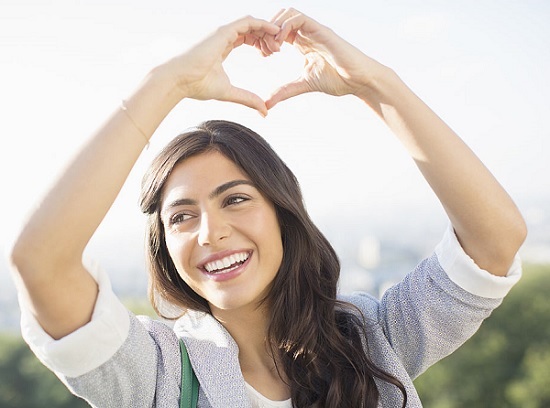 The renowned Psychiatrist, Dr Eric Berne in his Book "Psychiatry and Psychoanalysis" long back in 1958 puts it in simple words, "There are millions of unhappy people over the world who suffer from headache, backache, loss of appetite, nausea, pain in chest, pounding heart, dizziness, fainting spells, and joint pains". They go from doctor to doctor getting little relief. All investigations turn out to be within normal range. The doctor then feels that the troubles may be caused by an upheaval in emotions, but are not imaginary, and do need to be treated.

At the neurobiological level the limbic system comprising of the thalamus, hypothalamus, hippocampus, amygdala, septum, olfactory & pyriform lobes,and portions of the surrounding cortical tissue control the emotional behavior of the individual. Medicines used in the treatment of emotional disorders mainly act via the components of the limbic system. It has been found that happy people show more activity in the left frontal lobe of the brain. At the psychological level pleasure is considered to be the core of all emotions. At the philosophical level pleasure is considered to be freedom from pain in the body, and freedom from turmoil in the soul.

The four established "happy hormones" are the endorphins, serotonin, dopamine, and oxytocin. The later two are essentially neurotransmitters. Endorphins block pain, and are produced within our body, and function as body's pain killers. Their levels in the body is raised by rigorous anaerobic exercise, and spicy food. Serotonin lifts our mood and makes us more sociable and agreeable in our behavior. Its levels in the body are raised by (i) having positive thoughts and nostalgia, (ii) exposure to sunlight, (iii) low intensity exercise, and (iv) by milk foods, carbohydrates, and tryptophan (an amino acid) which is converted to serotonin in the body. Dopamine is a pleasure hormone which motivates us to act and strive to attain the goal. Dopamine is increased by having achievable goals, and leading a purposeful life. Both dopamine and serotonin tend to rise together. Oxytocin is the 'love hormone" released by body contact, and childbirth. It expresses feelings of love and trust resulting in good relationships leading to happiness.

Oxyrocin levels are also increased by massageand contact with family members. Thus, happiness is not only in our minds but also in our bodies.

Religion has many features which address many components of happiness. Prayer and belief make a person happy. The rituals and festivals provide for fellowship and social contact. Many scientific studies reveal that there is a positive link between religion, well being, and health. Disaffiliation from one's religion leads to unhappiness.

Some Measures to Attain Happiness

Most studies support that the most important factor is to have a good family life and cordial relations with others with whom we come in contact in our daily routine.

By employing these measures one can attain happiness and enjoy good health. Thus, happiness is an attitude and an exercise of the mind.