One day, a stranger presented a cup of lighter shiny silvery metal to the Roman emperor. The stranger told that he had obtained this new metal from clay. The ruler was short sighted. Fearing that the new metal with its magnificent properties might devaluate the gold and silver treasury, he ordered the inventor to be beheaded and his workshop destroyed so that no one would get ever the idea of producing the dangerous metal. Before this, Greek historians of 5th century B.C. have mentioned using a new metal as a fixing agent in dying rock Alumen.

After one and a half thousand years, a talented German doctor could relate aluminum oxide with alum which was used as fixing agent in dying and manufacture of leather. While in 19th century, a Swedish chemist Berze Lius and Davy changed it back into aluminum. 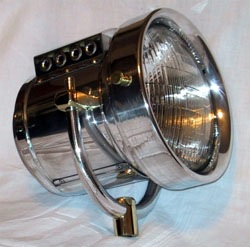 In 1825 Danish Scientist Oersted, succeeded in producing aluminum. After hearing from Oersted German scientist Wholer stated working on producing aluminum. In 1927 he produced small grains but after 18 years he was able to produce Aluminum in a more compact way. It was costlier then gold.

In 1863 the Russian writer Chernyshgevsky called Aluminum a metal of socialism, but still it was a jewelers metal and in 1889 Mendeleyers was given a valuable gift-scales made of gold and aluminum.

As early as in 1854, a German chemist by name Bunsen suggested that Al could be produced by electrolysis, it took 30 years to put this into practical application since it required large amount of electricity. The year 1886 became a landmark in the history of Aluminum as, American student Hall and French engineer Heroult independently developed electrolytic process of Aluminum production. At the end of eighteen eighties Austrian scientist Bayer invented the ‘Bayers process’ which was worldwide recognized for Aluminum production.

Now Aluminum has became an engineer’s metal. It is 3 times lighter than Iron (Fe). Its thermal and electrical conductivity is inferior only to silver, gold and copper. Its plasticity helps it to flatten into 3 microns thick. It can be drawn into wire not thicker than spider webs.

Metallurgists started research for improving its strength by alloying. In twentieth century German scientist William experimented with Aluminum alloys and got a very useful metal and called it- duralumin and in 1919 one of the first planes were made of duralumin.

Aluminum is used in electrical engineering and is one of the principal consumers of Aluminum, using it for high voltage transmission lines, motors and transformer winding cable and condensers. It is also used for transportation and because of its wonderful properties it is used for making the bodies of railway coaches, cars, aeroplanes etc.

Aluminum is highly resistant to corrosion and so it is used for manufacturing containers for storage purposes. Equipment for better production, sugar refining, confectionary and brewing industry is made from it. In metallurgy, Aluminum is a good deoxidizer. Aluminum fabrics are also used by geologists. It is widely used by fishermen too.

So, it could be said that Aluminum is indispensable for life and living.