Silver : The Champion Metal of a Noble Origin 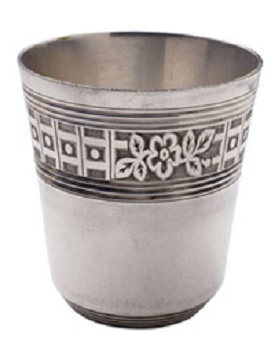 Once, in 327 B.C. Alexander the great invaded India. Suddenly the great army was struck by an out break if a mysterious gastrointestinal diseases. Alexander was forced to retreat. Commanders suffered less frequently compared to the soldiers. Commanders used silver cups whereas soldiers used tin cups which was an evidence of the fact that it was healthier to store as well as drink water in silver vessels. It was then that people began to realize the use of the noble metal – ‘Silver’.

Similarly, in 5th century B.C. the Persian king Cyrus kept his water in sacred silver vessels. India was also not far behind. India’s religious books describe how water was purified by immersing white pot silver in it. Thus, the first and the oldest use of silver was to store and purify water. Earlier, it was only a belief but now it has been scientifically proven that silver dissolved in water kills many harmful bacteria.

The second oldest use of silver is making silver coins. Romans began to make silver coins in 269 B.C. and this soon spread to many other countries of the world. Silver has also been used in making jewellery since time immemorial. It has been prestigious to own silver service, cups and goblets, powder cases etc. Silverware was and is still extremely valuable.

In some places silver was put to such good use whereas sometimes silver was used for downright ridiculous purposes like, to satisfy the whims of those in power. Roman Emperor Nero had thousands of his nails shoed with silver.

In older times, technology was not as advanced as it now is. In present times, while naturally retaining its role of a jewelers and craftsmen’s metal, silver today has many more serious roles to play. For example, Silver bromide is used in photographic films in which, the rate of disintegration of the silver bromide is directly proportional to the intensity of light which it has exposed, Silver iodide is an effective help in fighting tropical cyclonic storm. Similarly, silver has also been used in mirror making from the middle of the nineteenth century because a sheet of polished glass silvered at the back has the greatest reflecting power of all the known metals.

Silver is indispensable for the doctors too and is an essential component of telescopes, microscopes and other optical instruments. Also, no other metal is as good a thermal and electrical conductor as silver. Silver is used in most sensitive physical instruments. In the numerous automatic devices, rockets and submarines, computers and nuclear installation as contact points. If rare earth elements are added to silver the life contact points increased several times and even the nozzle of some jet engines are manufactured from foam tungsten saturated with silver. Silver is so ductile that it can be beaten in to a transparent leaf only 0.0003 centimeter thick. One gram of silver can be drawn into a wire of 3 kilometers length.

Fine silver is a beautiful white metal and its Latin name ‘’Argentum’’ comes from the Sanskrit ‘’Argenta’’ meaning light colored. In Atharvaveda silver has been called as Arjuna or Rajat also.

The name of South American country Argentina has come from silver only. Silver is really noble in metals and at the same time, a metal of nobles.