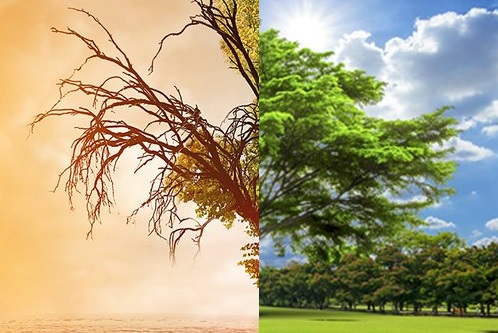 Afforestation is one of the best buffers in terms of negative impacts of climate change in the world. Prime Minister, Imran Khan, appeals to all Pakistanis, especially school children that everyone should plant two trees on 18th August to celebrate "Plant4Pakistan day" across Pakistan. More than 22 million plants will be planted across Pakistan today.

According to the World Wildlife Fund’s (WWF) 2017 survey, only 5.7% of Pakistan’s land was covered by forest. The report added that Pakistan lost up to 43,000 hectares of forest every year from 2000 to 2010. This is the highest deforestation rate among Asian countries. The federal government has estimated a one per cent increase in forest area in the country from the Billion Tree Tsunami

The forestation project would require a funding of Rs. 125 billion for the first phase and will provide green cover to around 0.8 million hectares of land.

As per the proposal, around 4.5 billion saplings will be planted in the country during the first phase. The remaining target of 5.5 billion would be met in the second phase – which will be completed through a public-private partnership.

The forest department of every province, after an extensive search, has chosen different samples of trees for plantation, keeping environmental and ecological impacts in view. The sample cost varies accordingly.

Here are the details of the seedlings/saplings in each province and the estimated cost:

Moreover, the National Highway Authority (NHA) would also plant 1.4 million plants at a cost of Rs. 1,675 per plant.

Environment saving agenda of Pakistan ; "Clean and Green Pakistan Index" project, include 10 billion tree project, ban on use of polythene bags in Islamabad, electric vehicles policy, rules and regulations about green buildings. Today 3.25 billion trees will be planted in Capital city; Islamabad, the first phase of the project, which will be reviewed after two years.

Under the Clean and Green Pakistan Index project with the participation of the federal, provincial and local governments, cities and the surrounding areas will be graded in respect of provision and drainage of water, solid waste management, cleanliness, and ratio of trees.

In the first phase, Clean and Green Index project will be initiated in twelve cities of Punjab and seven cities of Khyber Pakhtunkhwan.

Pakistan already on right path for climatic saving and pollution reduction, in process of doing so ban on the use of polythene bags is already implemented from 14th August of this year in the federal capital at initial level, and the decision is being appreciated by all segments of the society. Plastic ban will be implemented next in Karachi, the metropolitan city of Pakistan till October, 2019. Traffic pollution is another issue especially in a big and highly populated city like Karachi, Federal government is launching green transportation project in Karachi and Green Carbon Fund has given 50 million US dollar in this regard.