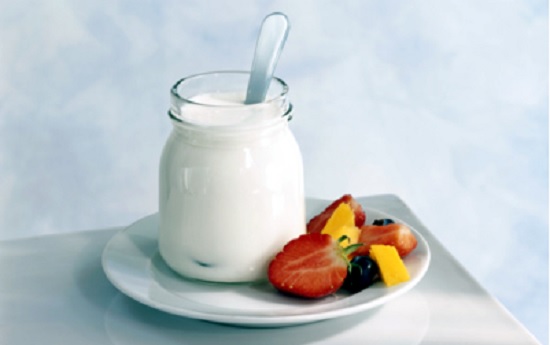 Since time immemorial, yoghurt (or curd or ‘dahi’) has been an important part of man’s diet and ranks as a popular food in many parts of the world. Curd, a smooth semi solid dairy product made out of milk is very beneficial for us and should definitely be included in our daily diet.

The word ‘yoghurt’ is of Turkish origin. It is believed that the first curd was made in Turkey. Legend has it that a nomad while travelling through the desert kept some milk away in a goat skin bag and hung it across the back of his camel. On opening the bag a few hours later he found that the liquid had been transformed into a thick tangy custard. The desert sun and the bacteria inside the bag produced the required conditions for the preparation of yoghurt and curd was discovered.

Curd has played an important part in the diet of nations since ancient times. Yoghurt was introduced early in Greece like its neighbor Turkey. In face there are quite a few dishes made from yoghurt that both countries share. 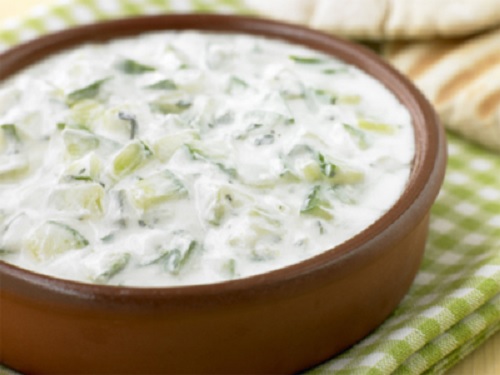 An example is “tzatziki” in Greece and “Cacik” in Turkey, which is an appetizer.

Curd has been regarded as a wholesome food in Turkey, Egypt, Armenia, Yugoslavia, Rumania, Russia and Central Europe. In India, people have been taking curd since the Vedic times and it is also a part and parcel of several religious ceremonies. Recently curd or yoghurt has gained a lot of popularity in the west as well.

It has been observed that some of the best examples of healthy humans with long life spans are from those areas of the world where soured milk or curds are consumed regularly. These include people in the Caucasus Mountains in Eurasia, the Balkans, the Hunza settlements and India. Intrigued by this observation the Russian biologist Elie Metchnikoff performed numerous experiments and found that the lactic acid producing bacteria in curds checked the growth of toxic bacteria in the large intestine. The “lactobacillus” present in curd can help prevent a lot of illnesses.

Curd is basically a lactic formation of milk. Over 80% of Asian adults and 30% of Caucasians are unable to digest milk per se, but they can digest soured milk rendered more digestible by the lactic acid released during fermentation. This digested form of milk helps absorption of all naturally accruing vitamins, proteins and minerals.

The milk of the cow is generally used in preparing yoghurt in Europe and America. In India, buffalo’s milk is also extensively used. In Russia the milk of sheep, goats and mare is largely used for the same purpose. Supermarkets the world over are bursting at the seams with infinite varieties of yoghurt and every year a few more new ones hit the shelves. Yoghurt is big business these days. It is estimated that in UK alone over 2000 million pots are sold every year. There are diet yoghurts, low fat yoghurt, flavored ones, 100% natural ones, thick and creamy yoghurt and so on. One of the European favorites is the thick Greek yoghurt.

Curd is very cooling and is very useful in summer. While curd as such can be had with meals, or separately, a large variety of delicious curd based dishes can also be whipped up to tickle one’s palate, These include different raitas, dahi vadas, dahi bhallas, dahi pakodas, lassi etc.

Curd is used in different ways in Indian culinary art. It is eaten with both meat and vegetarian curries, with rice, fruit and fish. It is eaten plain with salt and pepper, with sugar, honey, fruit, molasses and with innumerable essences. Many dishes are cooked in curd. Over 50% of the total milk in India is converted into curd. Curd adds flavor to meat dishes and other curries and traditional Mughlai chefs make use of curd in various innovative ways. Curd is also an ingredient in many desserts.

Nothing is more refreshing than a tall chilled glass of lassi or buttermilk on a hot summer’s day. It brings immediate relief to our parched throats and cols the entire system. Lassi can be sweet or salted, depending on one’s taste.

In Europe and America a variety of yoghurt based sauces and dips are used with vegetables, fish, poultry, game, pork, beef and lamb. Sometimes yoghurt is substituted for sour cream. Curd cheese is also widely used as cream or cottage cheese, all of which are made from drained curd and eaten fresh. Yoghurt is often used to thicken soups, as well as prepare gratins, salad dressings and stuffings.

Curd is a very nourishing food and being easily digestible is an ideal diet for those with sensitive digestive systems, particularly young children and elderly persons. Its typical sour taste appeals to most people. It is a valuable source of protein, essential vitamins and minerals. It is also a rich source of calcium and riboflavin.

Curd has many curative and therapeutic uses as well. It is useful in checking diarrhea and also controls constipation. It helps to cleanse our system by binding with harmful toxins and helping them to be excreted from the body. It controls harmful bacteria by increasing the friendly bacteria in the colon.

Curd has been associated with longevity. Regular intake of curd is believed to curb premature ageing. In treatment of jaundice, curd or buttermilk sweetened with honey makes an ideal diet. It is also used in the treatment of insomnia. The patient should massage curd on his head – this induces sleep.

Apart from these, curd controls cholesterol by enhancing the absorption of fats in the diet and hastening the eviction of unwanted cholesterol before it gets absorbed. It also checks fungal disorders and cures oral cancer. It reduces gaseous distention of the abdomen and flatulence by breaking down sugars.

Recent research has revealed that curd can also be used in the treatment of cancer and tumors.

Yoghurt is now made commercially and sold, often flavored with fruit and different essences. Since it is low in calories, it is a popular food with weight watchers. The sweet curd or “mishit doi” of Bengal which has a thick brownish appearance, and is available in earthen pots, is world famous.

Curd is also a wonderful beauty aid. It can be used to massage our skin to give it a smooth glow. The bacteria in curd make the skin soft and glowing. Curd supplies the nerves and the skin with healthy ingredients and counteracts the ill effects of exposure to the scorching sun. Curd mixed with orange or lemon juice is an excellent facial cleanser. Curd can also be used in a variety of homemade face packs. Curd also is a good hair conditioner as it nourishes the hair. Dandruff can be treated by massaging one’s hair and curd.

Thus curd is a highly versatile substance with a number of health giving and therapeutic properties. It is also considered one of the best aids for natural good looks. Smooth in texture, pleasant and refreshing in taste, it is indeed a valuable food and should be included in our daily diet to save us from a medley of diseases and guard our health for decades.