The Camel and the Arab

One day an Arab and his camel were crossing the desert. Night came and the temperature became colder. The Arab put up his tent and tied the camel to it. The Arab went to sleep. 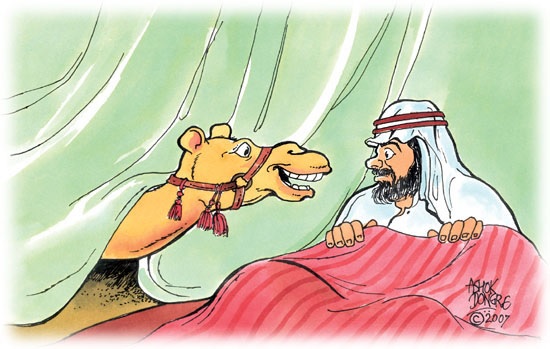