The air was filled with peals of laughter and screams of joy. It was the children of the village running straight to the mango grove. Today was mango-eating day. The gardener had invited them over yesterday. Almost the entire village would be there today - the old, the young and the in-betweens. The cool green shade of the mango grove was a welcome sight. The songs of koels greeted everyone. The rustling mango leaves were expressing their solidarity with the birds. Branches heavy with ripe mangoes seemed to garland the children. There were long rope swings on the high branches. Carefree girls were swinging with happiness. 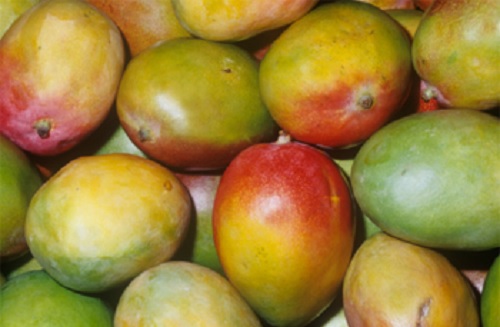 There was an air of festivity, even though the hot sun was beating down hard. But strangely no one was dressed in fine clothes. Everyone was wearing old clothes; some even had torn clothes on. Indeed the occasion was such - it was the mango-eating day. Maali dada brought basketfuls of mangoes and placed them in front of the children.

“Eat as much as you can. No one will stop you today”, he said.

Maali dada was enjoying this sight. Eat your fill, as many as you can. Mangoes from my crazy friend’s garden- He used to plant all the seeds he found thrown away. They called him mad because he would go around picking up the joothan from everywhere. He planted all the seeds he found and look today twenty years later this orchard is full of mangoes for everyone in the village.

Maali dada settled down with a basket of mangoes and all the children around him.

Come now let me tell you the story of Mirza Ghalib. He was an Urdu poet who lived during the period of the last Mughal Emperor. Mirza Ghalib was known for his kindness towards poor people.

He too loved mangoes. One day he was walking in a mango orchard in the Red Fort. Some of the world’s best mangoes were grown there. Ghalib was looking at the mangoes very lovingly as he said, Your Majesty, I am told that every mango bears the name of the person it is meant for, on its seed. I hope one of these mangoes has my name on it”.

The Emperor laughed. When Ghalib went home in the evening a basketful of mangoes sent by the Emperor was waiting for him. What a wonderful summer gift!