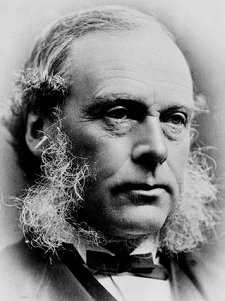 Sir Joseph Lister (1827-1912) was an English surgeon who pioneered antiseptic surgery after Louis Pasteur had shown that microscopic organisms (bacteria) were responsible for postoperative infection in patients. Till then sterilization techniques were not enough to avoid postoperative infections. Influenced by Pasteur's work on bacteria, Lister introduced the technique of soaking dressings and surgical instruments in Carbolic acid and that strict rules of hygiene be adopted to avoid sepsis in hospitals. As Lister succeeded in using carbolic acid as a sterilization agent postoperative fatalities caused by infection were markedly reduced.

Historically, the importance of cleansing the hands with Chlorine-containing solutions for prevention of puerperal fever was demonstrated by a Viennese physician Ignaz  Sammeliveis in 1884.  He worked on this procedure to avoid "childbirth fever" or puerperal fever as it was known later. Joseph Lister in 1867 announced his method of sterilization of wounds, bandages and surgical instruments by phenol (carbolic acid). It was stressed by Lister that "Surgical sterility is not necessarily absolute sterility".