Mona Lisa - A Masterpiece or a

A New York Times (NYT) write-up, reproduced in a domestic newspaper, on Louvre in Paris, perhaps the greatest of museums in the world, was somewhat disconcerting. It seems, the Museum was show-casing the “decade-in-the-works - Leonardo da Vinci” last year and the tickets were sold out by November. And yet, Leonardo was described in the write-up as the “least productive of Renaissance masters” and his most famous painting Mona Lisa as a “fiasco”. 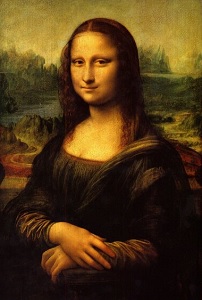 Mona Lisa, also known as La Gioconda, the latter being her husband’s name, is considered a masterpiece painted by the 16th Century Renaissance artist-cum-engineerLeonardo da Vinci. While the author of the piece in NYT has said it is a “fiasco” yet, according to him, some 80% of the visitors to Louvre go there only to see Mona Lisa. Around 80% of the visitors is not an insubstantial number when one considers that in 2018 as many as 10 million visited the Louvre. Yet the NYT author has used pejoratives for Leonardo’s work of artartcalling it “Kim Kardashian of 16th Century Italian portraiture”.

Last summer Paris was hot with the mercury topping 100 degrees Fahrenheit. In the midst of the heat the Louvre undertook renovation of the Mona Lisa gallery in the Museum’s Denon Wing which once housed the French Parliament. Relocated to Richelieu painting wingthe sweaty crowds of Mona Lisa viewers, ignoring the Flemish collection, were so large that guards had to shoo them off – the selfie-snappers who had endured a half an hour line. The overcrowding was so bad that the museum had to shut doors for several days.That, if anything, shows the fame and popularity of Vinci’s creation.

Leonardo is believed to have commenced working on the portrait of Lisa del Gioconda, the model of Mona Lisa sometime in 1503. The West is very sanguine in its belief that the model bore strong resemblance to Virgin Mary who was at that time considered as epitome of feminine beauty. In those far away years portraits of women would be mostly of the gentry from the aristocracy. These would generally be heavy on the eye as they were extravagantly embellished with ornaments and other items of personal decoration. More often, they were portraits of stern looking matrons. Mona Lisa, on the other hand, looks like a woman from the normal gentle folk of those times with hardly any ornament on her person. It is also claimed that, perhaps, for the first time in portraiture the model has been made to sit in front of a landscape – probably of Florentine provenance.

Despite its simplicity the painting has become famous. Men have researched it, written thousands of words on it and have even written songs for the very pleasant-looking lady. She has been described as “enigmatic” and her smile has been found to be “mystic”.

Because of the world-wide fame of the painting it has been subjected to thefts and has faced attempts at vandalisation. They had generally failed barring probably once when the pieces of shattered glass damaged the pigment in a microscopic area of the painting. This happened despite the strict security in Louvre and museums across the world to which it had been taken for display.

I got familiar with Mona Lisa when I was still in college by way of a write—up in a newspaper. Later, the picture of the portrait appeared in some magazine – perhaps the Life magazine. Then I came across the song “Mona Lisa” sung melodiously by Nat “King” Cole in his what-seems-like cold-affected voice. It was so impressive that it continues to be one of my favourites even after sixty—odd years.

When we went to Europe in 1987 we visited Paris and, of course, Louvre was in the itinerary. I happened to come across the statue of Venus de Milo on my way to the free-standing grey wall where Mona Lisa was mounted. There was no crowd unlike what the NYT write-up mentions. The author, it seems, hardly had a minute to carefully look at the painting and was pushed and shoved to get going. It reminded me of what happened at Thirupati in front of the deity. In a second I was pushed away and resultantly I do not even know how the deity looks. At Louvre we had no such problem, there were only half a dozen people and we had a very good view of the painting from up close. I took a few pictures of it and we came away happy and contented.

Howsoever critics may try and run down Da Vinci’s Mona Lisa it has been one of the masterpieces to come out of the Renaissance and has been admired for the last five hundred years – thus winning the test of time. One feels sure that the painting is unlikely to be knocked off the pedestal it has been placed on in the coming decades or even centuries.