Privatisation of Coal Mining Must be Opposed 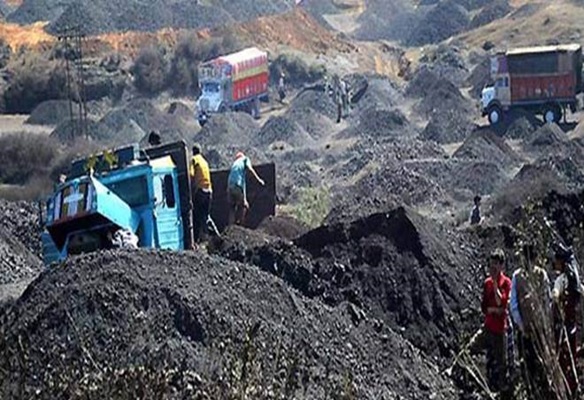 The Central Government through its Finance Minister announced on 16th of May opening the mining sector to private parties both Indian and foreign and allowing the selling of the product in open market. In fact Jharkhand Government is already counting the incoming revenue of Rs. 2,500 crores from auction of 22 coal blocs and employment of 50,000 workmen.

Jharkhand is rich in minerals but its rural population continues to remain in poverty, losing bit by bit its only asset, i.e. fertile farming land. Opening the mines and minerals sector to private capitalists will endanger our food security for millions and the farmers will be fighting the land wars on a desperate and unequal basis.

Commercial mining of coal and minerals will now be open to all private parties which have hitherto been in public sector domain. This Jharkhand Nagrik Prayas feels will result in two detrimental directions for the country. Excessive mining of our Mother Earth for satisfaction of our desire for unlimited wealth will tilt the precarious balance towards adverse climate change. Further, especially in Jharkhand, land wars will start between the weaker land owner/farmer and the financially strong industrialist over the acquisition of land for mining purpose. Large scale industrialization over fertile farming land in Jharkhand will make a mockery of CNT, SPT and PESA Acts and further damage the guarantees given to Gram Sabhas under the Constitution.

Gram Sabhas fully activated can a play a very vital role in opposing such actions under the powers given to them under the Constitution. The Gram Sabha is the fulcrum of the Panchayati Raj and village development. People use the forum of the Gram Sabha to discuss local governance and development, and make need- based plans for the village. Gram Sabhas in Jharkhand must take up this challenge of opposing all land acquisitions for mining.

The PESA ACT 1996 makes it mandatory that the recommendations of the Gram Sabhas must be sought before grant of prospective licences or auctioning of coal blocs.

Parishad, states in very clear terms that ‘mining should not be undertaken in the Scheduled Areas unless and until the proposal to do so emanates from Gram Sabha or conglomerate of Gram Sabhas.

Real development starts from below and not dictated from above and Gram Sabhas under the Constitution have been given this responsibility to steer India towards a democratic egalitarian social order.