My Notes on The Basic Laws of Human Stupidity

Carlo M. Cipolla (1922-2000) first published his long essay The Basic Laws of Human Stupidity in 1976. The essay is about seventy pages. It is now considered a classic in its own right. Apparently, it may appear like a work of satire, but it is not so. All of us have been so hammered with "pity", "compassion" and "kindness" dogmas that we hardly ever dare to talk about one of the biggest human problems called stupidity. An objective analysis of stupidity is revealing and refreshing. 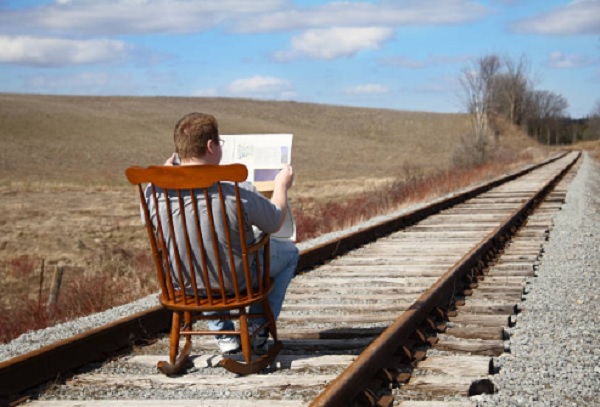 There is no need to be emotional about it because stupidity is a real problem, and it is a huge problem. There will always be more stupid people than one thinks. The number always exceeds any logical estimation. Stupid people are found in all groups. But first things first. What is stupidity? Whom can we call stupid? What is the standard definition? Cipolla gives us a gem of an answer, erudite, logical and acceptable. A stupid person is one who causes harm, and discomfort to other/s without gaining anything for her/himself is called stupid.

Stupidity is real and it causes immense damage. Stupidity puts a brake on progress, and it hampers the growth of economy. The laws of stupidity are logical. Understanding these laws will make us more aware about the issue.

There is nothing new about the fact that human affairs are in a mess. It has always been so. Human affairs have always been far from perfect. This is how life is. There will always remain much to be desired in the conditions of humans. Humans share the chain of existence with animals. Animals also face predicament, but humans have an added headache of stupid humans. The gang of the stupid is not organized and is without a chief.

The book is neither cynical nor negative in its approach as might appear superficially. It just investigates the phenomenon of stupidity in an objective manner. It is essential to study stupidity as it hampers happiness, growth and general human welfare.

The first law is that any estimation of the number of stupid people will always turn out to be an under estimation. This may look like a sarcastic comment but in reality, it is not so. It is inevitable that we may never fully get the enormous number of stupid people in circulation. So many times, it so happens that the people we thought were rational turn out to be stupid. They just crop up anywhere and everywhere. The number is very large.

The second law is that the probability of the person being stupid is totally independent of any characteristic of that person.  It is difficult to identify a stupid person. Whether we like it or not, the fact remains that all humans are not equal. Some are stupid; some are not. And this is not decoded by culture or class. One is stupid just like one is brown eyes or tall or red haired. A person is born stupid. We are not being discriminatory or unjust. Any person in any class, culture or segment of society has the same percentage of probability of being stupid. Nature has made equal distribution.

Blue collar, white collar, intellectuals, and even Nobel Laureates - all the categories have stupid people in it. In numbers, men are as stupid as women. All the worlds, first, second or third - have equal numbers of stupid people. So, it is a marvellous feat of Nature to have achieved this equal distribution.

The third chapter is named A Technical Interlude. It describes the dramatis personae, the characters in the theatre of stupidity.

The need to socialize varies from person to person. For some, the company of others is welcome and enjoyable while others somehow bear it. In any case, those who wish to socialize are more in number. Aristotle declared long back, "Man is a social animal." Whether a hermit by nature or socialite, every individual has a unique way of dealing with people and also of deriving benefit or loss or nothing for self or for society from such interactions. These gains or losses are material as well as psychological in nature. These interactions and their effects are mutual. Some people gain and the people with whom they are interacting also gain. In tether cases, it might be the loss of both or loss/gain of one party. These interactions and their results are the very basis of decoding as to who is stupid and who is not.

Loss to everyone - this is stupidity.

Cipolla says that there are four types of humans - the helpless, the intelligent, the bandit and the stupid. Normally people do not understand the enormity of stupidity. Reasonable people cannot conceive unreasonable behaviour. But the fact is that we often lose time, happy mood, energy, money or health because of some preposterous fool who has nothing to gain out of it. Why does s/he do it? Because s/he is stupid.

Chapter V is "Frequency Distribution". Most of the people do not behave consistently. Under a given circumstance, a person may act intelligently and may act helplessly in another situation. But the stupid has the trophy of behaving in a silly manner consistently in all circumstances.

The intelligent mostly behave in a manner which is beneficial to themselves and to others. The balance of the society is good when the bandit and the helpless are also slightly on the side of intelligence and act so as to benefit at least themselves. The problem arises when the helpless and the bandit tend to go towards stupidity and start harming not only others but themselves as well. "There are people who by their improbable actions not only cause damage to other people but in addition hurt themselves. They are a sort of super stupid..."

Chapter VI is "Stupidity and Power". Like other human beings, stupid people vary in their capacity to affect other people. Mostly stupid people cause limited damage but sometimes when in important roles, stupid people cause horrible damage to a large number of people. The damage that a stupid person causes depends on her/ his genetic structure (s/he being super stupid) and also on the organizational role s/he has. We cannot overlook religious dignitaries. Religious heads cause immense damage at times. In west, we have seen how the church has been instrumental in killing or humiliating geniuses like Galileo or St Joan. As we can see, stupid people sometimes cause unspeakable tragedy.

The seventh chapter is "The Power of Stupidity". We can easily understand how social, institutional or political stupidity causes damage. But we should make an effort to understand what makes a stupid person dangerous. The basic reason why stupid people are dangerous is because reasonable people do not understand stupid behavior. Intelligent people can understand bandit mind-set. The bandit wants benefits for her/himself. S/he can do it in certain situations. Their logic is that harm to others is gain to themselves. It is a bad rationale but it is a rationale anyway. If you know a bandit, you can build your defence.

But with the stupid person, any logic, defence or understanding is useless. A stupid person will trouble you for no reason, no advantage, no planning, nothing. You cannot predict their behaviour. Caught by surprise, one is at the mercy of a stupid person. Moreover, there cannot be any coherent response to stupidity because it itself is not coherent. So, reasonable people are often helpless in front of stupid people.

Chapter VIII is about the fourth basic law. Non-stupid people always underestimate the power of stupidity.  They always forget that dealing and associating with stupid people is a costly mistake. If helpless people fail to understand power of stupidity, it is one thing. It is another form of their helplessness. But the amazing part is that even the intelligent ones ignore the risk.

The IX chapter is "Macro Analysis and the Fifth Basic Law". A stupid person is the most harmful person in any given organization or society. S/he is even more dangerous than the bandit. A bandit takes away from others but gains her/himself. If the whole society turns bandit, the society would be stagnant. It will remain as it is. But when stupid people are at work, the whole society is impoverished. If bandits are slightly on the intelligent side and so are the helpless, then the society functions well. But if bandits and helpless turn towards stupidity, the system collapses. The equilibrium is lost. So, stupid people should not be allowed to become more active in society. The stupid must not dominate things. The rational and the reasonable behavior should be the norm. The bandits and the helpless must be slightly on the sensible side. This is essential for the well-being of a given society. Any country, organization or society in its journey onwards has an obligation to keep stupid people at bay. The intelligent must do it. It is the duty of the intelligent to produce enough benefits for themselves and for others that the stupid remain marginalized and that the society moves forward. If it is not done like this, the group will go downhill. If stupidity becomes the norm, the society is doomed.

This is how Carlo M. Cipolla has described the dynamics of stupidity. What he has not described is the methodology to avoid stupidity. Latest research in individual development shows that if a person is careful, does introspection, scrutinizes if s/he is having futile, jealous, negative thoughts then there is a possibility of lessening stupidity. It would be good if people in large numbers try to control their stupidity.