Appropriation of the Rainbow Colours

It was the arrest of a prominent Mumbai businessman in a case relating to filmmaking of a ‘Blue’ variety that set me thinking. 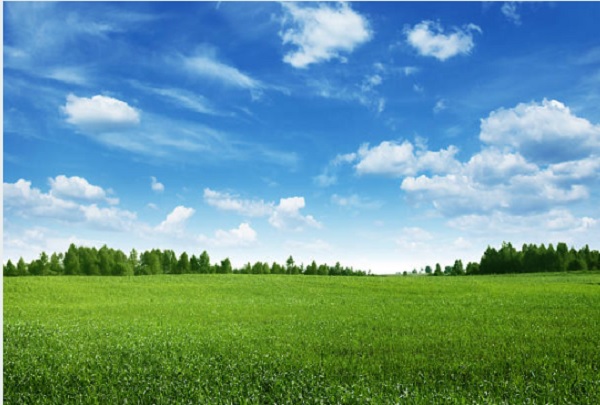 Blue is the cosmic colour, the colour of the skies, the ocean, the distant mountains, the space, and is often associated with calmness, serenity and spirituality. And as colour of the cosmos it is appropriately used to represent the Hindu concept of Godhead, that is Paramatma or the Cosmic Self. When did it become a chosen byword for sleaze, immorality and pornography?

Blue is a prominent hue in the celestial band, the Rainbow, that we often see across the skies in rainy seasons. The semi-circular, seven colour band, a world wonder of much more significance than all the seven wonders of the world put together, is not only a spectacular artistic brush stroke by nature, but also nature’s way of teaching us an important scientific principle: Refraction. Refraction of light through droplets of water in the clouds. First studied by Aristotle and followed up by Seneca in the hoary past, it was left to Isaac Newton centuries later to explain with the aid of a glass prism that light ray passing through it becomes a seven band colour spectrum, just like the Rainbow in the sky.

The Magnificent Seven of the Rainbow – Red, Orange, Yellow, Green, Blue, Indigo and Violet – (VIBGYOR in reverse order) – are great to see up above, but it is a pity some of them are put to use down below in a rather uncharitable, insensitive manner. The best example of such crass use is, of course, Blue as a byword for pornography.

There are other positive usages like Blue-eyed and Blue-blooded, but all of them pale before the widespread use of Blue to mean sleaze.

But Blue is not the only colour put to such mundane misuse. A close second is Yellow, a colour of significance for the Hindus, Buddhists and various other sects. May be because it is the colour of gold, Yellow, over centuries, came to represent money-lending and finance and became associated with pawn brokers. Worse still, during the Nazi rule in Germany, Yellow was made a colour of exclusion, with the Nazis insisting on the Jews to wear a yellow patch on their dress for easy identification.

This apart, the most important misuse of the colour is probably in the expression ‘Yellow Journalism,’ which refers to sensational, prurient reporting by the press without any regard for truth, honesty, decency or decorum. The term originated with a yellow cartoon in an American journal, and then became all pervasive. There was a time when journals with such questionable credentials could be identified easily from among the crowd of respectable newspapers and other periodicals, but with sensationalism and character assassination becoming the hallmarks of the international, national and local media now, it is well nigh impossible to distinguish between the good and the bad, between the ugly and the slimy.

Yellow’s misfortune does not end with the prurient press. In China ‘Yellow movie’ means ‘Blue movie,’ though in both cases there is no way to understand what these innocent colours have to do with the lewd and lecherous content. Songs such as ‘Yellow Submarine’ and ‘Tie a Yellow Ribbon Round the Old Oak Tree’ might have fascinated millions of music lovers the world over, but Yellow continues to have unsavoury connotations in many countries, as in the case of Russia where ‘Yellow House’ means a mental asylum. This is said to be because the first mental asylum in St Petersburg opened during the Czarist times was painted Yellow.

Green of the Rainbow band is a colour of vegetation, as also a symbol of re-birth and growth, while Red, the colour of blood, is a favourite of revolutionaries the world over as a symbol of martyrdom or of heroic killings, or both. Among the political uses of the colours we have Green as the national flag of some Islamic nations and Red as the national flag of some communist nations. Among political parties in India, we have the ruling BJP with flags of Saffron, a variant of Orange, the Muslim league with Green flags and the Marxists and Communists with Red flags.

In popular usage Green is associated with jealousy (probably it was started by Shakespeare’s famous line ‘Jealousy is a green-eyed monster that mocks the prey it feeds on,’ a comment by Iago to Othello), Red with rage or danger. Red Light is universally used in traffic control systems, but the term Red Light area or district again has an unsavoury meaning as it signifies an area where prostitution thrives.

Among the Rainbow colours only Violet and Indigo seem to have escaped the gross misuse that the others are subjected to in languages and cultures across the world.